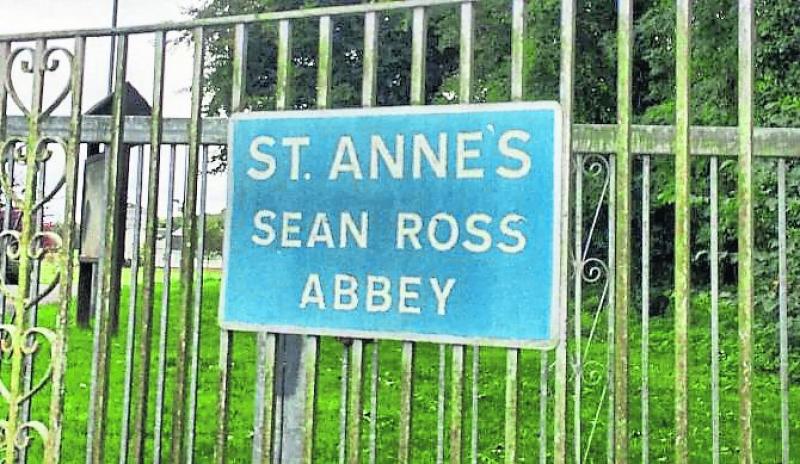 Sean Ross Abbey: Ceremony of remembrance to be held this Sunday

An occasion of remembrance will take place at Sean Ross Abbey this Sunday, September 25, to pay respect to the women and children who came into contact with the Mother and Baby Home over the decades.

The event is being organised by the We Are Still Here Sean Ross Abbey Roscrea group, who have been working to uncover information lost over the years relating to the mothers and children that passed through the institution, while also seeking to ensure areas of the site where burials have taken place are preserved.

Since the report of the Commission of Investigation into Mother and Baby Homes was published, many questions remain about the location of records pertaining to adoptions, deaths and burials at Sean Ross Abbey, they said.

In response to this, the We Are Still Here Sean Ross Abbey Roscrea group has been endeavouring to shed more light on these details.

However, as the institutional records show that over 1,000 children born in or admitted to Sean Ross died in infancy or early childhood over the decades, much detail remains unresolved, they said.

In response to this, the group has recently been focusing on getting more ground scans on-site to ascertain the burials that took place at Sean Ross Abbey for which there are no records.

The group has been engaging with the Department of Children, Equality, Disability, Integration and Youth about the practicalities of getting this work carried out and financed.

The group is happy to report that significant progress is being made in this regard.

It is expected that Sunday's event will be attended by people with links to the history of Sean Ross Abbey, with some who were adopted abroad coming back for the event.