Legendary trainer Michael 'Mouse' Morris has written to fellow trainers, owners and businesses in the racing and equestrian industry 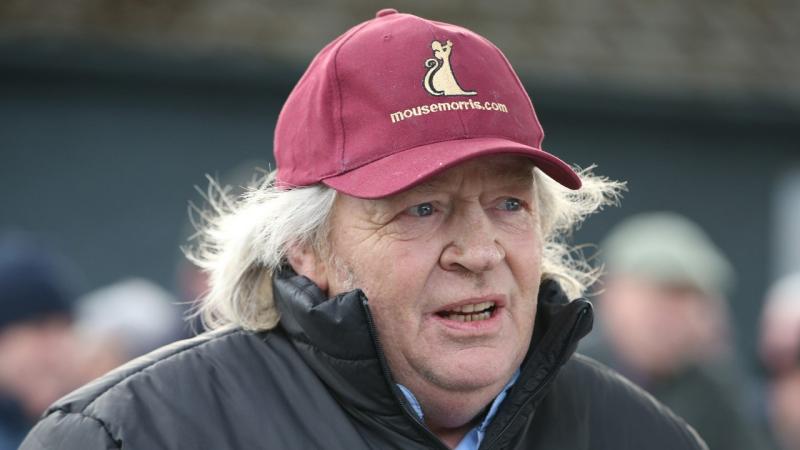 Gold Cup and Grand National-winning trainer Michael ‘Mouse’ Morris has urged the racing community to support the Irish Community Air Ambulance. The Helicopter Emergency Service (HEMS) was called to the trainer’s Tipperary yard in October after one of his staff members suffered a fall on the gallops.

The Irish Community Air Ambulance is Ireland’s first and only charity-funded HEMS Air Ambulance. It works in partnership with the National Ambulance Service and is tasked to respond to serious incidents and medical emergencies from its base in Rathcoole in North Cork.

The organisation has responded to more than 50 racing and equestrian related incidents during 2021. The taskings include falls from horses, kicks from horses and animal attacks by bulls on stud farms. Each mission costs an average of €3,500, all of which has to be raised or donated.

Mouse Morris has appealed to the racing community to join him in becoming a supporter of the Air Ambulance this Christmas. He said, “This year opened my eyes to the importance of the charity-funded Irish Community Air Ambulance when a stable employee of mine suffered a serious fall and needed to be transferred from my Tipperary base to Cork University Hospital.  If it wasn’t for the Air Ambulance, she would have been in a lot more pain and her recovery might have taken longer. It was the  type of incident that needed an airlift and so we’re very grateful they arrived so quickly. That is why I am appealing to the horse  racing and equestrian industry to support them this Christmas.”

The leading trainer has written to fellow trainers and owners in the racing and equestrian industry asking them to join with him and become a supporter of the Irish Community Air Ambulance.

It is not the first time the Irish Community Air Ambulance has been needed in racing. In 2019, David Mullins, who partnered Morris’s Rule The World to Grand National glory in 2016, suffered a crashing fall at Thurles and was airlifted to Cork University Hospital.

CEO of the Irish Community Air Ambulance, Micheál Sheridan has thanked Mouse Morris for his support. He said, “We know that having such a well-known and respected figure supporting our cause can only add to the success of this appeal.

"We have received huge support from the racing and equestrian communities since our HEMS Air Ambulance first launched in July 2019. We are really grateful to organisations like Coolmore and the IHRB through the Jockey’s Emergency Fund who have made long-term commitments to our service. We are called to the most serious and life threatening incidents many of which involve horses. Our dedicated crew, including our Pilot, Advanced Paramedics and EMT’s stand ready to respond to every call and when time is critical, they bring hope.”