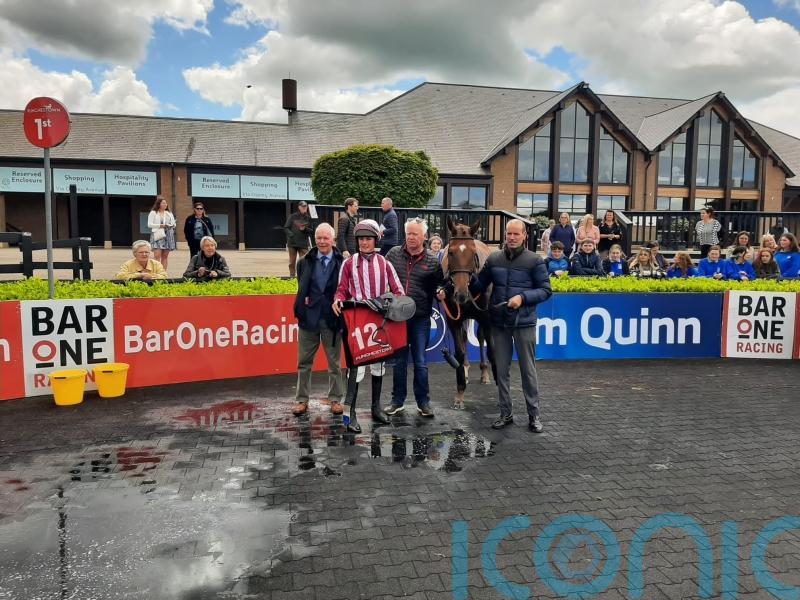 Sawbuck created his own little piece of racing history at Punchestown on Tuesday when winning at odds of 300-1.

Sawbuck created his own little piece of racing history at Punchestown on Tuesday when winning at odds of 300-1.

Trained by Cheltenham Gold Cup and Champion Hurdle-winning rider Conor O’Dwyer and ridden by his son, Charlie, he made just about all the running for a famous success.

Prior to his win, Luke Comer’s He Knows No Fear held the record as the longest-priced winner in Ireland, having also won at 300-1 at Leopardstown in August 2020, but Sawbuck now shares that honour.

Before that the biggest-priced winner in Ireland was Killahara Castle at 200-1 in 2017 – the record price in the United Kingdom is Equinoctial who won at 250-1 at Kelso in 1990.

Watch the race below:

Sawbuck had last been seen running on the all-weather at Dundalk last month and even touched 400-1 at one point in the market for the Bar One Racing Quick Deposit & Withdraw Maiden Hurdle.

Charlie O’Dwyer said: “He’s been in great form at home and after his last two runs over hurdles, I came here thinking if he could finish somewhere in the middle of them, I would have been delighted.

“The minute the flag dropped he travelled great and I couldn’t fault him anywhere. He just got a bit close to the last but he’s done it fairly handily enough.

“He likes that ground and is Flat bred and has run in Dundalk. The ground isn’t a problem for him.”

Coral reported one punter had placed £2 each-way on the four-year-old, who had been beaten by an aggregate of 98 lengths in two previous efforts over hurdles.

“After showing little form prior to his victory at Punchestown, Sawbuck went off as a 300-1 outsider for his race, however, he has matched the record for the biggest-priced winner in British and Irish racing history,” said Coral’s John Hill.

“Not many punters looked twice at the horse, but we tip our hat to the customer who placed £2 each-way on the winner. They clearly saw something others had missed.”