Hayes and Coonan selected to run for Fine Gael in election 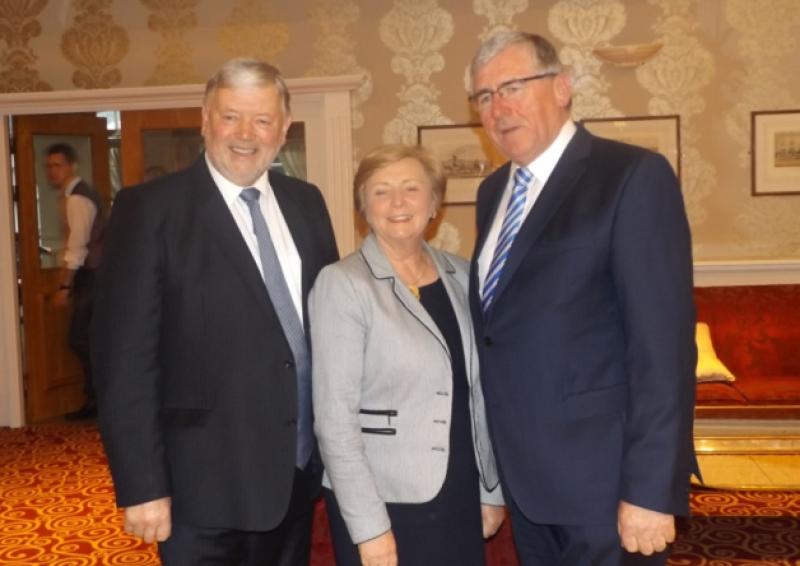 They were chosen without a contest at the selection convention in the Anner Hotel, Thurles last Friday night.

Minister Hayes, who was proposed by County Council chairman Michael Fitzgerald and seconded by Councillor Mary Hanna Hourigan, said he was honoured to again run for Fine Gael and continue to work hard for the people of Tipperary.

“As we look back now over the last five years, unemployment is down 10%, Ireland is now the fastest growing economy in Europe, international confidence has been restored and we have now started to give back to the people who sacrificed so much to put us in the position we are in today. “In Tipperary, we have secured the future of South Tipperary General Hospital, provided funding for schools and brought many jobs to the region”, he said

Minister Hayes said Fine Gael will continue to build on that work and grow not just our jobs and our economy, but also ensure that the people of Tipperary are not left behind.

“We have a booming food and tourism Industry and I will continue to work hard to ensure it reaches its full potential”, he told the convention.

“Having served the people of Tipperary for the past 13 years in Leinster House and previously to that at Council level, I want to continue working for the betterment of our county and build on the experience I have already gleaned”, Minister Hayes added.

Deputy Coonan said the next two hundred days in Irish political life will hold the key to securing the future of the Irish people for the next generation.

“It will either lead to an historic second term in Government for Fine Gael or a return to political and economic chaos.

We do not want to hand an economy in recovery over to the wreckers in the opposition. Now more than ever before people need to hear Fine Gael’s core time-honoured principals of hope and courage, honour and duty proclaimed from every rooftop across our county.

“We gather here as a proud party, proud of our past but committed to our future. We gather at a moment of critical importance for our country, for our county and for our party”.

Fine Gael will be bidding to retain its two seats in the new five-seat constituency, with the county’s representation now reduced following the amalgamation of the two former three seat constituencies in north and south,