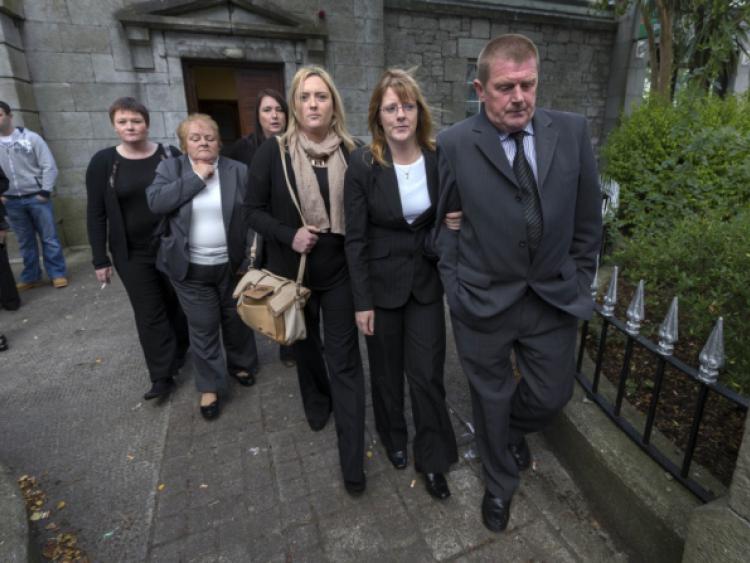 The families of two Tipperary men who drowned on a fishing trip over three years ago have welcomed the open verdict returned by a jury at the inquest into the double tragedy.

The families of two Tipperary men who drowned on a fishing trip over three years ago have welcomed the open verdict returned by a jury at the inquest into the double tragedy.

The coroner and jury decided there was no way of knowing how Pat Esmonde (36) and John O’Brien (35) ended up in the water having fished for four hours in a small Rigid Inflatable Boat (RIB) off Helvic Head in Co Waterford on the afternoon of Sunday, May 23, in 2010.

Witnesses at the inquest described how they saw one of the men struggling in the water and then disappearing underneath, just seconds before a nearby fisherman reached him. John O’Brien was originally from Golden but living in Fourmilewater while Pat Esmonde was a native of Tipperary town and living in Cahir at the time of the double tragedy. Two whale-watchers, Andrew Malcolm and his wife Anne Trimble, told the inquest in Dungarvan that, at the time the tragedy unfolded at about 5.15pm on the Sunday evning of May 23, they were using their telescopes to look for whales or dolphins on a cliff overlooking the water. Mr Malcolm said he heard a man shouting and saw someone in the sea, about 10 metres from a small boat at the time. “He had his arms raised in the air. I knew he was in trouble.”

They saw the boat of fisherman William Kett heading towards where the man was struggling. In his evidence, William Kett said he was out fishing for pollock and saw the men’s grey RIB at about 5.15pm. “I saw the man in the water’s two arms slip into the water. There was no sign of the other man. The engine of the RIB was turned off.”The owner of another fishing boat, the Mary O, which was in the area at the time, Anthony Palmer, said he saw two men swimming in the water near the RIB. Asked if it was possible that a wave or the wash from his boat could have destabilised the two men’s RIB, Mr Palmer replied: “That’s impossible because I was already stopped. My bow-wave would have been gone.”Medical evidence was that both men drowned. Their bodies were recovered about 300 metres from the shore, in water 18 metres deep, by navy divers.