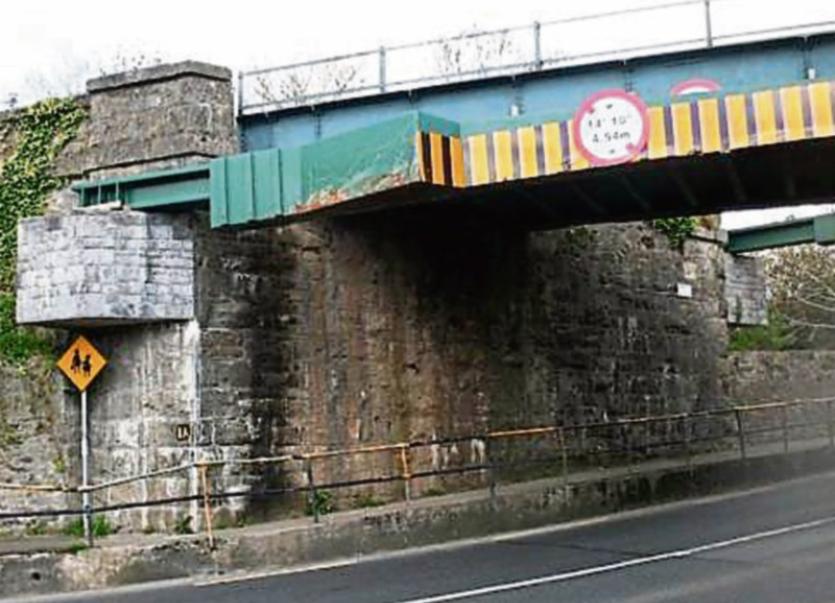 Traffic is reported to be flowing smoothly in Carrick-on-Suir town centre today (Thursday) on the first day of the temporary closure of the N24 Pill Road to facilitate the replacement of a rail bridge.

Carrick-on-Suir Cllr. Kieran Bourke praised Tipperary County Council on the traffic diversions and traffic  management plan it has put in place while this major route is closed (from 8pm last night Wednesday 22th February to 8am next Monday 27th February).

"I just want to say so far so good. The shuttle bus service is working well, the flow of traffic through the town is working well and a great job has been done on road signage and road closures," he told council officials.

Extra gardai are on duty in Carrick-on-Suir today to ensure smooth traffic flow at busy junctions on the road diversion routes.

THE ROAD DIVERSIONS ARE AS FOLLOWS:

3. Diversion routes using the Regional Road R680 to cater for heavy vehicles will be clearly sign-posted. Other routes using local roads will be available, but will not be signposted.

Street parking is currently banned on New Street in Carrick-on-Suir as it's one of the main traffic diversion routes and parking restrictions are in place on parts of Main Street at the junction with Dillon Bridge and around the Westgate area for the duration of the Pill Road closure.

Vehicles are allowed park for free in the Council's New Street Car Park opposite the Town Hall to reduce the amount of parked vehicles on the town centre's streets.

Businesses along the diversion routes have been advised to avoid deliveries of supplies during the days the Pill Road is closed to help prevent traffic congestion. If that is not possible, businesses are being urged to work with delivery companies to ensure they do not have to double park.

Meanwhile, emergency access is being provided at all times within Carrick-on-Suir via a private link road between Cregg Road and Hawthorn Crescent at the Greenhill Village estate off the Pill Road.

A free shuttle-bus service is operating for pedestrians along this link road. The bus runs from 6am to 2am daily and will run all night on Saturday night/Sunday morning, February 25/26. An extra bus will be provided between 12 midnight and 4am that night to facilitate residents returning home after socialising in the town centre