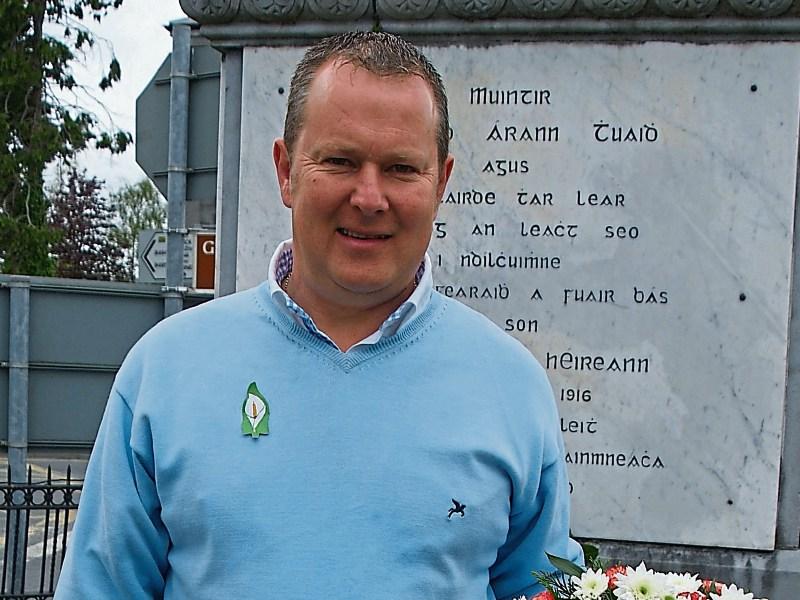 A defiant Cllr Seamus Morris has vowed to fight on following a decision by the Tipperary Sinn Fein Comhairle Ceanntair to expel him from the organisation.

The dramatic news broke early this Tuesday when the local party issued a statement on the matter.

However, he said the issue was affecting him mentally and said he would only stay in the party “as long as my mental health stands up”.

He was adamant that he was “staying in the party until we sort this out”.

Cllr Morris revealed that he had spent time in hospital a few weeks ago “on the flat of my back” and that he believed that was caused by the stress of what he was facing.

He also said the entire episode was upsetting his family.

The postman who has been Mayor of Nenagh Town Council twice, said that the Comhairle Ceanntair had acted incorrectly in issuing its statement and had not followed procedures.

The Comhairle Ceanntair consists of an executive and around 40 members who regulary attend meetings of the party that are open to all SF members.

“I have the support of the majority of councillors in Sinn Fein in Tipperary,” he said.

And he maintained that he had the support of the majority of the party in Sinn Fein in the county and claimed he had received “many” incredible” messages of support from with the party and from others since the shock news broke.

Cllr Morris said that the controversy that has rocked not only the local party but also other politicians in Tipperary, told the Tipperary Star the issue “had not come out of the blue”.

“There is a hostile environment in Sinn Fein's Coimhairle Ceanntair in Tipperary that councillors are expected to operate in,” he said.

Cllr Morris described those who had initiated the move against him and two other councillors as an 'element” in the local party.

The three-time general election candidate who polled over 6,700 votes in 2016, said that there were some who were out to blacken his name, but he would fight that legally.

He was aware that rumours were circulating about him, but he wouldn't allow an “element to take down my good name”.

“Those slanderous rumours will be dealt with,” he declared.

Cllr Morris pointed out that since he first ran for election, he had brought the party's vote in Tipperary up from 400 votes to what it stands at now.

Apart from his general showing, Cllr Morris achieved 1,700 votes in the last local elections in 2014.

“I always paid for every election out of my own pocket. The cost of my elections has been borne by myself and my family,” he stated.

Cllr Morris blamed a “politburo” made up of members of the party in South Tipperary for “spreading" the stories.

He agreed that part of the campaign could be people “jockeying” for position to contest the next local and general election. But he pointed out that he had already ruled himself out of any future national elections.

“There could be a plan to get me out of Nenagh, but I am made of tougher stuff,” he said.

The Morris name is synonymous with Sinn Fein with the family's ties going back to the founding of the State and the fight for independence.

And he also said that there were still SF members who only wanted to be “negative” and “unfortunately they still have control in Tipperary. They want to say no to everything and not work with people.”

He said he would prefer to be positive, rather than negative.

He agreed that some in Sinn Fein could not accept that the party was now appealing to a wider audience that was not always entirely republican.

Hinting at local reaction to the UK elections and calls for Sinn Fein to take their seats in Westminster, he said that former Northern Assembly deputy First Minister Martin McGuinness had “set the bar high”.

Referring to how he had not pushed for the d'Hondt system to elect the new Cathaoirelach of Nenagh MDC last week, he said he had realised that to get things done you could disagree with how things were done but still work with people.

“We are better off to work together,” said Cllr Morris.

Even though he received the second highest votes in the Nenagh area in the 2014 local elections, because of a pact between Fianna Fail, Fine and Labour, he will not get to serve as Cathaoirelach of the MDC. However, he was elected leas-Chathaoirleach only last Thursday.

“I will have to think whether or not I'll take leas-Cathaoirleach,” he revealed.