Number of families increases by 268 in Tipperary

Deirdre Cullen, Senior Statistician: “This profile report on Households and Families examines the family situations and living arrangements of the Irish population in April 2016. It provides a wealth of information and analysis on topics such as marital status, same sex civil partnerships and the different types and sizes of family composition and households”.

Census 2016 marked the first time that this relationship category was recorded in an Irish census, following the enactment of civil partnership legislation. There were 70 people in this category in County Tipperary, and 4,226 in the State overall.

A summary of some of the headline results from Census 2016 for County Tipperary, together with comparisons for Munster and the State as a whole can be seen in the following table: 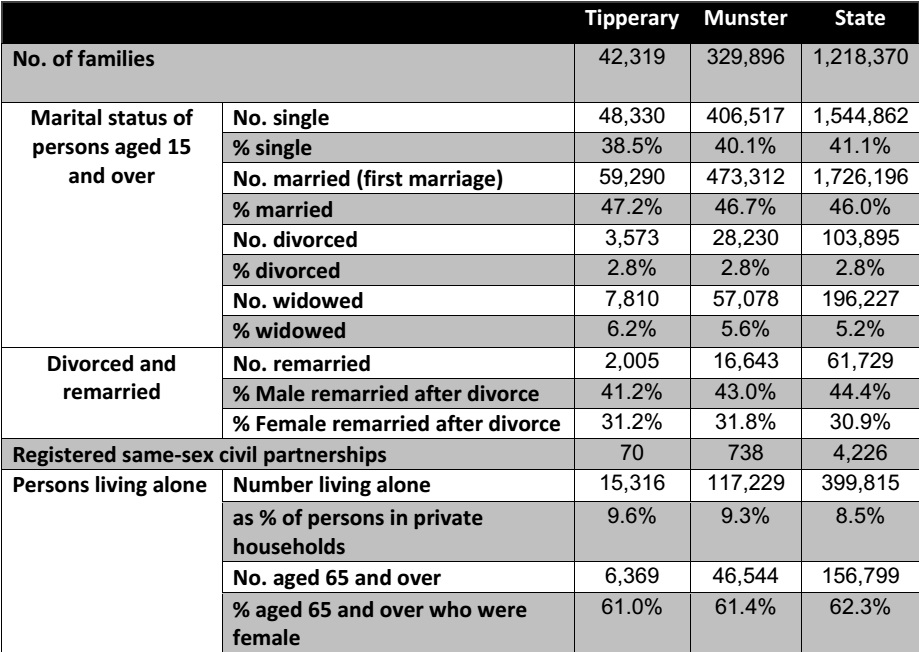 The full report is available on the CSO website at www.cso.ie/en/census/ along with all the data which is available in a range of interactive web tables, allowing users to build their own tables by selecting the data they are interested in and downloading them in an easy to use format for their own analysis.