Cabragh Wetlands - The stuff of life 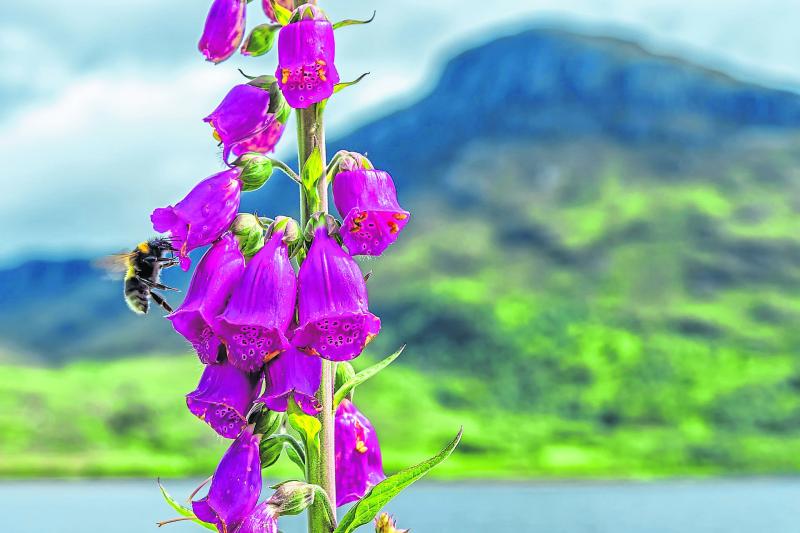 Cabragh Wetlands - The stuff of life

Pollination is the core activity of the natural world and from now on the colours, sounds, designs, etc of nature are totally geared to that one activity.

Not alone is it central to the natural world but any reduction in the activity of pollination puts the very existence of life on the planet in jeopardy. Insects have been pollinating flowers for over one hundred million years and are now inseparable. Some have developed together to the point where only one insect can pollinate a particular flower but not all are specialized to such an extent.

In general, one group of insects visits one group of flowers. Among the pollinators are birds and bats but insects are the most important. 90% of all flowering plants are pollinated by insects including one third of all crops grown for human consumption. Beetles are not effective pollinators as their bodies are too shiny and sometimes damage flowers. Flies pollinate a lot, so do butterflies but bees are the most important. Beautiful butterflies are attracted to bright colours but they like a landing platform and sit on the edge of flowers and so are not very effective pollinators.

Many flowers are designed in such a manner that a visiting insect inevitably carries pollen from the male to the female part of the plant. Orchids have developed complex bizarre arrangements to assure this. Some secrete nectar to attract small bees, then prevent them from escaping with a curved slippery wall and finally placing stiff hairs to assist them to climb out through a narrow exit, thereby dusting the stamen with pollen. Another amazing ability of some flowers is colour shifting whereby the flower changes colour after being pollinated and thus directs the pollinators towards unvisited flowers. Some flowers have other wily tricks! The bee orchid resembles and smells like female bees and the male in frustration will fly from one flower to the next and in the process pollinate the flowers. Even flowers with no smell, like fuschias, are designed to dust a bird’s head with pollen as it hovers.

Bees deliver pollen to more flowering plants than any other group of insects. They are well adapted with their heavy bodies that trap pollen grains and many species have special pollen sacks on their hind legs. Bees are attracted to bright yellow and blue flowers. They cannot see red but can detect UV colours which show them nectar guides. Although honey bees are the most important pollinators, wild solitary bees are also very important. Bumble bees are capable of buzz pollination where they land on a flower and vibrate. Insects need to warm up their muscles to fly and bumble bees can generate heat by flexing their muscles without moving their wings.

Consequently, they can work earlier in the season, earlier in the day and further north. They have evolved closely with many wild flowers such as the foxglove whose flowers are just the right size for the bumble bee to enter. The very popular garden flower, snapdragon, is designed for a bumble bee of just the right weight to trip the opening mechanism.

You, as a gardener, can help this most wonderful and essential process. Nice tidy gardens with large lawns are not pollinator friendly so let a corner of your garden grow wild. Shrubs such as dogwood, cherry, plum, willow and poplar will provide nectar early in the season when food is scarce. Provide food for caterpillars e.g. nettles, thistles, clover and dandelions. Provide shelter and water. Above all else, hold back on the insecticide and the pesticide, even the organic ones.

There is a crisis looming in world agriculture due to the lack of natural pollinators. Ireland exports many bee colonies to heavily industrialized agricultural countries. There are increased worries about genetic diversity, species diversity and eco-system diversity.

It has been a busy few weeks at Cabragh. The heavy rain and flooding led to the cancellation of a few school visits but the Ursuline TY, the LWALO (an umbrella group for river catchments all over the country), Tipperary Co. Co., art classes, first aid courses, music lessons and Irish dancing have continued.

We celebrated another key date in the year with the Spring Equinox at 8 o’clock on March 22nd. On Saturday next we celebrate Pilgrim Path Week, with a walk from the Cathedral to Holycross Abbey. Registration at the Cathedral at 9.30 €10 for adults. As with our walk last year we have invited members of the Syrian community to join us on the day. We follow the River Suir to Cabragh Wetlands where we take a short break. From there the group is invited to walk in silence to Holycrosss. Light refreshments are provided on arrival at Holycross and a tour of the Abbey is available. Don’t forget the big cookery night in Holycross on April 12th. Tickets available from Cabragh Wetlands at 0504 43879 or from committee.