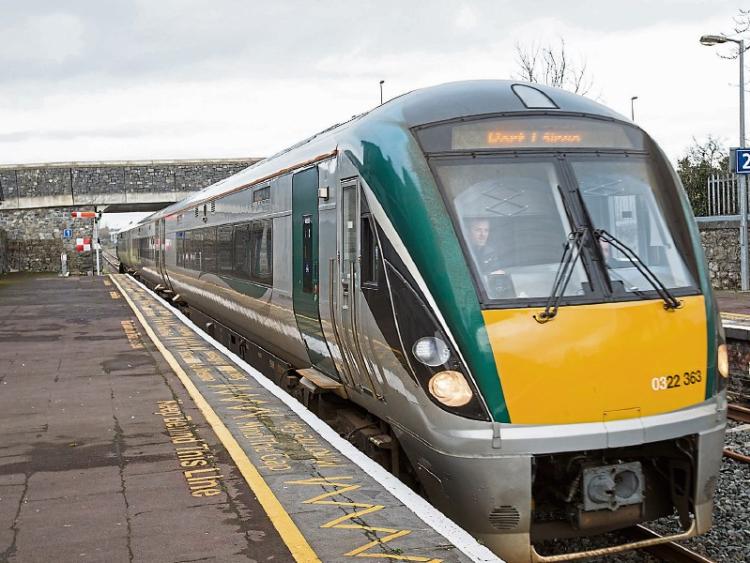 Iarnród Éireann has given an assurance the Waterford to Limerick Junction rail service will resume as part of the restoration of its full network of train services after the lifting of Covid-19 pandemic restrictions.

The rail service that links Carrick-on-Suir, Clonmel, Cahir and Tipperary Town with the major inter-city rail services operating from Limerick Junction and Waterford City was suspended in March due to the Covid-19 pandemic lockdown.

Tipperary Sinn Féin TD Martin Browne said he has raised the closure of the Waterford to Limerick rail service as well as the closure of the Limerick to Ballybrophy rail line serving north Tipperary with Iarnród Éireann and Transport Minister  Shane Ross as he is concerned they won't be resumed after the Covid-19 crisis.

The Cashel based TD said he had hoped a resumption date for the services would be announced as part of the Government's roadmap for lifting the Covid-19 restrictions but this has not  happened.

He said he received no clarification on the future of the services in the response he received from Irish Rail and the Transport Minister to his query.

Deputy Browne complained both rail lines have already suffered from downgrading and a lack of investment despite the clear benefits rail links provide to Tipperary for the development of the economy and in reducing traffic on the roads and carbon emissions.

"As well as clarifying when both lines are expected to reopen, the Minister and Irish rail need to make a commitment to ensuring the continuation of both lines into the future,” he added.

However, Iarnród Éireann spokesperson Barry Kenny told The Nationalist the Waterford to Limerick Junction rail service will be returning but he was unable to give a date at this stage as to when this will happen.

He pointed out the overwhelming majority of people were still being advised at the moment to avoid non-essential travel.

Mr Kenny said the Waterford to Limerick Junction service will resume when Iarnród Éireann builds back up to its full network of services following the lifting of  Covid-19 travel restrictions.

“I can't tell you what date that will be but we are working with the National Transport Authority on this and will ultimately restore the service on the route.”