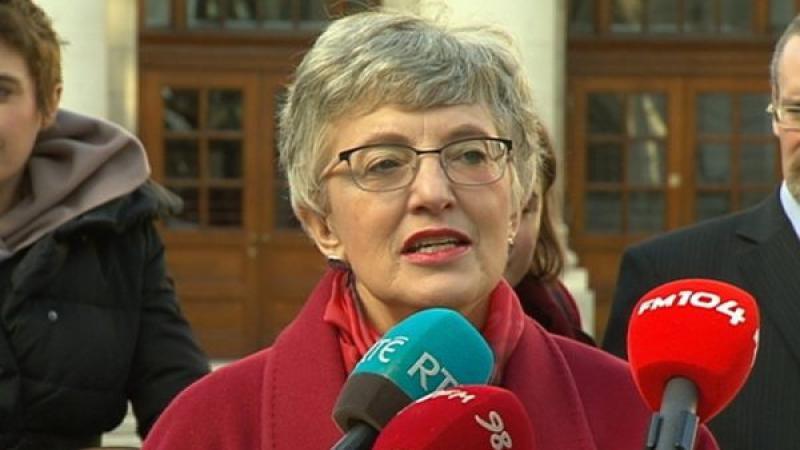 The “Zappone-gate” controversy which has plagued the government parties in Dáil Éireann in the final few weeks of summer has no signs of abating as we move deeper in Autumn.

The matter in itself is a relatively minor one - a storm in a tea-cup you might say - but as it meandered onwards gathering more and more broken glass, the end result could be death by a thousand cuts.... for somebody.

The issue of the offering, or otherwise, of the role of envoy to former Minister Katherine Zappone is almost an aside now. The suggestion of cronyism is not without foundation -whether or not she was well qualifed for the role is by the way. There could well have been many others who would have been suitably qualified for the position also, but who never had the chance to apply.

At this stage, all parties have eventually been dragged kicking and screaming to the conclusion that better procedures must be adopted going forward. Grand so, that should end that controversy.
Not so, I'm afraid.

The government is still limping badly having been kicked in the shins and the biggest problem of all appears to be that cross-party Cabinet team mates are not prepared defend the honour- if that be the right term- of each other.

The tension between Ministers is leaping off the airwaves; backbenchers are raging with their leaders - especially within Fianna Fáil - and frankly, the general public are sick to the teeth with the constant barrage of conflict - were it not for the Covid-19 pandemic, it is quite likely that this government would have fallen long ago.

While credit must be given for the manner in which the pandemic was handled as a whole and in the overall attempts to keep people safe in what was a most trying time, the fallout from the latest controversy - the Zappone one that is - cannot be just brushed away and swept under the carpet. Too many serious issues have been raised to allow this to be just another spat between the opposition and the government.

For one, the use of parliamentary privilege has come under real scrutiny as Sinn Féin availed of it to point the finger in the direction of Minister Simon Harris as being the source of a leak from Cabinet. A leak from Cabinet? Sure, over the last year alone there have been more leaks from there than the stricken Titanic. And, they are not all coming from one source either.
So, while use, or abuse - depending on your viewpoint - of parliamentary privilege is being shouted from the roof tops, attempts to deflect the real issue of the leaking of important, confidential information has become a side one. And, it ought not to be - in fact, it is perhaps the most serious concern of the lot and one which should be subject to full Garda investigation.

Cabinet confidentiality was written into the Constitution for a reason - we even had a referendum on the matter. And, those who sit around the Cabinet table ought to be severely reprimanded and stripped of their portfolios should they be outed as leakers. Trouble is, one suspects there wouldn't be too many Ministers left sitting.

The various lockdowns and the addresses from An Taoiseach Michéal Martin, to announce the next steps forward on the roadmap to living with Covid were a prime example of the leaking culture. Here was the head of government delivering his own personal urbi et orbi to the nation. Trouble was, everyone already knew what the address contained and what the salient points would be. Why? Because it had been leaked from Cabinet well in advance.

So, the Taoiseach's breaking news was not exactly breaking news at all because somebody had already broken it by breaking rank. The suspicion within Fianna Fáil, was that their government bed fellows were guilty and the actions were undertaken in an attempt to sideline the big announcement and to leave the Taoiseach looking rather silly.

Leaks are a constant - the Tanaiste, though incensed at the suggestion that Minister Harris was fingered as a source of the most recent controvery, was himself under intense scrutiny not so long ago as gardai investigated the sharing of a confidential document with GP colleagues. That was before he attended the Zappone birthday bash and the concert in London which again inflamed the public ire.

Leaks are undoubtedly the outcome of close relations between those in the know and the media. But, no matter how close those relations may be, there is no excuse for confidential information finding its way into the public domain. It is inexcusable and should not be tolerated

Somebody ought to be falling on their sword. But, it won't happen. Why? Nobody wants and election.