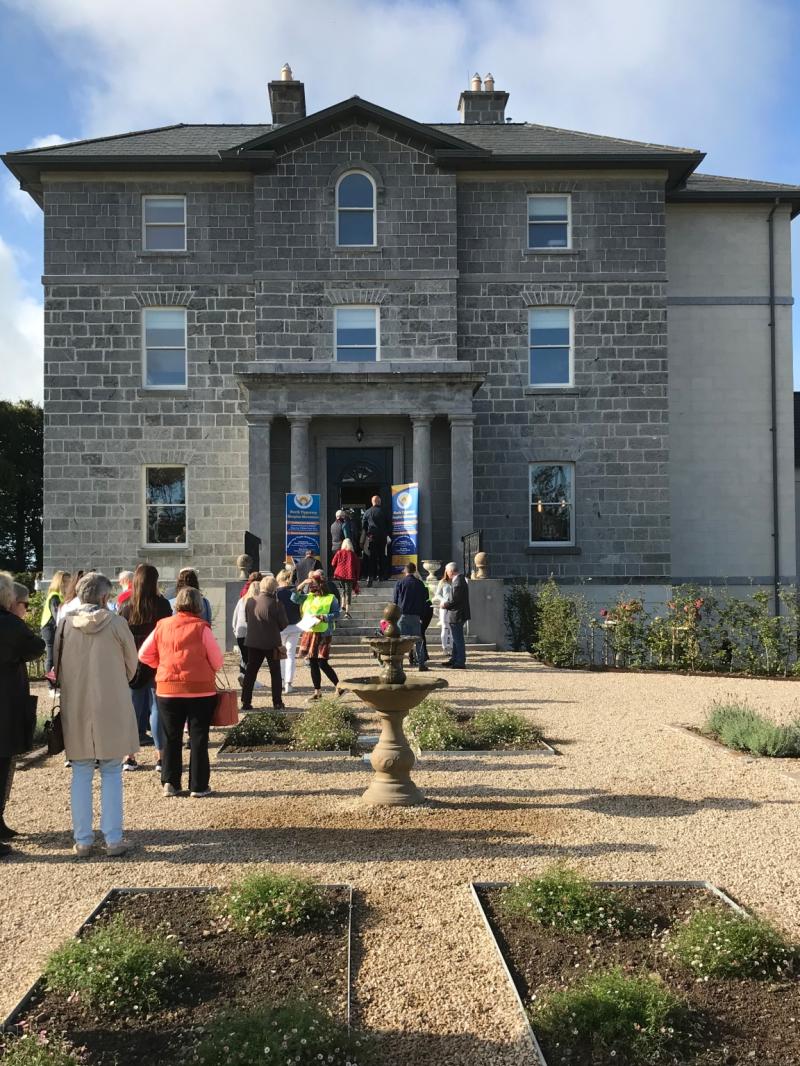 The people of Nenagh and north Tipperary came out in their hundreds last weekend to support the local hospice movement - and get a glimpse of one of the finest period houses in the area.

Bought in 2014 by William and Emma Kennedy, Solsborough House on Nenagh’s Dark Road has undergone a major six-year restoration project.

And to mark its return as a family home, the Kennedys opened their doors to the public on Saturday and used the occasion to raise much needed funding for North Tipperary Hospice Movement.

“It's such a great cause,” said Ms Kennedy. “Talking to them we knew their funding had been hit. Everybody has been affected by cancer and the people of Nenagh have been so generous coming here today.”

She revealed she had budgeted for a crowd of around 250 or maybe 500 turning up, but in the end over 1,500 people, not including children, passed through the doors, and they had had to replenish the complimentary cakes and buns that went with the €5 admission.

The chair of North Tipperary Hospice Movement, Paddy Heffernan, thanked the people of Nenagh for being so generous.

“We were absolutely blown away by the response,” he said. “We are so thankful that we are the ones to benefit.”

Pointing out that they needed €400,000 each year to run their service, which is free of charge, he hoped that last Saturday’s event would kickstart their fundraising activities again.

“The biggest effect the pandemic has had one us was our ability to put a bucket in front of someone. Last Saturday gave the people an opportunity to support the hospice,” he said.

Mr Heffernan said the restoration work on Solsborough House had been a fantastic project for the locality and the Kennedys had brought about an “amazing transformation” to the house.

Ms Kennedy said that, where possible they had used local craftspeople and that the “wonderful team had their backs all the time”.

She said that the high quality of their work would provide a lasting benefit to future custodians.

The Kennedys become only the third family to live in Solsborough after the Poes and the O’Briens.