Rugby in Tipperary: Cashel rue lost opportunity away to Limerick side UL Bohs 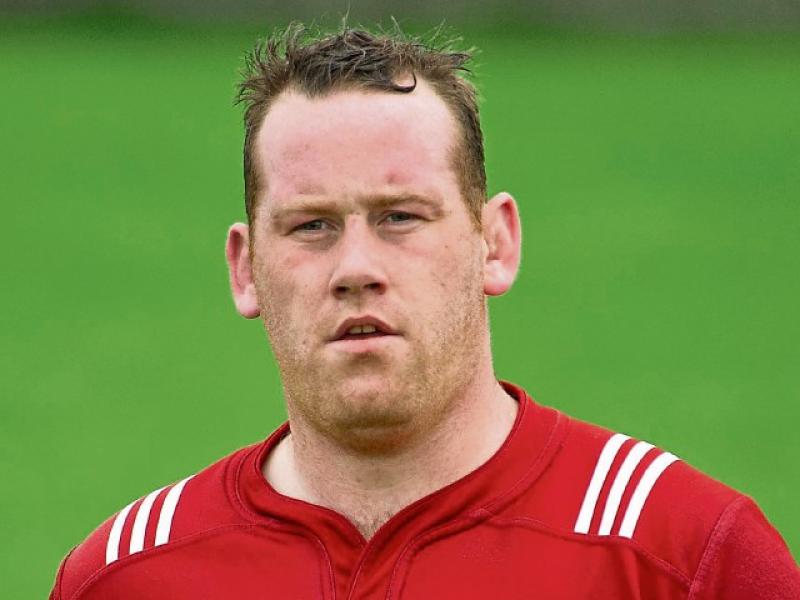 Niall Fitzgerald was among the Cashel try scorers against UL/Bohs last weekend.

ALL IRELAND LEAGUE DIVISION 2A

Following the loss at Buccaneers on October 2nd in the first round of the All Ireland League, Cashel were scheduled to meet Nenagh at Cashel in the secound round on Friday night October 8. Unfortunately Nenagh had a suspected COVID case and the match was cancelled very late on match day with the result being declared a 0-0 draw and each team awarded two league points.
It was extremely disappointing for the Cashel club as a large crowd was expected and an opportunity to compete for the full range of points available, with home advantage, was denied.
Cashel then travelled to Limerick on Friday night last to take on UL/Bohemians in round three. Once again the result went against them with the home team winning on a scoreline of 18-14
The game was played in perfect conditions on the UL 4G artificial pitch which meant it would be played at a fast and furious pace. UL/Bohs knocked on from the kickoff which gave Cashel field position. They ripped into the home defence and on four minutes were awarded a penalty which Steven McMahon slotted to put them three points ahead.
UL/Bohs kicked long into the Cashel defensive area, Cashel were penalised and from the resulting lineout maul UL/Bohs drove for the line. Cashel infringed, received a yellow card and the home team were awarded a penalty try.
Down to 14 men they battled manfully and brought play back up to the home 22 where they were awarded a penalty which Steven McMahon kicked to narrow the gap to a point. Three minutes later Cashel missed touch with a clearance and UL/Bohs had a lineout on the 22. As play developed they were awarded a penalty in front of the posts and went four points ahead. Play swung from end to end with both teams willing to run the ball at every opportunity.
Both defences were strong and the forward battles were tough and hard. Cashel had an edge in the scrums but UL/Bohs had the better of the lineouts and Cashel found it difficult to get field position. However just before the water break a wonderful Cashel maul brought the ball over the line but for the third time in two games they were deemed to be held up and possession was turned over to the home team.
UL/Bohs dominated most of the second quarter but the Cashel defence held solid. It must be said that the UL/Bohs defence was extremely well organised and scoring opportunities were scarce. Five minutes befoer half time Cashel were running the ball inside the UL/Bohs half but a pass was intercepted and the home team scored a try in the corner.
Cashel had one last chance as half time approched. UL/Bohs knocked on ten meters out but there was no time for the scrum and the half time whistle blew with UL/Bohs leading by 15 points to 6.
The second half saw Cashel putting more pressure on the home team. They defended well and kept the pressure on. Cathal Ryan, Niall Fitzgerald and Jonny Blair were excellent in the front row of the scrum. Fearghaill O'Donoghue and Kieran Ryan were carrying ball at every opportunity. The McMahon brothers Steven and Alan were in the thick of the action at full back and mid field.
Ten minutes into the second half Daragh Lyons kicked from his own half inside the UL/Bohs 22. Cashel had the lineout and used the maul to excellent effect as they powered over the line for Niall Fitzgerald to touch down for a try.
There was now only one point in it and as Cashel piled on the pressure the UL/Bohs decipline began to slip and a number of hefty challenges earned them two red cards. This was an opportunity for Cashel to use their superior numbers but credit must go to the home team who dug deep.
With 15 minutes left Cashel gave away a silly penalty that gave the home team an easy three points and meant Cashel needed a try to win the game. They pounded the defence but could not break it down. With a few minutes remaining they drove for the line with a cetain try at their mercy but the referee adjudicated that a player was in an offside position and he awarded UL/Bohs a penalty and the chance was lost.
Cashel had enough possession and a numerical advantage but a number of errors cost them a game which was there for the winning.
Final score UL/Bohs 18 Cashel 14.
BACK TO LIMERICK
On Friday night next Cashel travel to Dooradoyle to take on Garryowen in the Munster Senior Cup semi final.
Cashel team (1-20): C Ryan (C), N Fitzgerald, J Blair, A Butler, F O’Donoghue, K Ryan, J Ryan, M Wilson, J Pickering, D Lyons, A Dunne, B Murray, A McMahon, R Kingston, S McMahon, R Foot, R Moran, B Crosse, O O’Suilleabhain, D O’Neill.