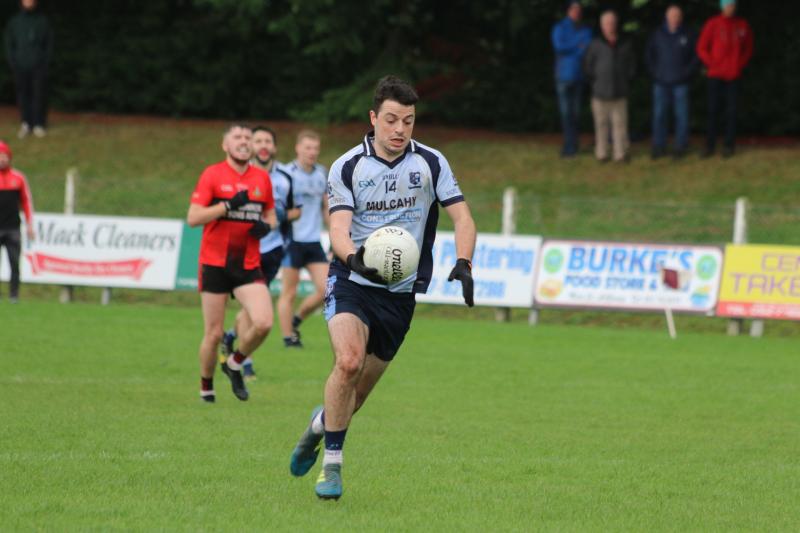 In the only all-South Division quarter-final clash of the weekend Moyle Rovers overcame Ballyporeen by five points at a wet and blustery Ardfinnan this afternoon (Saturday). But as contests go, it was a very disappointing spectacle however, the Powerstown/Lisronagh side only pulling through in the end without ever really hitting top form.

In fairness to both outfits conditions weren’t conducive to good football, but even allowing for the elements it was a mistake-ridden game with very little flowing football or creativity over the hour.

That said, an injury-ravaged Moyle Rovers stood up to the not insignificant test put to them by Ballyporeen with only three points separating the sides approaching the second half water break. But calling on all their experience of involvement over the years at the business end of the championship the Monroe outfit steadied the ship and pulled clear without too much stress in the end. From here on in though it will be a whole different story if they are to get anywhere near the O’Dwyer Cup in a month’s time. They will know that themselves better than anyone else.

The obvious difference on the day between the sides were the two first half goals which Rovers produced when most needed, both well-taken efforts from Riain Quigley and Diarmuid Foley.

Ballyporeen who had started positively deservedly led 0-3 to 0-2 at the first water break. They had the first two scores of the game from Tommy Sweney and Fionán O’Sullivan, both excellently executed, before Liam Boland got Rovers up and running with a counter-attacking point in the 11th minute.

Fourteen minutes in Christy English set up Darragh Lyons for a point for Bally' before Shane Foley produced a marvellous individual effort running from halfway to send over a rousing point just before the water break.

The industrious Riain O’Callaghan played a huge part in the creation of the next Bally' score which Darragh Brennan converted to keep his side ahead by two after 23 minutes.

But quickly it all came asunder for the rank outsiders with Moyle Rovers hitting the net twice in a five minute period.

The first of these goals came in the 23rd minute. A long ball in from Liam Boland saw Quigley steal in behind his marker to collect the delivery and from there on in he was always favourite to score, and duly obliged.

Five minutes later their second three-pointer arrived. The long-serving Diarmuid Foley gained possession out on the wing and with that burning pace he possesses he came in along the end line, gave himself the space to shoot, and buried his effort beyond Mikey Sweeney. 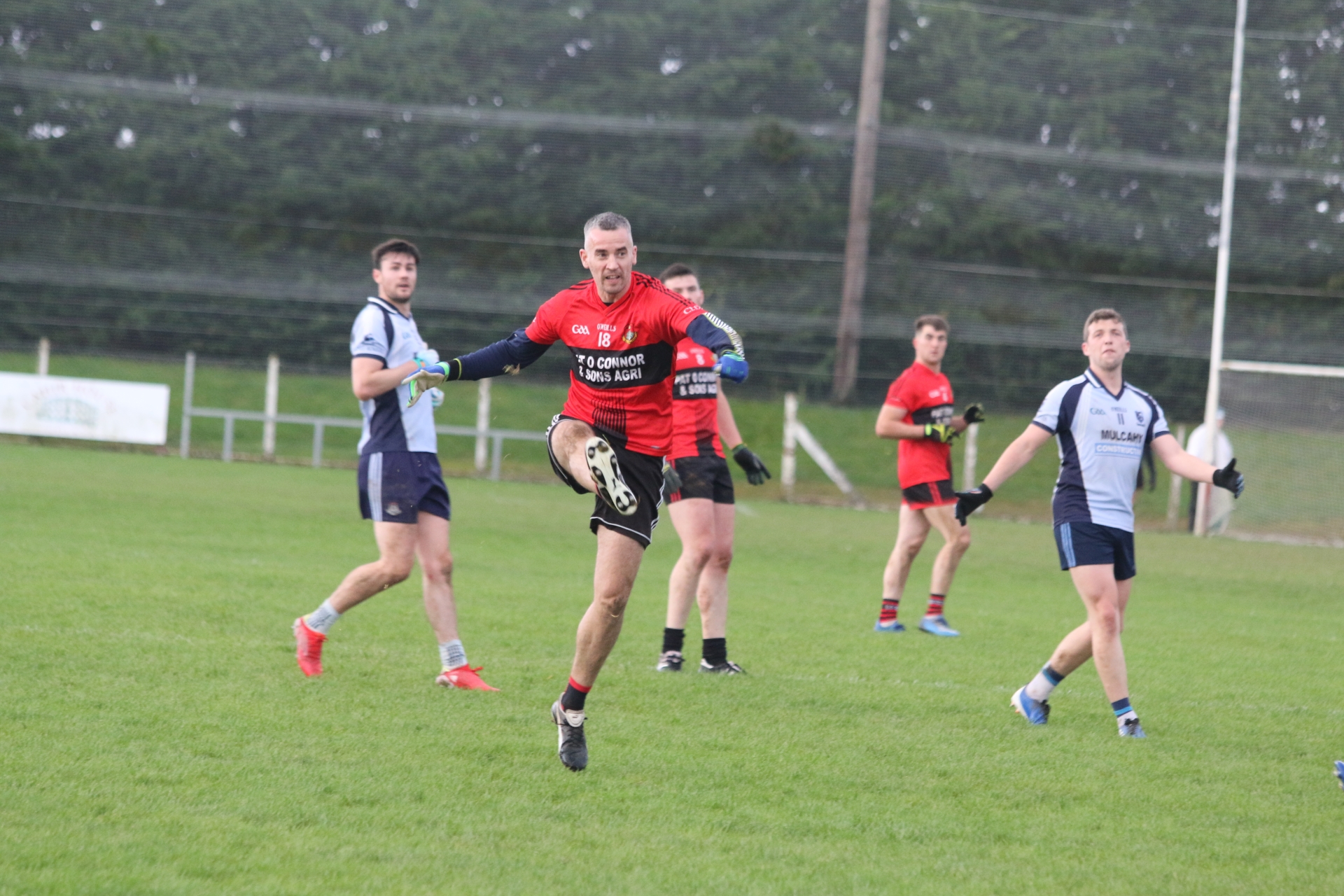 Ballyporeen's Eoin Kearney scored a fine point for his side just before the half-time interval in today's match against Moyle Rovers at Ardfinnan. Pic: Seamus Hennessy

With two frees from Liam Boland to go with those green flags the Rovers went from two in arrears to lead by 2-4 to 0-5 at half-time. That final point of the first half perhaps the best of the game with Christy English, John O’Callaghan and Eoin Kearney combining before Kearney kicked the score.

Credit to Bally’ they took up the challenge once more on the resumption and pretty much bossed the third quarter, rewarded by two Conor Sweeney frees and a Christy English point in the 44th minute after good work again by Riain O’Callaghan. The margin was back to only three points when just on the second half water break Riain Quigley kicked a super point after Shane Foley found him with a good pass.

Four minutes later Quigley repeated that dose with another excellent effort from 35 metres, this time half-time substitute Dara Ryan involved in the build-up.

That brace of white flags took some of the anxiety out of the Rovers team who had to start the day, amongst others, without first-choices Tadgh Fitzgerald, Stephen Quirke and Morgan Irwin due to injuries. With David McGrath and Diarmuid Foley also being substituted with knocks, these are worrying times on the Scotch Road for sure.

Ballyporeen’s Thomas Vaughan responded with a point 11 minutes from time quickly replied to by Dara Ryan point to leave it at 2-7 to 0-9 with 10 minutes of play remaining.

Two Liam Boland frees stretched that advantage before Ballyporeen finished the game with the last score a fisted effort from John O’Callaghan that bobbled somehow over the crossbar.

Most prominent for Moyle Rovers on the day were Danny Owens, Shane Foley, Riain Quigley, Richie Power, Diarmuid Mulcahy and Ben Owens. Ciarán Kenrick had little to do but saved superbly late on getting down low to deny Bally a certain goal.

For Ballyporeen there were hard-working displays from Riain and John O’Callaghan, Noel Vaughan, Eoin Kearney, Conor and Tommy Sweeney.