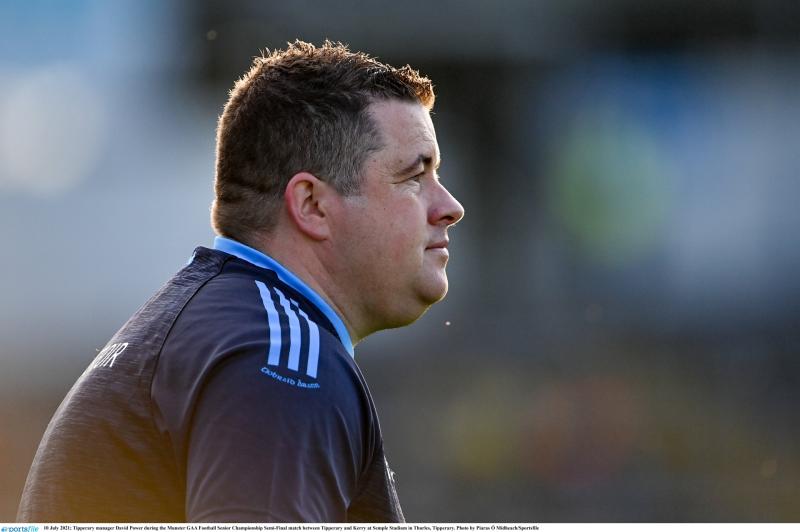 Tipperary Senior Football manager David Power has expressed his disappointment after Proposal B for next year’s football championships was defeated at Special Congress in Croke Park last Saturday.

The new proposal, which would have seen the provincial championships moved to a round-robin format in spring with the league linking to the championship in the summer, failed to reach the 60% majority needed to pass, registering just 50.4% of the vote on the day.

Widespread disappointment was shared in the aftermath of the news around the country, and Tipperary manager Power described the outcome as “very disappointing” and feels it was an opportunity missed.

“I would have been very much in favour of Proposal B coming in,” Power admitted.

“Look, it wasn’t perfect, but it was the best and most viable option and I think it would have given so many counties and players a bounce and a lift going into next year.

“But I think what the vote on Saturday does show is that people in the GAA do want change at the next congress next February.”

With the 2022 season about to have an all too familiar look about it again, Power was quick to emphasise that the make up of the next committee for bringing forward an alternative championship structure is vital if meaningful change is to come about.

Power said: “I think it's hugely important for the set up of the next committee to have current managers and intercounty players involved to make sure that all parties involved in this decision are well represented on the committee.

“That would ensure that they can come back and put a mandate forward which is wanted by all counties, because it is quite obvious that we are heading into a new season where a lot of people are unhappy with the current structures.”

While a number of the bigger counties were very vocal in their opposition to the implementation of Proposal B in the run up to congress, Power was especially surprised with the number of weaker counties who voted no, who were set to benefit from a more prolonged season with more matches, with the likes of Antrim, Fermanagh, and Derry all opposing the motion.

Power believes that the current structure will have continuing detrimental effects on the game if the solution isn’t found in the short term.

“It surprised me that a few Division 3 and 4 teams voted no, so you’d kind of wonder where peoples priorities are at.

“And as well as that, there were people with votes where it didn’t really affect them which makes no sense to me, so going forward we really have to have widespread agreement for there to be change.

“If the current football structures remain in place for the next few years, especially for smaller teams, I think you’ll see a lot of counties struggling to get players and management teams involved going forward, so this result could have huge knock-on effects going forward for a lot of counties.”

In terms of his own role as Tipperary manager, the rumours of a possible revamp of the provincial championships into a round-robin format is something Power is dead set against, as he thinks that results like 2020 where his own team clinched an historic Munster title, along with Cavan’s huge Ulster title win, will be completely curtailed.

“There are rumours going around of a possibility that the round-robin coming in.

“For Tipperary, we would have some small chance of beating Kerry in a one off game, but if we had to go out and beat Kerry twice to win a Munster, it would be very, very hard to do and there’s no point in saying otherwise.

“So, really all that would achieve is it would suit the stronger teams again and if you take the likes of Leinster again it's the same story.

“Yeah, there might be more games but are they going to be meaningful games? I don’t think so.

“It is quite obvious in all of this that the GAA have a mandate for change, so let’s maybe use the good parts of Proposal B and iron out the frailties and issues certain counties have with it and see if we can get something worth implementing.

“Ultimately, this is about the players.

“The players want to be playing games and they don’t want to be slogging in training for three or four months of the year to play two matches.

“We all want to see games as management, supporters, and players and that’s what it’s all about,” he finished.