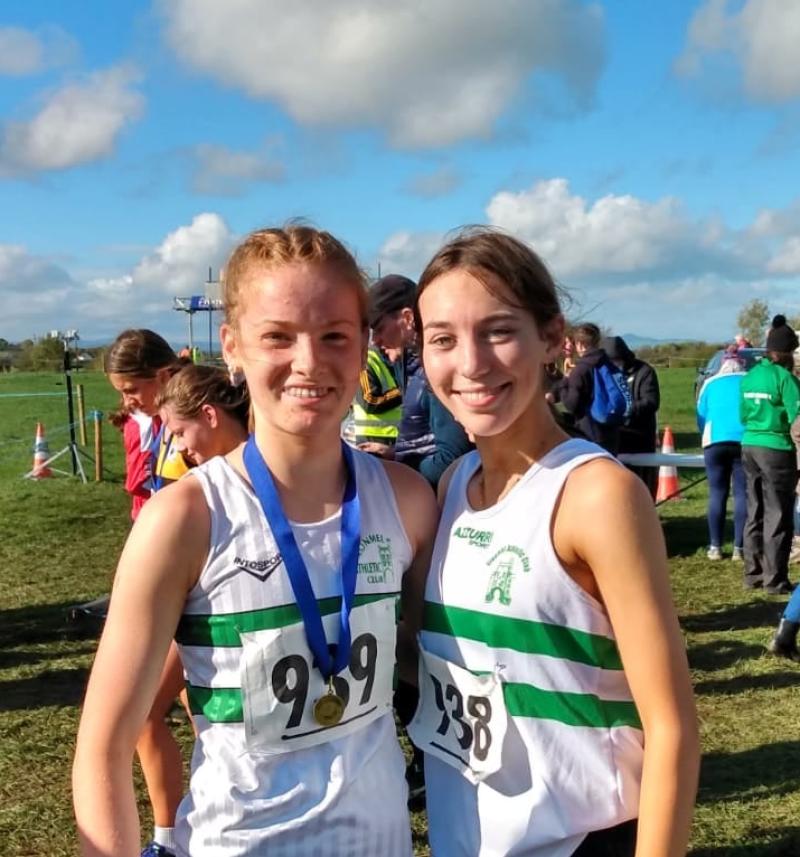 The Munster even cross-country championships took place in Turnpike on Sunday and Clonmel athletes took home an array of medals. Qualification for the national championships could be achieved by finishing in the top 12 individuals, finishing part of a medal winning county team (top 3) or finishing in the top 4 club teams.
The first event of the day was the girls u10 and here Aoife Hennessey putting in a brilliant performance when leading the Tipperary team home in 4th and was also part of the County team that placed 4th and along with her club mates of Siofra Mangan (63), Aine Morgan (93) and Emma Dalton (110) whom all ran very well were placed 14 club team. This event had 140 starters.
Then onto the boys u10 and here Fionn Aird ran brilliantly to place 18th just outside the individual medals but was 3rd man home for Tipperary that placed 3rd County team. Ciaran Horgan also ran very well when placing 78th with nearly 120 going to the start line.
Then onto the u12 boys team of Rory Hennessey whose superb run was good enough to place him 11 and earn him an individual medal. His team mates also performed superbly with Devin Ryan 29th, Adam Prout 39th, Harry Walsh 72nd, Alex Lawless 78th and Ryan Kennedy 109th. These lads combined to take the Silver Club team medals and are a testament to the dedication they have to training. Rory picked up a third medal and Devin a second as they were part of the Tipperary County team that placed 3rd.
Next up were the girls u14 and Hannah Murray and Alice Meegan ran well to place 87th and 88th respectively. In the boys u14 both Darragh Boland and Harry Weymouth ran really well when finishing in 49th and 73rd place respectively. In the girls u16 Meabh Meegan ran really well to place 44th. In the boys u16 Cian Flaherty ran a brilliant race to place 19th but was on a very strong Tipperary team that were only pipped for the Gold county medals when claiming the Silver. In the boys u18 race Conor Flaherty and Darragh Walsh ran brilliantly to place 21st and 29th but unfortunately Tipperary could not field a team.

CHAMPION MUIREANN DUFFY
The final event of the day was Clonmel ACs highlight with the girls u18 race. Here Muireann Duffy lead the field home to take the Munster Title in some style and put a marker down for the upcoming National CC Championship in November. Hazel Brennan put in a great performance when finishing 20th but again Tipperary could not field a team.