“When you come to Nenagh, you are coming to a place the people love,” Ann Scroope on the Nenagh Tourist Office 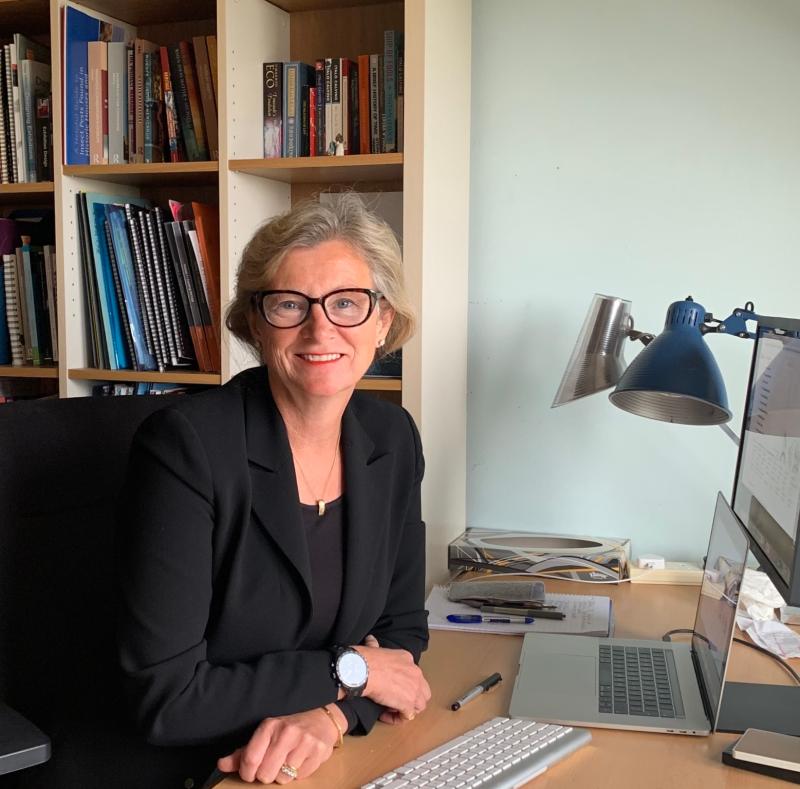 As work continues on the Nenagh Tourist Office, designer and Nenagh native Ann Scroope talks about what inspired the design.

She says the new tourist office is a celebration of the people and landscape of Nenagh.

“The design was to capture the eccentricity of a town in the midlands of Ireland. It was one perspective of a rural town. It was much more diverse and creative, and I saw that.

To me, it was knitting together the sounds, flora and fauna, the land itself, the mountains, the mines, the rivers, the forests and how all of these elements inspire the people whether they are farming, whether they are writing or making films or whether they are crafting craftwork. I thought that's Nenagh,” said Ms Scroope.

“Heritage is about people. It's about their skills; it's about rituals, it's about the way the craft the tangible and intangible, there's language, there's music, there's so much to heritage that goes beyond the building.

And then interpretation is how we understand heritage, so interpretation isn’t just this idea of telling a story. It's more than that because there can be many different perspectives to one aspect of heritage,” said Ms Scroope

According to Ms Scroope, heritage is not about history but about people today.

She said that people must see themselves and their own lives in a design; it must resonate with people and be relevant to their lives today.

“If you are dealing with something in the past, it's pointless leaving it in the past; it needs to be made relevant to today.

And how can you create that relevance and resonance for people,” said Ms Scroope.

When approaching the design of the Nenagh, Ms Scroope first spoke to about 50 people she knew originally from Nenagh.

She asked them what they would want somebody visiting Nenagh to know about the town.

The answers she received related to art, sport, language and the friendliness of the people.

“The overriding thing of them all was the pride everybody had and the love for Nenagh, and they were quite emotional, and I thought that is the message of a tourist office. You can come from Galway or come from South America, but when you come to Nenagh, you are coming to a place the Nenagh people love that the Nenagh people are very, very proud of and this a vibrant culturally creative town,” said Ms Scroope.

She said she learned so much about the town and the people she had not known before.

The focus of the design then became traditions in Nenagh, from sport to arts festivals and the achievements of local people.

“I’d love to say it was me sitting down designing something all the time, but actually it was me talking to an awful lot of people listening to what they had to say and their work and trying to knit it all together into this presentation of the landscape, the culture, the creativity,” said Ms Scroope.

“Like dragonflies in the summertime. Now the fact that it's got a six-foot wingspan makes it magical and imaginative.

“The crow piece was a nod to the church grounds nearby, and when you walk through the church, you hear the crows call on an afternoon,” said Ms Scroope.

The I Love Nenagh Neon sign was inspired by a piece written by author Donal Ryan about his love of Nenagh and the famous Milton Glaser, I Love NY poster.

The sign will be the Tipperary colours blue and yellow and is on the door of the tourist office.

“I wanted his words to represent a threshold of imagination and a threshold of stepping into something different or stepping out, and that's why it's on the door specifically,” said Ms Scroope.

According to Ann, the building the tourist office is in has always been “in the service of Nenagh” and it was important to honour that.

When restoring the space, the architect discovered an old fireplace painted blue.

Although it could have been painted black, Ann decided to keep it blue and have the wallpaper yellow.

The wallpaper pattern was made to feature old photographs of the Nenagh market as a “momento of that era.”

Ann says most of the work done on the tourist office, from the renovation and construction to the pieces created and given, was sourced locally.

“I’d say 99.9% of it was done locally, and that is another endorsement of the local creativity and skill in the town,” said Ms Scroope.

Ms Scroope also says even though her work is complete, it is only the beginning for the Nenagh Tourist Office.

“It's like a page out of a newspaper. It's a page that's the same title if you like and the headline is there the same title every week but the content changes every week. When somebody wants to know the cultural evolution of the town they go to page ten it's like the physical manifestation of a facebook page,” said Ms Scroope

Ann Scroope is the owner of Scroope Design Heritage Interpretation in Cork.

She has worked on museum projects national and international in Australia, Britain and Dublin.

More information on her work can be found www.scroope.com.