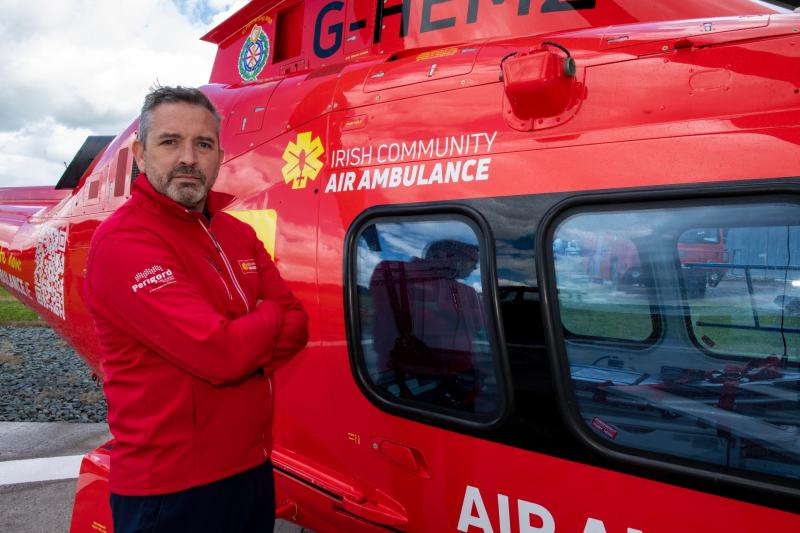 The Irish Community Air Ambulance was tasked to 512 missions in 14 counties during 2021, its busiest year since the Helicopter Emergency Medical Service (HEMS) Air Ambulance launched in July 2019. There were 490 taskings in 2020.

Its busiest months were July and April when it responded to 57 callouts, with Tipperary Cork and Kerry accounting for the majority of those.

The organisation is Ireland’s only charity-funded HEMS Air Ambulance. It works in partnership with the National Ambulance Service and responds to serious incidents and medical emergencies from its base in Rathcool, county Cork. Each helicopter mission costs an average of €3,500, all of which has to be raised or donated.

The CEO of the Irish Community Air Ambulance, Micheál Sheridan said that they engaged with the Government and regional political leaders throughout 2021 to secure some State support for the vital service.

“The HSE is releasing funding to private ambulance firms to provide support during the continuing crisis yet the Irish Community Air Ambulance is still entirely funded by public donations. The increased number of taskings during 2021 show that we provide a vital service. The cost to run the charity during 2022 is expected to be €2.1 million which is a significant amount of money to raise. We are so grateful to all our supporters who help us to bring hope to those in emergency situations but we will continue to engage with the Government to provide funding during these uncertain times," he said.

There were more calls to cardiac arrests, farming-related incidents and falls from heights during 2021. Cardiac arrests accounted for one in five calls with 103 taskings last year, that’s up from 81 during 2020.

Amongst the incidents responded to were:

July and April were the busiest months of the year for the service with 57 missions completed each month. Tipperary, Cork, and Kerry accounted for the majority of taskings. The Irish Community Air Ambulance was also tasked to Clare, Limerick, Waterford, Wexford, Kilkenny, Mayo, Galway, Offaly, Laois, Wicklow and Kildare.

The organisation also funds a fleet of Rapid Response Vehicles on the ground in counties like Mayo, Donegal and Dublin. These vehicles are staffed by volunteer critical care doctors and also by community-based GPs. They are tasked by the National Ambulance Service to treat trauma and medical emergencies within a 40-50km range. The fleet of doctors was tasked 809 times in 2021, bringing the total number of missions across the organisation to more than 1,300.