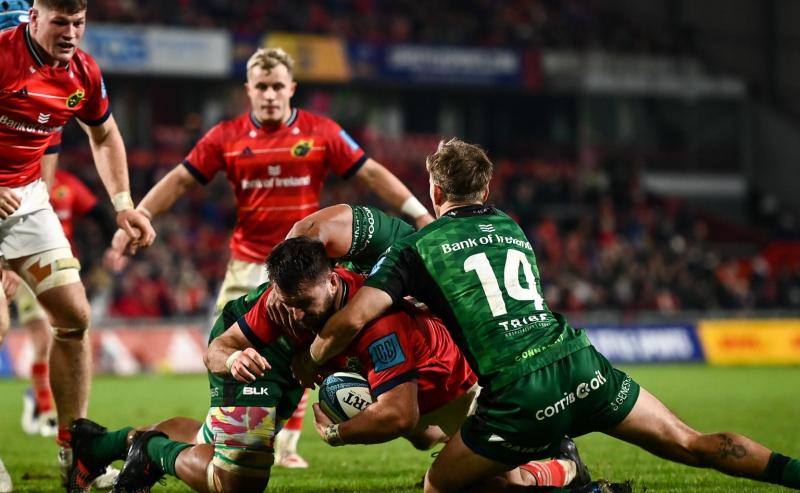 Munster rugby have named their team ahead of Friday’s Champion’s Cup tie away to Castres and their are two Tipperary men named in the squad.

Cashel’s Diarmuid Barron and Bansha’s Jake Flannery are among the replacements, with Flannery set to make his Champions Cup debut should he feature.

There was disappointment elsewhere for the Tipperary contingent, as Jack Crowley gets the nod at out-half with Kilruane’s Ben Healy missing out on the matchday squad.

Johann Van Graan has made five changes to the side who beat Ulster in the United Rugby Championship last weekend.

Peter O’Mahony returns from a leg strain to captain the side whilst Conor Murray, Keith Earls, Andrew Conway and Jack O’Donoghue all return to the starting fifteen.

The match gets underway on Friday at 8pm Irish time.