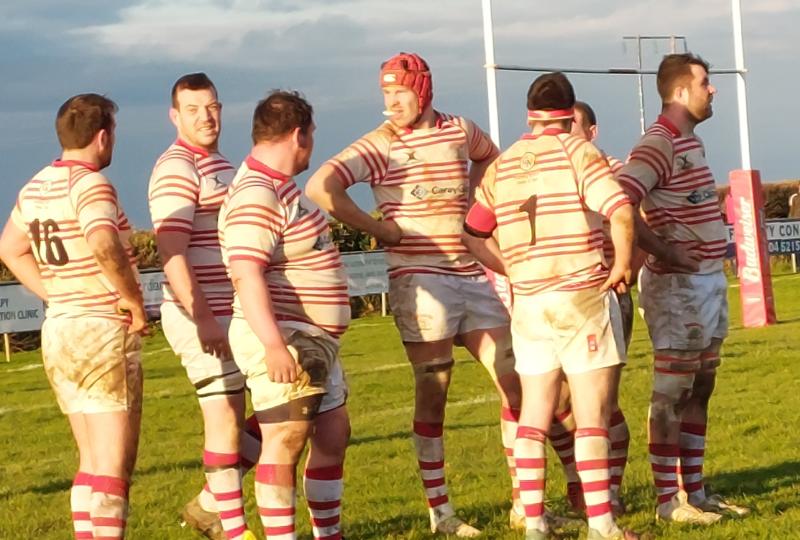 In what has been a torrid campaign to date, riddled with injuries, covid cases and more, Nenagh Ormond looked to have made good use of the Christmas break with a number of key players putting in top displays.

It was a fantastic collective effort from the Tipperary team, with the pack in complete control of the collisions and breakdown throughout, while they also had some incisive running through their back division, with centre pairing Willie Coffey and Conor McMahon in particular, producing some x-factor rugby in stages.

Indeed, the game started out in such fashion for Ormond, as they came storming out of the blocks within three minutes when Conor McMahon put Peter Coman in over in the left corner after some good early phase play from the forwards gave them the opportunity; McMahon adding a beautiful left footed extra from the sideline to give his side the perfect start.

The attitude was looking good early on from the home side, and that was evident in the 11th minute when Nicky Irwin had the presence of mind to close down a relieving Dolphin kick inside the 22 which was subsequently knocked on by a Dolphin player.

The resulting Nenagh scrum produced a training ground strike play, with Derek Corcoran finding Willie Coffey as the second receiver and he popped a delicate pop pass to Conor McMahon who punched a hole in the Dolphin defence to run under the posts to make it 14-0.

The quick start continued on just three minutes later when Dolphin were penalised on the ground to give McMahon a penalty shot to extend the lead from 30 metres, dead centre of the posts, and the Nenagh kicker made no mistake to give Nenagh a dream 17-0 lead with just over a quarter of an hour played.

Dolphin were yet to make a single foray into the Nenagh half at this stage, having been completely blitzed by Nenagh in the opening exchanges, but they soon got into their groove, with a quality 50/22 kick giving them a line out some 10 metres from the Nenagh line and from there, they went through the phases and eventually touched down after a period of pressure through flanker Kevin Allen.

That got the Cork men into the game and they were making far better use of the ball in this period, and when full back Tim Phelan made a searing break through the Nenagh defence, he gave Dolphin prime field possession just shy of the Nenagh line and some more concerted phase play final led to a Craig Fitzgerald try from close range to cut the early deficit to three points at 17-14 after 28 minutes.

It seemed like the home side were letting a fantastic start slip in the middle of the half, but they stuck to their guns and kept to the game plan, and it paid off just before half time when Willie Coffey once again played provider on the 22 metre line, breaking a tackle before offloading excellently to the fleet-footed Davy Gleeson who pinned his ears back and zoomed between the posts to give Nenagh a ten-point lead at half time (24-14).

The game was still in the balance as the teams came back out, and the way the season has gone so far for Nenagh, there would have been no room for complacency, and they certainly didn't show it as they got off to another quick start after just eight minutes with Derek Corcoran touching down early before Willie Coffey scored a much deserved try after easily piercing through the Dolphin line to run 40 odd metres to touch down under the posts.

From here, it was somewhat of a procession effort as Nenagh dominated the remaining minutes, with further tries from Peter Coman and a real pack earned penalty try in the 68th and 76th minute put a much deserved glean on the score line for Nenagh, with another late Davy Gleeson try adding the proverbial cherry on top as Nenagh claimed all five-points to get their relegation battle off to the perfect start in 2022.