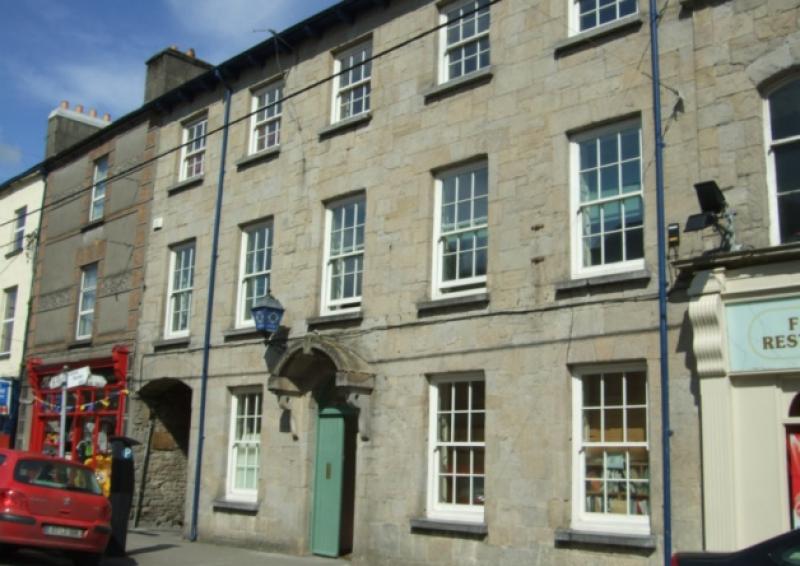 Roscrea Garda station is to get an extra garda in the coming weeks, according to Supt Andrew Lacey as he moved to reassure the local community that their garda presence is not being diluted.

The station may also open for longer hours to allow more administration work to be done, such as obtaining forms. However, in the long term, Roscrea and Nenagh will be one district, according to Supt Lacey, who has taken charge of the Nenagh Garda Division.

“The amalgamation of the districts, that is something I am trying to enforce that we are one district,” he says.

However, there is daily contact between all the stations.

“I have a screen there telling me who’s working in what area and if we need a Roscrea car to go outside the district or vice versa we have that,” says Supt Lacey, who is originally from Tipperary Town.

Supt Lacey says he can understand communities want to see their garda there, too, and says he can reassure the Roscrea community that their service is not being diluted.

Concerns have been raised over the past while that the station in Roscrea can often be closed to the public, especially overnight.

“The need for a guard to be in a station to answer those calls is alleviated. You are in a situation where if you keep someone in a station you could be reducing your capacity to respond.

“I totally understand people like that reassurance of being able to go and knock on the door, but we are in an age of reporting via phone and all that. The response to the phone is not in any way diluted by not having a 24-hour station as that emergency call will be dealt with trained called handlers on a regional basis,” says Supt Lacey.

He can “totally understand” the reassurance that locals would like to have a station open and accessible for the administration of things such as passport forms.

I will definitely look at that and see if there is a clinic and opening the hours a bit more,” he says.

However, he emphasises that if it is 2am and the station is closed the service is not in any way impacted.

He knows it is an issue and will be speaking to local representatives and if extra gardaí become available it can be revisited.