Department of Defence 'don't give a damn' about Tipperary military barracks 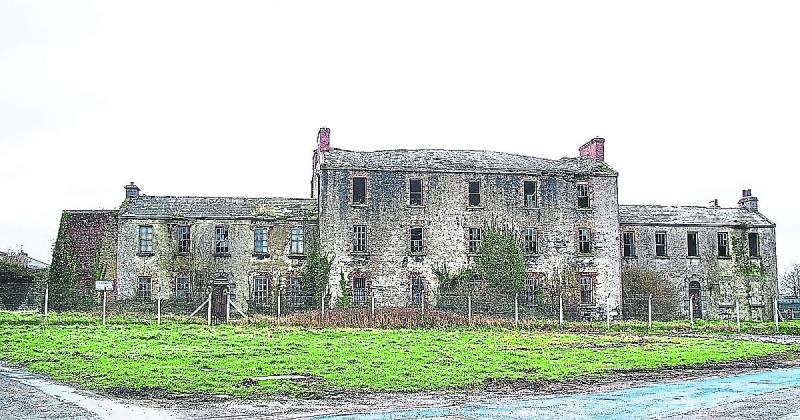 Nenagh's military barracks: Cllr Seamus Morris has claimed the Department 'don't give a damn' about it

The Department of Defence “don’t give a damn” about Nenagh’s military barracks, declared Cllr Seamus Morris at the January meeting of Nenagh Municipal District Council.

Cllr Morris, who has been seeking work on the historic structure and grounds for some years, expressed his dismay at the slow pace of engagement with the Department on the issue.

“The Department really doesn’t give a damn about the barracks. At the moment it’s not about saving the barracks but finding out who owns what,” he said.

However, Cllr Morris said that there had been no action from the Department on his request to carry out a title search in relation to the properties on the site.

They were ignoring requests to engage on such issues, he said.

Calling for the issue to be on the agenda for every monthly meeting of the district council, Cllr Morris they should take the lead on it as the Department was slowing progress.

Cllr Morris further pointed out that the fences surrounding the structure was open in places, which could allow access by children, and warned of the dangers of parts of the structure falling.

He called for the site to be cleared up.

District cathaoirleach Cllr Michael O’Meara agreed, saying: “It is a beautiful site. It should be preserved. It is getting into dangerous building territory and the Department should tell us what the plans for it are.”

He pointed out that it was now 100 years since the barracks had been handed over by the British to the new Irish Government in 1922.

Cllr O’Meara said the campaign to do something on the site was gaining momentum, and while he understood it would take a huge amount of money to restore the barracks itself, it was something the district council should work on.

The cathaoirleach said he would try to set up a Zoom meeting with the Department - which was backed by Cllr Morris - rather than let the issue drag on.

Cllr John “Rocky” McGrath said the Department had plenty of maintenance staff who, if dedicated to the site, could tidy it up in a short amount of time.

“If they put in 100 people on the site for a couple of months it would make a huge difference and give the site the lift it needs,” he said.

District council administrator Rosemary Joyce, said correspondence had been sent to the Department and it had issued a reply in relation to the registration of title in regard to the site, which stated that a deed of assurance was pending.

The Department had also said it was looking at a clean-up of the site and would revert to the council in due course.

Ms Joyce said she would make contact with the department to request a Zoom meeting.