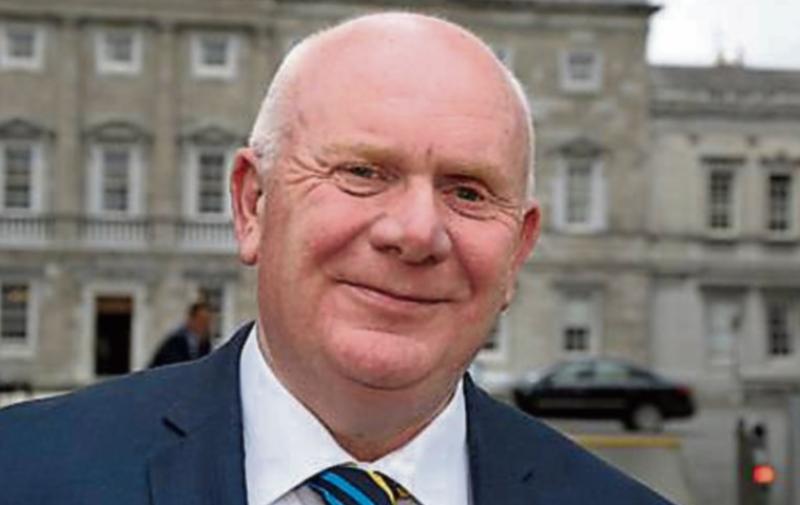 Funding for voluntary mental health services was raised in the Dáil recently by Fianna Fáil TD for Tipperary Jackie Cahill.

Deputy Cahill took the opportunity to highlight to An Taoiseach, Micheál Martin and the Minister for Mental Health, Mary Butler, the work of Carmha in Nenagh.

Carmha, which is located on Silver Street in Nenagh, offers counselling and peer-support services for people over 18 years with co-existing addiction and mental health issues.

Deputy Cahill made the case to the Taoiseach and Minister Butler for funding to be made available to Carmha, so that they can continue their vital work in north Tipperary.

Speaking in the Dáil on this, Deputy Cahill said: “Mental health is an issue that we discuss frequently in this House, and rightly so. Drug use and addiction are two of the major contributory factors to it.

“In north Tipperary, we have a voluntary organisation called Carmha who are offering a vital counselling service to a large number of people in Nenagh. They are currently falling between two stools and are failing to get HSE funding. They are going to have to cease their operations very, very shortly.

“I would ask you, Taoiseach, if you would direct the HSE to see what mechanism can be used to fund voluntary organisations, such as Carmha, so that they can continue the vital counselling services that they offer to the people of Nenagh and north Tipperary.”

In responding to Deputy Cahill the Minister for Mental Health, Mary Butler pointed to a €1m fund recently announced by her Department, to be distributed in partnership with Mental Health Ireland. The purpose of the fund, which went live on January 31, is to support the work of a number of smaller local groups who deliver vital mental health services across the country.

Minister Butler commented that “this fund is part of the €10 million, once off, additional allocation for mental health announced on Budget Day to further enhance the experiences of people using mental health services and supports.”

The Minister continued to say that: “The €1m fund is a critical part of this overall allocation and will provide once-off grants ranging from €5,000 to €30,000, designed to encourage and support local voluntary groups to respond to the particular mental health needs of their local areas.”

Deputy Cahill has since been in contact with Minister Butler’s officials in an effort to source some of this funding for Carmha, and has committed to continuing to work on their behalf so that this vital centre in Nenagh can remain operational.