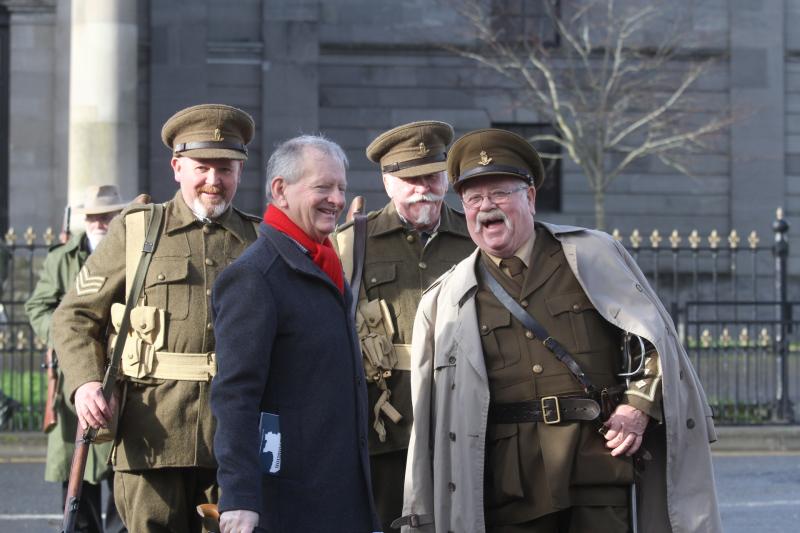 John Flannery of Tipperary in the Decade of Revolution: Called for Nenagh military barracks to be saved

There were renewed calls at last Sunday's event marking the centenary of the withdrawal of Crown Forces from Nenagh military barracks for the complex to be restored for use by the community.

“The barracks should stand tall and play a major part in the town,” said John Flannery of Tipperary in the Decade of Revolution.

Mr Flannery reminded the attendance that Nenagh brothers had won a Victoria Cross and an American Congressional Medal, and that, along with others who served in the military, there was a need to tell their stories and the barracks could provide that space for a military museum.

Cllr Michael O’Meara, cathaoirleach of Nenagh MDC, who has long backed the restoration of the barracks, said that structurally, he thought it was a project that could be done.

He said that he will be encouraging those who come after him as cathaoirlach in the district to make sure the barracks would be maintained and restored.