Sensational comeback gives Clonoulty Rossmore another bite at the cherry 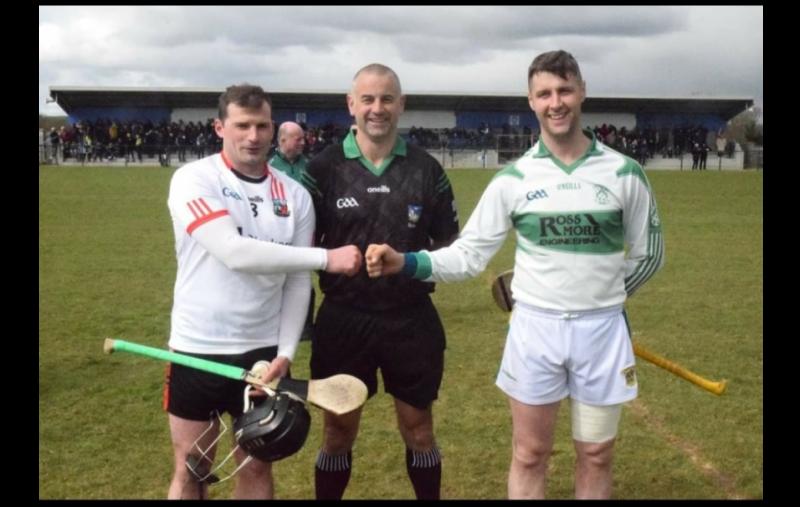 On a day where conditions were ideally suited to good hurling, this was a game that the Leinster champions dictated early on, thanks to a ninth minute goal from full forward David Kelly. While they may have dictated the terms of engagement on the field, they were unable to convert this superiority onto the scoreboard.

They led at the break by the minimum, 1-4 to 0-6 in what was a hugely entertaining game, played in a good sporting manner. During this opening half the Cappataggle forwards always looked dangerous, with their full forward line posing a potential threat throughout, but were well marshalled by a tight Clonoulty Rossmore defence, where Dylan Kennedy was particularly prominent at centre back.

Cappataggle attacked from the off after the restart and bombarded the Clonoulty Rossmore defence, hitting two wides inside the opening minute. Two minutes in, a rasper from Jack Coughlan came back off the crossbar, when a goal looked on. Three unanswered points followed to put them four to the good after only four minutes of play.

After twelve minutes Cappataggle got a big break when an attempted clearance was blocked into the net by David Kelly for goal number two. This was followed up by a long range pointed free to put them firmly in control, a nine point lead, with fourteen minutes remaining.

Not for the first time in this competition, the Clonoulty sideline made some shrewd substitutions and the introduction of Aaron Kennedy, Kevin Maher and Padraig Coen paid dividends. In this final quarter goals from Nicky Kearns and John Devane brought Clonoulty right back into contention, while a Cathal Ryan (Raymond) goal on twenty eight minutes edged them back in front only to be hauled back with two points in injury time, to tie up the game.

The game started evenly enough with Nicky Kearns opening the scoring after two minutes, getting on to the end of a move by Martin Ryan (Ned) and John Devane. Cian Bowes converted a 65 and a close in free, either side of a John Devan point to tie the game on seven minutes.

After nine minutes the Galway champions got their first break when David Kelly pulled first time on a hopping ball to rattle the Clonoulty net from 15 metres.  John Devane pulled one back, following a good pass from Nicky Kearns.

During the second quarter, Cappataggle were getting on a lot of ball, but a combination of erratic shooting and tight marking by the Clonoulty Rossmore defence, ensured that their possession was not converted into scores.  With both defences being extremely tight, scores were hard to come by, but Nicky Mockler put over two points during the final six minutes of the half, either side of a brace from the always dangerous Jack Coughlan. Cappataggle finished the half with a one point lead, 1-4 to 0-6, while also hitting ten wides.

After the break Cappataggle upped their game considerably and bombarded the Clonoulty Rossmore defence during the opening five minutes. They hit two further wides inside the first minute before Lewis Coughlan came up field to split the posts. The Tipperary champions had a let off one minute later when a rasper from Jack Coughlan came back off the crossbar when a goal looked on.

Daniel Reddan and Jack Coughlan extended the lead out to four points, with only four minutes on the clock. John Devane converted two frees, either side of a similar score from Cian Bowes, but overall were finding the going tough.

Cian Bowes converted his fourth free of the game, before disaster struck for Clonoulty Rossmore on twelve minutes. An attempted clearance out of their defence was blocked into the goal by David Kelly, to put the Galway men firmly in control. A Graham Maher long range free, with fourteen minutes remaining, gave them a nine point cushion.

Not for the first time in this series, some shrewd substitutions by the Clonoulty sideline, paid dividends. Aaron Kennedy replaced Darren Corcoran at midfield and Kevin Maher replaced Oisin Fryday in attack. Padraig Coen also replaced the tiring Ger Mockler.

After seventeen minutes, a John Devane free found Kevin Maher close in and his well struck shot was saved on the line by Michael Egan, but Nicky Kearns was on hand to get the ball over the line for the goal that Clonoulty badly needed to get back in the game. John Devane put over his sixth point of the game as they began to up the tempo and play with passion, courage and never say die attitude.

Seven minutes from time, an Aaron Kennedy long range free found the unmarked Kevin Maher, who crossed to John Devane and the veteran talisman slotted home from close in. Clonoulty Rossmore were back in the game and when Cathal Ryan (Raymond) put over his first point of the game, the deficit was cut to the minimum. A Cian Bowes free eased the Galway men back in front but a wonderful point from Padraig Coen made it a one point game.

With two minutes of normal time remaining, Kevin Horan found John Devane, who laid off to the in running Cathal Ryan (Raymond) and the corner forward crashed to the corner of the net to put Clonoulty two up as the clock ran down.

However two points in injury time, a Cian Bowes free and the equaliser from a narrow angle from the stick of Jamie Stancard tied the game up for the final time, thus ensuring a replay which has been fixed for Saturday next, April 11 at 3pm, also in Raheenagh.