Tough day for Tipp U20 footballers who crash out against Clare 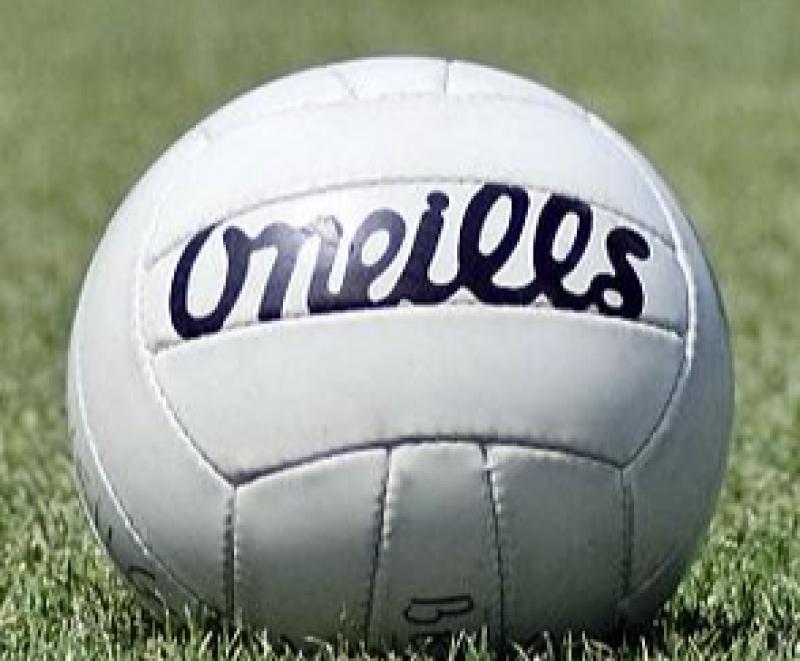 Tipperary endured a torrid evening in West Clare this evening, as they were thoroughly dispatched by a far more accomplished Clare team in the Munster U20 quarter-final in Miltown Malbay.

At no point did Tipperary get out of first gear, as Clare completely dominated from start to finish in what was a very composed and assured performance from the West men in a windy St Joseph’s Miltown pitch.

This game went along expected lines, as the corresponding minor fixture two years ago recorded a heavy win for Clare, but it would have been expected that some marked improvement would come from the Premier, but it wasn’t to be as Tipp fell at the first hurdle.

Tipperary’s struggles were very apparent early on as Clare took control of proceedings from the throw-in, showing great patience in possession of the ball to create the openings, and they got the first score of the game in the fifth minute through a Brendy Rouine free from close range.

The visitors were setting up in a very defensive mindset but weren’t really engaging the ball carriers outside the 45 metre line, and this gave Clare a lot of time on the ball to pick their opportunities with midfielder Brian McNamara pointing after good link up with Brendy Rouine in the eighth minute.

There’s was no concerted possession from Tipp in the opening ten minutes, but they came bursting into the action in the 11th minute when Cathal Deeley showed great improvisation on the 45 to flick the ball into Jamie Holloway on the outside of a ruck, and Carrick Swans man showed blistering pace to charge some 30 yards unopposed to slot past the keeper and give Tipperary an unexpected lead.

However, in what is indictment of the poor Tipperary play, that was the best of the Tipperary play in the first half as Clare, from the very next play, cut a hole in the Tipp defence as the prominent figure of Brian McNamara at midfield charged through on goal and emphatically roofed a left footed effort to give Clare an instant reply.

That made it 1-2 to 1-0 after 12 minutes and from here, the Banner completed dominated the remainder of the half, showing endless patience in possession as Tipperary refused to press the ball at any stage, and it eventually led to gaps appearing, with Sean McNamara and Rouine slotting a point apiece in the next five minutes to extend the Clare lead to four points.

Indeed, only for some poor shooting options from Clare, Tipperary could have been in worse arrears by this stage, as the Banner shot six wides in the first half and left two attempts short into the hands of Shane Ryan, but they did go on a late scoring flurry in the last three minutes of normal time, first through a nicely taken point from Joe Rafferty, and unforgivably, the goal came from a poor Shane Ryan gave Sean McNamara a gilt edged chance to goal which he gleefully took to make it 2-5 to 1-0 at half time.

As if to emphasise the first half struggles, management made three halftime substitutes to try and drag Tipperary back into the game, but it was clear very quickly that the game would become a damage limitation scenario inside the opening minute.

An easy Joe Rafferty point was slotted over straight away and directly from the next play, a clever inside pass from Brendy Rouine put Shane Griffin in on goal and he finished very strongly past Shane Ryan to really end the game as a contest.

Tipperary tried hard to make some inroads in an attacking sense but Clare were now finding space at will with Clare adding three extra more points in the next seven minutes before Tipp registered their first point through a Jamie Holloway free after 38 minutes.

Two further Clare points beefed out the lead in the next two minutes, but Tipp made some scoring head way with Diarmuid O’Riordan fetching a nice high ball to point near the square, with Cian Smyth scoring a free to add to the total.

In truth, the final quarter was a procession for Clare, as they emptied the bench comfortable in the knowledge that the win was secured, as Cillian McGroary made a good impact with two points from the subs bench.

Tipp had at least something to take back down the road from West Claredeep in injury time, with Cathal Deeley scything through the Clare defence to send a lovely left footed strike to the top of the net, but it was all one way traffic in Miltown Malbay, with captain Tadgh Condon compounding a miserable day with a late red card, as Tipp exit the Munster championship at the first time of asking.