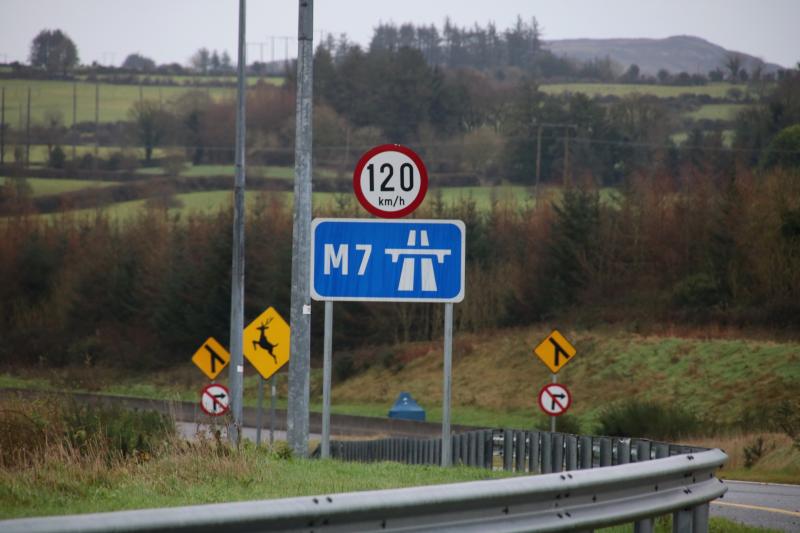 Tipperary TD Alan Kelly has called for a 12-month review of the new average speed cameras that became operational on the M7 between Nenagh and Birdhill this week.

“I have been raising the issue of accidents on the M7 between Junction 26, Nenagh and Junction 27, Birdhill for many years because many local people have raised it with me, been involved in accidents or had near misses. I’ve been concerned driving it on occasion myself,” said the Labour TD.

He said that most people had raised the issue of the road surface as their concern over why this stretch of road was so dangerous.

Deputy Kelly said that he had repeatedly raised this with Transport Infrastructure Ireland (TII) and the various ministers in charge.

“I’ve also raised in in the Dail and on every occasion I have been assured that there is no issue with the surface and that speed is the main issue. I’ve also had several conversations with local gardai on the matter,” he said.

Deputy Kelly said that the fact was that during certain weather conditions that stretch of road seemed to be particularly treacherous.

“TII is now saying it is down to speed on this particular stretch of road. I ask why is it just this stretch of road that this applies to? Surely motorists travel at similar speeds throughout the rest of the vast motorway network,” said Deputy Kelly.

He pointed out that TII had also said that there can be local weather patterns that bring hailstones and large showers of rain to that stretch.

“This certainly may be the case but again surely other stretches of the motorways have to face similar weather conditions,” Deputy Kelly said.

TII needed to continuously assess if these cameras change the volume of incidents on this stretch of road.

“That’s why I’m calling on TII to publish a full review 12 months from now,” he said.