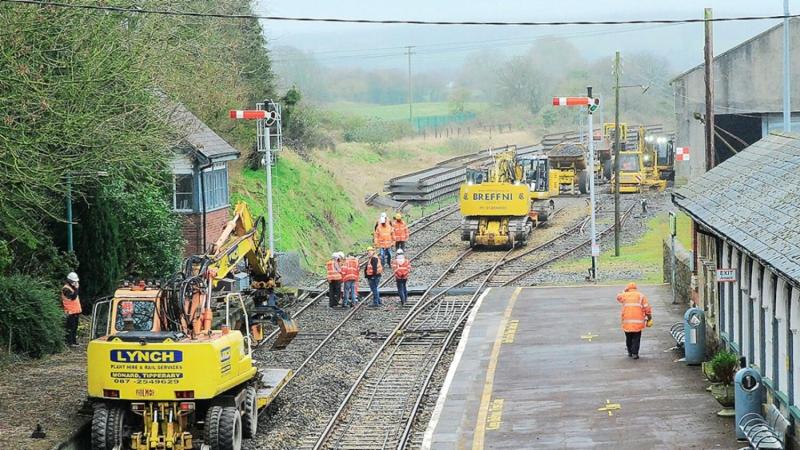 North Tipperary Community Rail Partnership has welcomed the confirmation that the Department of Transport has allocated €6.4m to allow the completion of the upgrade of the track on the Limerick to Ballybrophy line to modern continuous welded rail.

“This is a good starting point, as we have been campaigning for a number of years to get the Department for Transport to provide sufficient funds to allow Iarnród Eireann to accelerate and complete the much needed upgrade of the line, which will allow faster speeds and shorter journey times," said a spokesperson for the partnership.

“Once the work is completed, we want to ensure the benefits of the investment are reflected quickly for users in the timetable with higher line speeds and shorter journey times.," they said.

The spokesperson said that they were pleased that the hard work and lobbying that had been done on their behalf by our TD’s, senators and local councillors had now secured this funding from Minister Ryan’s Department.

"This is only the starting point," they said.

The spokesperson said that the current service level as funded by the National Transport Authority and offered by Iarnród Eireann was not sufficient or adequate to meet the public transport needs of the towns and villages that the line serves or encourage modal shift away from the private car.

“We will continue to press both Minister Ryan and the National Transport Authority hard now to make a quick and public commitment to provide adequate PSO funding in the NTA’s 2023 budget for additional rail services to be introduced. The starting point is the introduction of a third middle of the day service and a later evening commuter service from Limerick to Nenagh which can be offered from early 2023 if funded by the NTA," they said.

“We will also continue to press the Minister via our political stakeholders to provide ring fence funding to Iarnród Éireann to allow for the automisation of all the manned level crossings and a programme to remove farmers' crossings. This will allow further line speed increases as well as significantly improving safety further as well as cutting the operational cost of the line.”

"The Minister rightly notes in his announcement that the Draft Limerick Shannon Metropolitan Transport Strategy proposes to overhaul bus and rail services in the region.

"We are pleased that the revised draft strategy does propose that an additional station is developed at Newport Road, near Annacotty and that a half hourly service is introduced between Limerick and Nenagh with an hourly service on to Ballybrophy. We will be supporting these plans in our submission to the consultation which closes on June 10 and we will press hard for these proposals to become a reality by being funded and delivered quickly," said the spokesperson.