Tipperary drug crime: Gardaí have seized over €100,000 worth of drugs so far this year 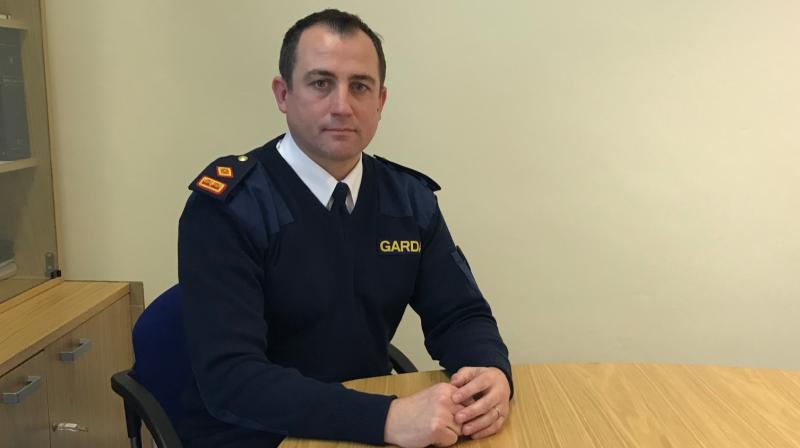 Supt Andrew Lacey: 'Recreational drug use may start out as a social experiment but it can quickly turn into a life altering nightmare'

More than €100,000 worth of illegal drugs have been seized in the Nenagh Garda District in the first quarter of 2022, according to local Garda Superintendent Andrew Lacey.

In the year to date, gardaí attached to the district, which covers a significant geographical area from Roscrea down to Newport, have recorded 15 sale of supply seizures, the vast majority as a result of the execution of a search warrant issued by the court.

In the same period, 23 simple possession offences have been detected.

The operations have yielded significant seizures of cocaine, cannabis and amphetamine (speed), all of which will be subject to analysis with Forensic Science Ireland (FSI) and files submitted to the DPP for decision, said Supt Lacey.

He said that gardaí had seen a steady rise in the amount of seizures related to sale and supply in 2022, and operations involving the divisional drugs unit, who have members permanently based in the district along with local Gardaí, had delivered some successes in combating the scourge of drug use.

“My message is simple in that recreational drug use may start out as a social experiment but it can quickly turn into a life altering nightmare.”

Supt Lacey said that in many cases it was families who had to face the financial demands and experience the intimidation and associated criminal behaviour and by the nature of the position they found themselves in were slow to reach out to Gardaí due to embarrassment or fear of drawing attention to the illegal substance abuse of a loved one.

“To those people again, we would ask them to come forward and report the drug related intimidation so we can refer to a nominated inspector of our partner support agency in this area,” he said.

It is widely recognised that the prevalence or drug use and drug related issues associated with dependency, addiction and financial debts owed was a problem across the country, he said.

“If you ask any member of An Garda Siochana or indeed those in blue light services or in health supports the damage and trauma caused by drugs is devastating to the individual and the wider family. We see the lived experiences every day and believe me it is chaotic and deeply sad,” said Supt Lacey.

He said that the correlation between substance abuse and mental health deterioration was also widely accepted and it was rare to see one present without the other.

Young people tended to be exposed to the effects of recreational drug use when it was too late.

He emphasised that the consequences of a drugs related conviction were severe with respect to one’s career and the freedom to travel and work in other countries.

“Parents and friends should highlight this with young people and don’t let drugs ruin their ambitions or dreams in that regard,” he said.

Supt Lacey promised that the Gardaí attached to this district will continue to work extremely hard to seek out and prosecute those responsible for damaging our communities and ruining lives.

“The current successes have roots in committed Gardaí, intelligence based actions and the support of the local community. As always we encourage members of the public in our area to report in confidence any concerns or relevant information pertaining to the sale and supply drugs,” said the superintendent.

Meanwhile, Minister for Justice Helen McEntee, who was in Nenagh last Thursday praised the work of the gardaí in tackling drug crime.

She said the figures were reflective of the huge amount of work being done by the gardaí.

In response to tackling the issue, Minister McEntee pointed to the 102 new gardaí graduating from the Garda Training College in Templemore last Thursday and revealed that more gardaí will be processed in the coming weeks.

Minister McEntee said that the garda budget was at €2bn, and a “significant chunk” was going on training gardaí, and she hoped that Tipperary would get its fair share of those.