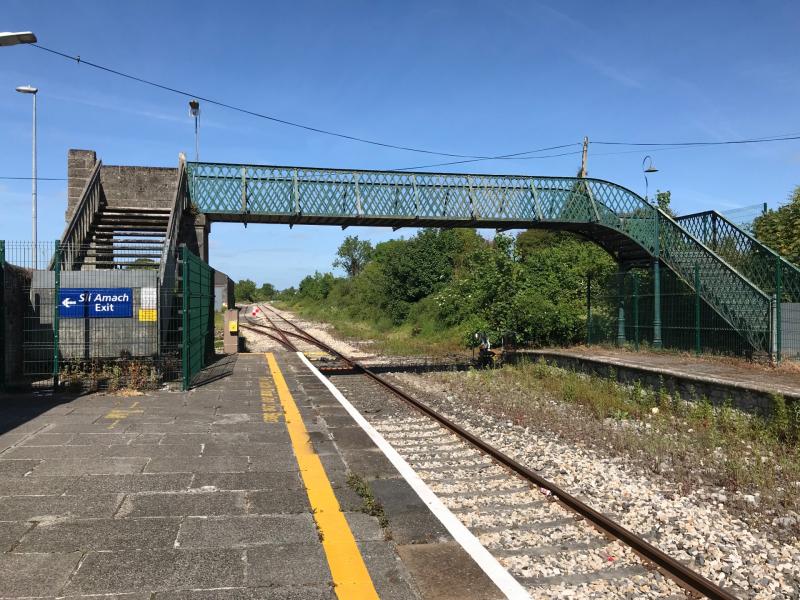 The Ballybrophy to Limerick rail line, which serves Tipperary, has potential as a commuting or shopping line to Limerick, according to Minister for Transport Eamon Ryan.

He was responding to questions in the Dáil from Clare Independent TD Michael McNamara.

Deputy McNamara highlighted the need to improve services on the direct Limerick to Dublin rail line, which passes through Roscrea, Nenagh, Cloughjordan, Birdhill and Castleconnell in Limerick.

He told the Minister that a "significant improvement" in rail services was required if the Government wanted to get people out of cars and on to trains.

In response, Minister Ryan confirmed that a €6m upgrade of the rail line was underway and, once completed, would help to improve the speed limits imposed on trains travelling on the line.

“For people who lived in or near the towns on the old Limerick-Dublin road, the M7 was a godsend - towns like Nenagh, Roscrea, Cloughjordan, Birdhill, Castleconnell, O’Briensbridge and Killaloe. They can now commute up and down to Dublin in a reasonable period of time. But we want to move people off the motorway and on to the trains.

“The direct line to Limerick where all direct trains to Limerick went through previously is now barely served and is impacted by 20mph speed limits in parts,” added Deputy McNamara.

“There are two trains that you can catch in Ballybrophy.  We see the difficulty of the ‘all planes go to Dublin Airport’ approach. At the moment, all trains go through Limerick Junction and there are vast swathes of the country that are just not served by a train service. So as Minister for Transport, what are you going to do about that and when?, said Deputy McNamara.

Minister Ryan replied: “I took the train down to Cloughjordan on Saturday and I wanted to come back on Sunday. I had to get a bus to Roscrea and then switched into a minibus. We had to get the buses because the line was being upgraded. We have just spent €6m in upgrading the track which is the first thing you do to be able to get the speeds up.”

He continued: “I think Limerick can thrive on the rail lines that lead into it. I think that Ballybrophy line can be a commuting line into Limerick or a shopping line.”