Tipperary barn owl project gets its wings in Lower Ormond 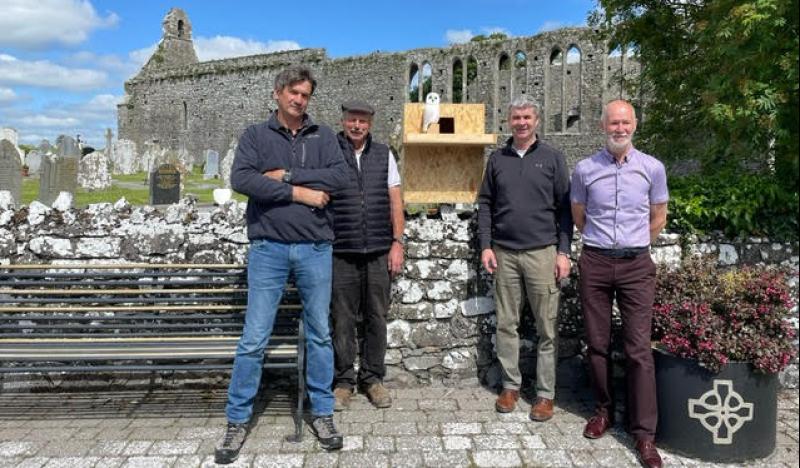 As part of Cllr Michael O’Meara’s year as Cathaoirleach of Nenagh Municipal District Council, he has been working with the environment department of Tipperary County Council to install barn owl boxes in the district.

Following a meeting in Lorrha hall before Covid-19 a number of farmers and landowners in the area asked him would it be possible to start a pilot scheme for the preservation of the barn owl.

“Initially we have installed eight boxes in isolated hay sheds and barns and I hope that we can get more boxes in the future,” he said.

Cllr O’Meara pointed out that the barn owl was an endangered species and a valuable bird in the control of vermin in the countryside.

“This initiative shows that Tipperary County Council is committed to biodiversity and great credit must go to Ann Marie Clifford of the environment section in organising this,” said Cllr Michael O’Meara.