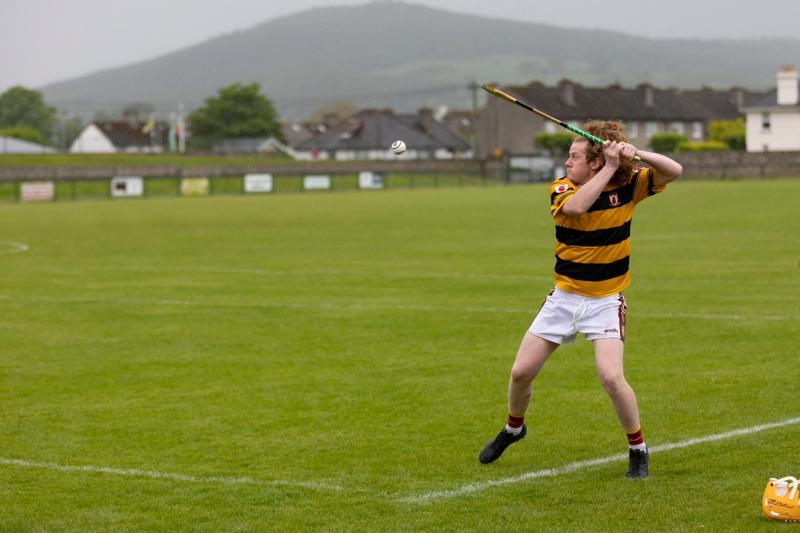 Pucked, by Cathal Ryan, opens on July 1 in Clonmel

A mid Tipperary man whose family is steeped in sporting history and heritage will open the Clonmel Junction Dome festival on July 1st with his own play - Pucked.

Cathal Ryan comes from The Ragg in Tipperary and jokes that there, you’re born with a hurley in your hand. Immersed in the GAA from a young age, he ‘lived in that bubble’ until he found theatre at the age of 17.

His father Andy is a Tipperary Games Development Adminsitrator and steeped in Durlas Óg and Thurles Sarsfields, while his mother Martina is a well known athlete having come from the famed Dorney stock - her father and mother, Patsy and Kathleen, are legends of Thurles Crokes AC.

Cathal though- whose granduncle, Liam, is heavly involved in Thurles Drama Group- went to plays often throughout childhood, but it never occurred to him that he could do it. Or, as he says, he never did it in case he’d miss training.
“I am still hurling having recently transferred to Civil Service GAA club up in Dublin. However my hurling days began in Dúrlas Óg before making my way out to Drom and Inch - a controversial decision in my house with my dad being a well known proud Thurles Sarsfields man. 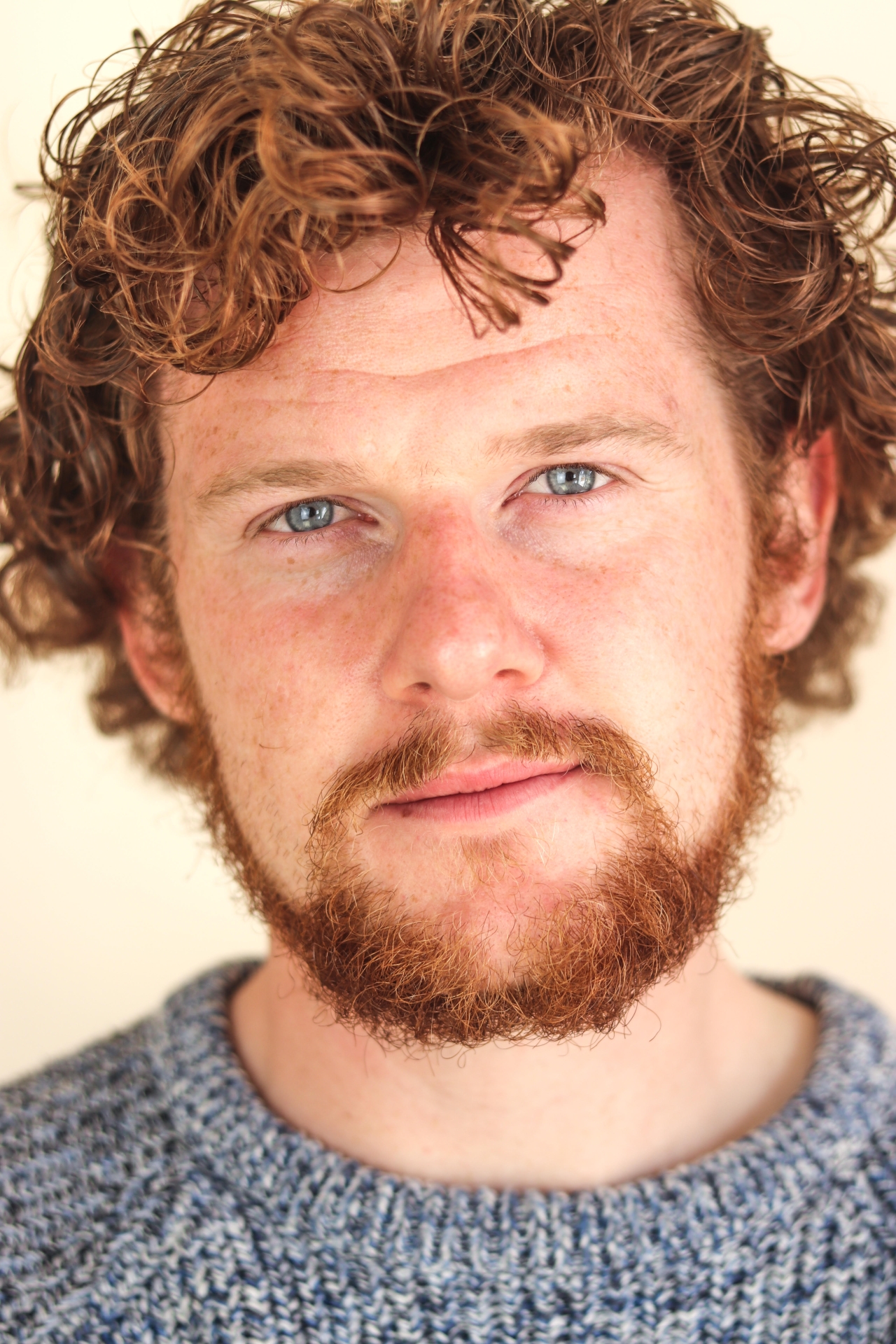 “ The theatre bug took its time before biting me. I think growing up I didn't really consider it as something I could do as a young man, I associated it more as something for adults.

“ I ended up going to NUIG to study Arts with Performing Arts and really made up for lost time, doing a huge range of plays and musicals, mainly with NUIG Dramsoc. In Galway, I knew theatre and performance was what I needed and wanted to do for the rest of my life. There is something so pure about it, a group of people coming together to tell a story. A budget could be a €100 or a million Euro and as long as the passion for story telling is present, magic will come through.

“I was lucky enough to go straight from NUIG to the prestigious BA in Acting at The Lir Academy. With only 16 places up for grabs I was thrilled to be accepted. It gave me 3 years to dedicate everything to the craft. Now that I’m out in the real world I’m so excited for what's to come,” Cathal says.

Pucked, as a play came out of a conversation that Cathal had with Brendan Maher, artistic director of the Source Arts Centre in Thurles

“Brendan attended an online graduation play of mine that fellow Lir graduate and Clonmel native Jack Reardon directed, and told me to get in touch when I graduated,” Cathal said.

He had always been interested in creating his own work and had started thinking of ideas around a celebration of the GAA and his love of hurling, combined with ideas of masculinity and expectations of young men, particularly those growing up in rural Ireland.

“With Pucked, I don’t want to teach anything but I’d hope that people coming to the play, particularly young men, might feel that there are thoughts in it that they’d share.”

With encouragement from dramaturg Gavin Kostick and Bryan Burroughs, both tutors at The Lir, Cathal approached the Source Arts Centre who funded a first draft of Pucked.

“My classes with Bryan were a huge inspiration for the show,” Cathal says. “He really opened my eyes to the limitlessness of theatre.”

Earlier in 2022, Cathal met up with director Jack Reardon, who directed the enormously successful Hunchback of Notre Dame community musical for In The Open Clonmel and Junction Festival. Jack is an associate artist with Clonmel Junction Arts Festival and was looking for a script to direct for the launch of Junction Festival Dome as a theatre venue, and which will welcome audiences for the first time at the 2022 festival.

“When Cathal told me about Pucked, I asked to read it, and immediately got on the phone to Cliona Maher, artistic director of CJAF, to say that I thought I’d found a really exciting project” says Jack.

“I’m really interested in bringing theatricality to the one-man show format, and this script, as well as Cathal as a performer, allows so much scope for that. Over the last number of years, I've been incredibly fortunate to have a sensational design team support me. Jack Scullion, Eoin Lennon and Michael Stapleton share my ambition for bringing blockbuster theatre to Clonmel, and we’re excited to be the opening show for the Junction Dome, and the 2022 Festival’.

The play is as fast-moving as the game itself, bringing to life Matty Daly, a young hurler who dreams of making it to the senior team, his Mam and Dad, his teammates and arch-nemesis Conor Dooley, the inhabitants of the village where he lives - an Everytown of rural Ireland.

The highs of playing; the lows of the WhatsApp group you’re not in; funny and moving in turns; the passion for hurling; is clear throughout in a show that puts the audience on the sidelines of a game and a life, written by an actor who knows every move from the inside out.

With Source Arts Centre and Clonmel Junction Festival co-producing Pucked, this is a chance for Tipperary theatre to bring an exciting and topical new show to audiences.

“ It means a lot for me to be performing Pucked in Tipperary. There are so many artists from Tipperary I look up to and now to be joining them means a lot to me. Naturally and rightfully so when someone thinks of Tipperary they think of our rich quality of hurling but we thrive in the arts. Pat Shortt, Andrew Flynn, The 2 Johnnies, if I keep lisiting people I’ll forget someone. I would encourage every young person to pick up a hurley - it’s in my head, without question, the greatest sport on earth. The story of Pucked deals with this topic. What makes you ... you. Pucked is for fans of theatre, fans of the GAA and for those in the middle who adore both... it's a dream come true.

More details on the festival and where to get tickets at www.junctionfestival.com
We wish Cathal and Pucked, the very best.