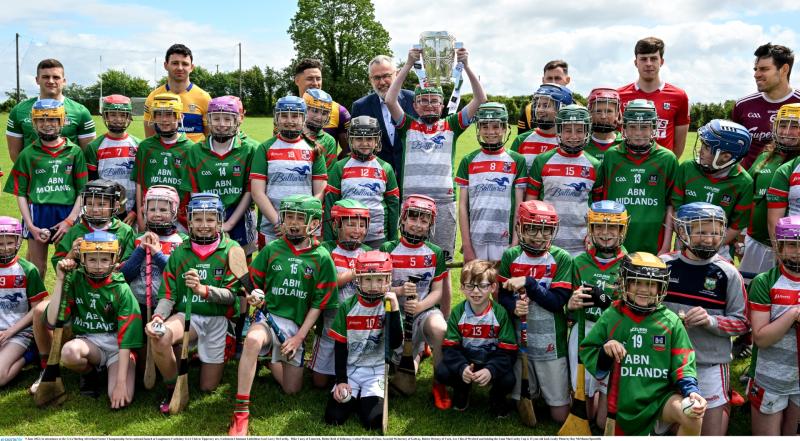 You don’t have to delve too far back into the past to find history making feats on the part of the Loughmore Castleiney GAA club.

Just last year, they belted out nineteen weekends in succession to win the county senior hurling and football final double in the Premier County - another remarkable achievement for the club.

But, last Thursday was another very notable occasion for the club as the All-Ireland senior hurling championship was launched in Pairc Ui Riain, Castleiney the club grounds named after Bloody Sunday players Jim and Bill Ryan. 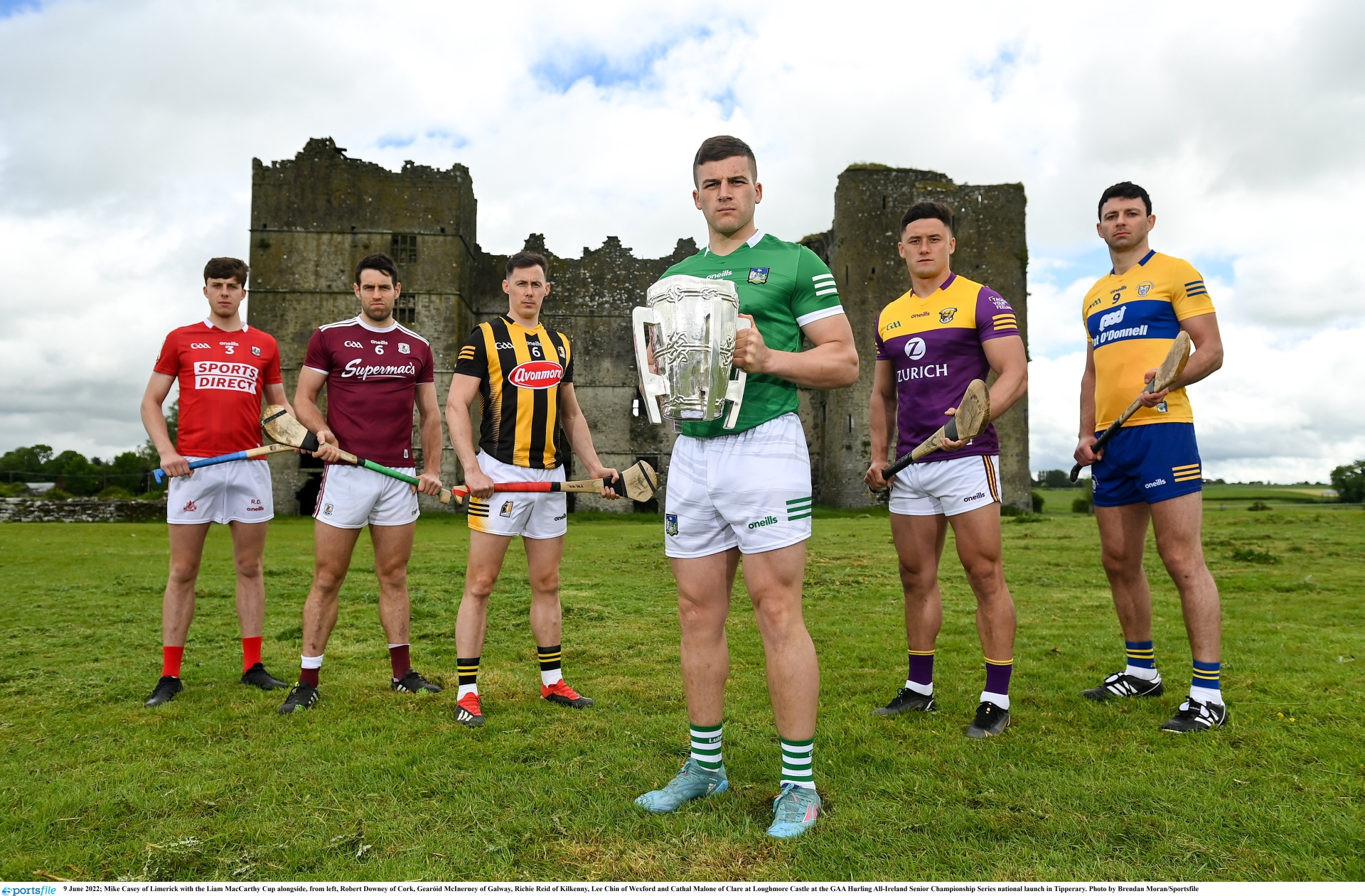 There too was the MacCarthy Cup while injured Tipp player John McGrath was accompanied by his crutches as he continues his rehabilitation following an achilles tendon injury.

“A proud day for our club” was how Chairman Eugene Stapleton described it. And, he was surely right. Here, the top brass in Croke Park travelled down the country to launch the All-Ireland senior hurling championship in a small, rural club which has gained national prominence due to its excellence - a great success story off the field. 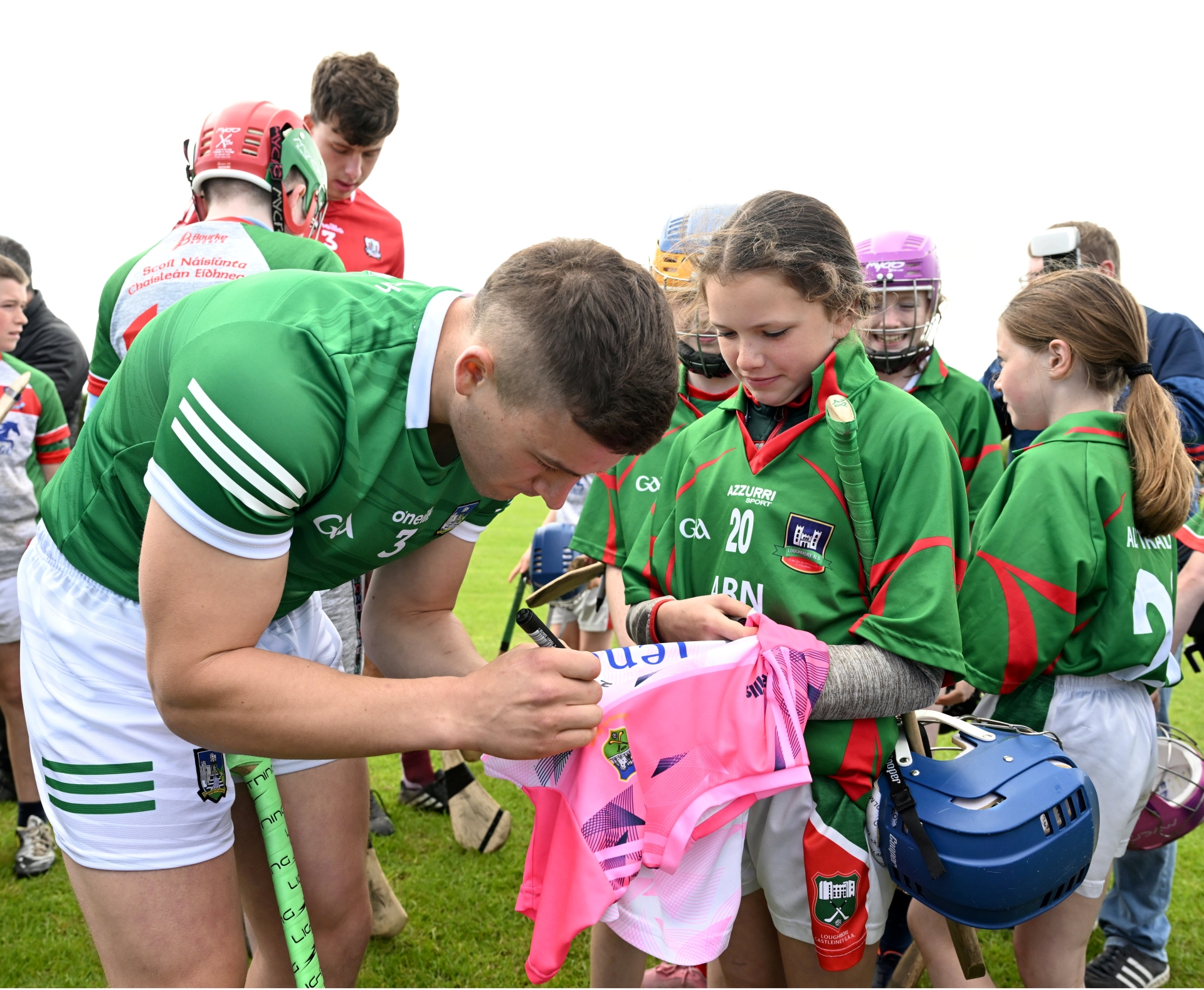 Speaking of the field - the facilities at Castleiney have been magnificently enhanced with the addition of an astro-turf pitch and ball wall, and the landscaping of the area behind the dressingroom goals to create a juvenile pitch. A considerable investment no doubt, this will pay rich dividends in the years to come for all those kids in Loughmore Castleiney, many of whom were togged out in their gear on the day and got to meet the players.

A photo shoot at Loughmore Castle was on the menu as the guests were treated royally back in Cugilla before the formalities took place, hosted by Kilruane MacDonagh man Damien Lawlor of RTE fame.

The fact that Tipperary was not included in the All-Ireland series line-up did take from the event from a Premier County perspective, but nothing could take from the fact that the GAA was recognising and acknowledging the wonderful work undertaken by a unit of the organisation which is absolutely rooted in the community - a community which has faced much adversity, tragedy and loss in recent years too.

Uachtaráin Cumann Luthchleas Gael, Larry McCarthy was very taken with the Castleiney venue. He has been to some of the finest facilities in the country, and indeed overseas, but he instantly recognised the impact those special few acres in Cugilla has had on the parish of Loughmore Castleiney. This is where the hurlers and footballers of the parish put aside their work, family or educational worries and woes to tog out, participate in Gaelic Games, train, exercise and form bonds of friendship which last from the cradle to the grave.

Larry McCarthy is a club man and he acknowledged the efforts of the Loughmore Castleiney club in hosting the event and the long hours which went into getting the place in top spec shape for the cameras.

He was presented with a copy of the substantial club history by Chairperson Eugene Stapleton, and noted that it was his kind of book - it was full of photos!!
A great honour indeed for Loughmore Castleiney - just another day of note for them.