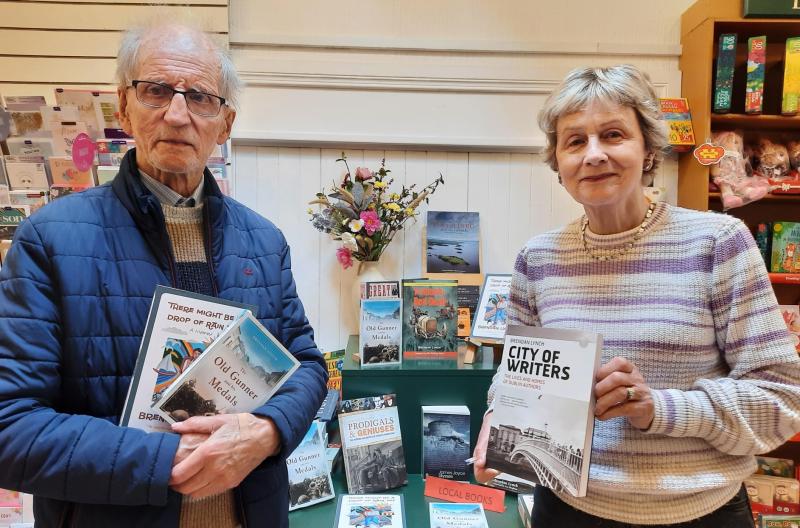 “We are delighted to be involved with such a dedicated writer. His 10 books have enhanced Tipperary’s place on the literary map and made a huge contribution to Irish social and literary history,” said proprietor John Ryan.

“Set in Toomevara and Nenagh, There Might Be a Drop of Rain Yet is a unique record of Tipperary life in the 1950s and the immense social changes which followed. Brendan’s three books on literary Dublin have been acclaimed by critics. His recent novella, The Old Gunner and His Medals, is a timely reminder of the horror and futility of war," he said.

Brendan remembered: “It seems as if it was only yesterday I was discussing with classmates Seamus Cleary and Malachi Cardiff on the corner of Pearse and Kickham streets what we would all do after leaving school.

"There was much merriment when I said that money wasn’t my priority, all I wanted was to be a writer.

"It took some time. Emigration to London and a lot of graft, before I established myself.

"It proves I suppose that anyone can realise their dreams if they work hard enough.

"I am indebted to John and Catherine Ryan for their birthday acknowledgement."