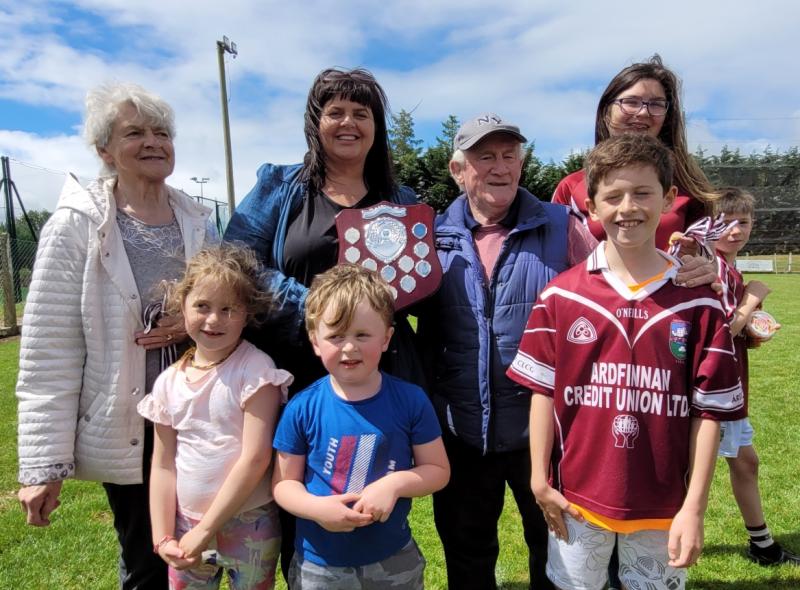 Congratulations to the Ardfinnan Under 11 boys who claimed the Freddie Quinn Memorial title on the morning of Sunday, June 26 in a super tournament hosted in Ardfinnan GAA grounds.
The rain stayed away and the four amazing young teams served up a spectacular feast of football in very closely contested event.
Following the round robin games, Ardfinnan and Moyle Rovers came out on top and contested the final, with Ardfinnan emerging victorious by the narrowest of margins. Clonmel Og and Fethard contested the shield final, with Fethard emerging victorious in that one by the narrowest of margins also.
The skill levels, heart, fight and sheer determination on display by every single player on every team was an absolute pleasure to witness.

their parents for bringing them along;

the clubs and their mentors for preparing the boys;

Derek and Martin for refereeing;

the club officials for sorting the parking, refreshments,

the logistics of the tournament;

Bernie, Siobhan, Caoimhe, Alex, Amelia and Jude Quinn and Pete Savage for representing the much-loved clubman Freddie Quinn, who would be a proud Ardfinnan man after that feast of football in his home grounds.

Full reports and pictures from the day in this week's edition of The Nationalist.