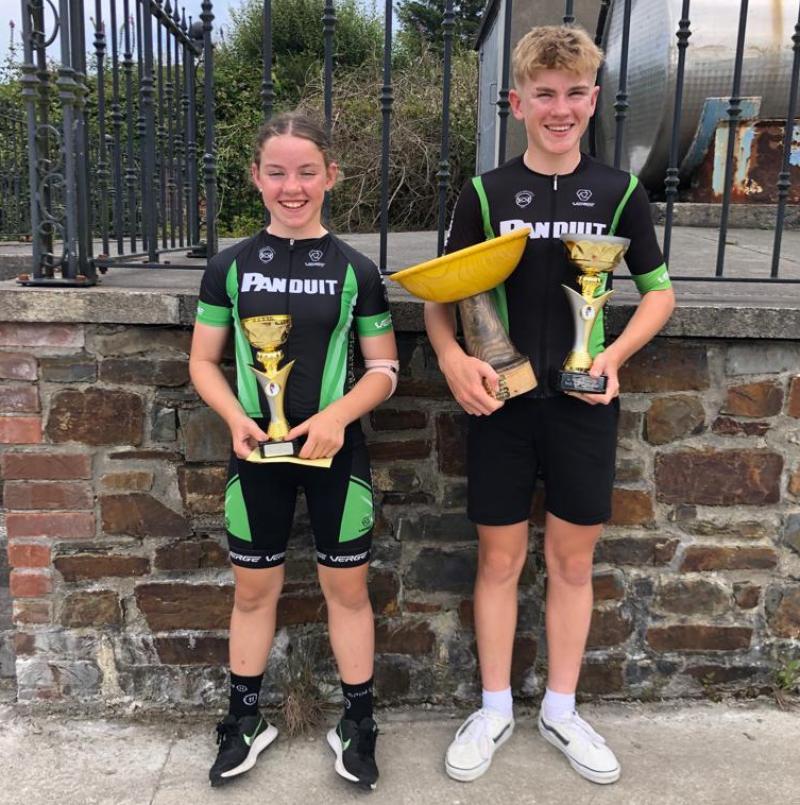 In Newcastle West, Orla Mulhearne finished third overall in the under 12 girls race while Hugh Óg Mulhearne won the under 14 boys overall with two stage wins and two second places.

Panduit Carrick Wheelers’ youth academy cyclists were in action last weekend in County Limerick at the Newcastle West International Youth two-day event.
The cyclists raced four hilly stages over the two days and it made for hard racing for the youngsters.
The club was delighted with their success in all age groups.
Orla Mulhearne finished third overall under 12 girl.
James Logue won the under 13 award in the under 14 race. Hugh Óg Mulhearne won the under 14 boys overall with two stage wins and two second places.
Well done also to Ben Rooney and Rory Mulhearne who both raced well over the weekend.