Browne repeats the trick with a late goal to down Clonakenny 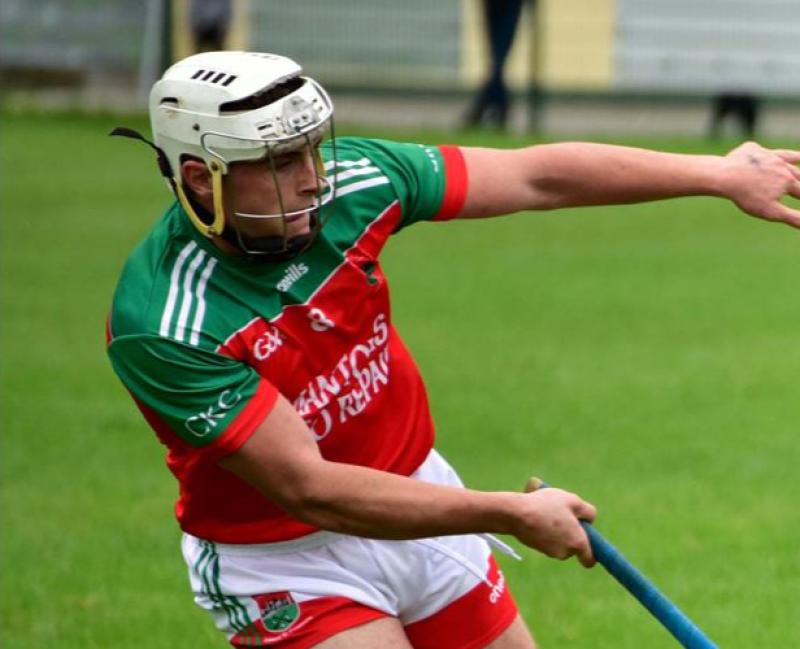 Cashel King Cormacs repeated their trick of 12 months ago, as they pulled off a late smash and grab victory over Clonakenny in the opening round clash of these divisional champions in the Ragg earlier this afternoon.

Rewind to this fixture in Nenagh last year, it took a very late Ger Browne point to clinch the win for Cashel, and the Tipperary player was once again Cashel’s best on show, with his goal in the 55th minute proving to be a huge moment which turned the game in the west champions favour.

Clonakenny nearly led from pillar to post up until that goal, but once Browne netted that goal, Cashel found that extra gear as late points from Ross Bonnar and Adrian Cummins sealed a win for the town team in exciting fashion.

In what was far from an exciting spectacle, save the last five or so minutes, Clonakenny got to grips with the wet conditions early in the first half taking a 0-2 to nil lead through a brace of Cian O’Dwyer scores.

Those scores occurred after ten minutes, and to say this game was scrappy would be an understatement, as the wet ball and surface in the Ragg was causing havoc for the players, and it took Cashel some 12 minutes of play to register their first point through a well taken effort by Ross Bonnar.

O’Dwyer and Bonnar were their teams main threat in the early stages and traded further scores by the 20th minute, but Clon were looking like the hungrier team and points from play by O’Dwyer and John Joe Ryan put their side ahead by 0-5 to 0-2.

Scores from play were proving to be a rare commodity in this game, with Cian O’Dwyer notching yet another from play, but the rest of the half’s scores would be from placed balls; O’Dwyer trading points with Eoghan Connolly and Devon Ryan with the half time score showing Clonakenny in the lead by 0-9 to 0-5.

Cashel needed some inspiration to come from somewhere quickly, and Ger Browne provided some much needed spark in the 33rd minute, picking up possession under pressure in the right corner of the field out by the sideline, he somehow managed to fade a left sided effort over the posts from a ridiculously tight angle to reduce the arrears to three points.

Some poor wides in the aftermath of that point were holding Cashel back though, but they continued to chip away at the deficit and by the 42nd minute, the match was back to a single point game after points from sub Adrian Cummins and a Devon Ryan free with Clonakenny still in the dressing room after the half time break.

Indeed, Cashel had a very gilt edged chance to level the tie when Devon Ryan somehow missed a close range free, and there was a two point swing here as Cian O’Dwyer made no mistake with a long range effort in the 47th minute to give his side their first point of the half.

O’Dwyer pointed another free in between two Cashel scores going into the final ten minutes, with a Devon Ryan free one of those as the one point gap was maintained with only five or so minutes left to go.

But the decisive moment soon came in the 55th minute, when Ger Browne got onto easy possession inside the Clonakenny 45 and burst down the middle of the defence before feeding Jack McGrathm and despite his effort being saved well by Willie Costigan, the ball scuttled out in front of the goal, with Browne following up to prod the ball home along the ground and give Cashel the lead for the very first time in the game. (1-9 to 0-10)

Clonakenny responded very well with a Michael John Carroll point from play from the resulting puckout to cut the gap, but from here Cashel always had the response with points from Conn Bonnar, Adrian Cummins, and a late Ross Bonnar point seeing Cashel over the line to record an opening round win in the group of champions.