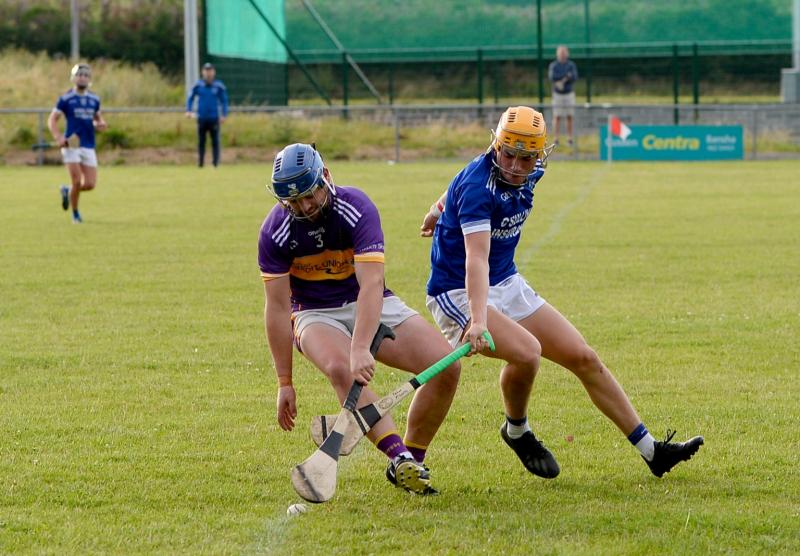 St Mary’s Clonmel got the winning start they wanted in their Premier Intermediate county hurling championship clash with Newport at Bansha on Saturday evening but not without some drama.
Five points up after nine minutes, six points ahead at the interval and a clear nine points in front ten minutes from time, they still had to cling on for a narrow one-point victory at the final whistle.
At their best the Clonmel side played some outstanding hurling, with wonderful link-up play and great scores, but falling off the pace at times allowed Newport back into contention. Yet St Mary’s will be happy that they banished the blues from their disappointing south semi-final defeat to Carrick Swan.
Newport played second fiddle for much of the game but showed great resilience to claw their way back into contention on at least three occasions, and in the final seconds could have drawn or even won the game.
County man Seamus Kennedy was immense at the heart of the St Mary’s rearguard with Peter McGarry, Cathal Deely, Ross Peters and Ruairi Leahy leading the Newport defence a merry dance at times. At the back Jamie Peters and Matt Barlow impressed. Newport didn’t have the same firepower upfront, with an over-reliance on sharpshooter Darragh Carroll, but Colin Floyd, Thomas Floyd and Cian Flanagan all took nice scores, with Jordan Young and Robert Houlihan clearing a lot of ball from the back.
St Mary’s stormed into the game. They were five points to no score ahead after nine minutes and 0-8 to 0-2 in front at the end of the first quarter, with points from Peters (2), Leahy, Jason Lonergan, Seamus Kennedy and three Sean Kennedy frees to two Newport replies from Thomas Floyd.
Carroll from a free and a second Leahy point preceded a stunning St Mary’s goal, with Peters and McGarry moving the sliothar from midfield and Deely finishing in style to put them 1-9 to 0-3 ahead after 21 minutes.

Young Tipperary man gets to referee his first game

Newport were settling into the tie now and hit four without reply from Cian Flanagan, Thomas Floyd, Oran Floyd and Oran Connors to reduce the deficit to five. The Clonmel side edged the last five minutes with points from Seamus Kennedy and Sean Kennedy frees, Ross Peters and Gavin Ryan, to Newport scores from Carroll (2) and Daniel Carew to leave it 1-13 to 0-10 at the interval.
Newport enjoyed the start to the second half that St Mary’s had in the first with three unanswered points from two Carroll frees and a Colin Floyd score in the first three minutes. It was all Newport pressure but the Clonmel side responded in a manner that will delight their management team, hitting back with five unanswered points in the next 16 minutes, from McGarry, Deely and two frees from Sean Kennedy and one from his brother Seamus, to make it 1-18 to 0-13.
By the 20th minute the lead had stretched to nine points, 1-22 to 0-16, and the Clonmel side looked home and hosed. But the north side turned the game on its head in the next eight minutes as they rocked St Mary’s with points from Colin Floyd, Darragh Carroll (2), Pa Ryan and then a Colin Floyd goal to leave two points in it, 1-22 to 1-20, with two minutes to go. A brilliant point from Peter McGarry steadied the Clonmel ship but only briefly, as Newport replied with a Cian Flanagan point and a monster score from halfway from Carroll to leave just a point in it well into added time. A decisive block denied them a late goal and Newport were still on the attack when referee John O’Grady blew the final whistle.
A heroic effort from Newport had just fallen short but St Mary’s will rightly celebrate two hard-earned points in a competitive group.
St. Mary’s: Enda Dunphy, Joe Gunne, Jamie Peters, Matt Barlow, Tadhg Condon, Seamus Kennedy 0-4, 3 frees; James Morris, Jason Lonergan 0-1; Gavin Ryan 0-1; Peter McGarry 0-3; Sean Kennedy, 0-7, 5 frees; Cathal Deely 1-2; Ross Peters 0-3; Ruairi Leahy 0-2; Dean Cagney.
Subs: Eoin McCarthy for Cagney, Conor Deely for Ryan.
Newport: Paul Hogan, Conor Hickey, Robert Houlihan, Jordan Young, Cian Flanagan 0-3; Conor Floyd, Odran Floyd 0-1; Peter O’Sullivan, Kealan Floyd, Daniel Carew, Darragh Carroll 0-10, 4 frees; Oran Connors, 0-1; Thomas Floyd 0-3; Colin Floyd, 1-2; Pa Ryan. 0-1.
Subs: Aidan Moloney 0-1 for O’Sullivan, Aidan Ryan for Carew; Diarmuid O’Riordan for Thomas Floyd.
Referee: John O’Grady (Rosegreen).