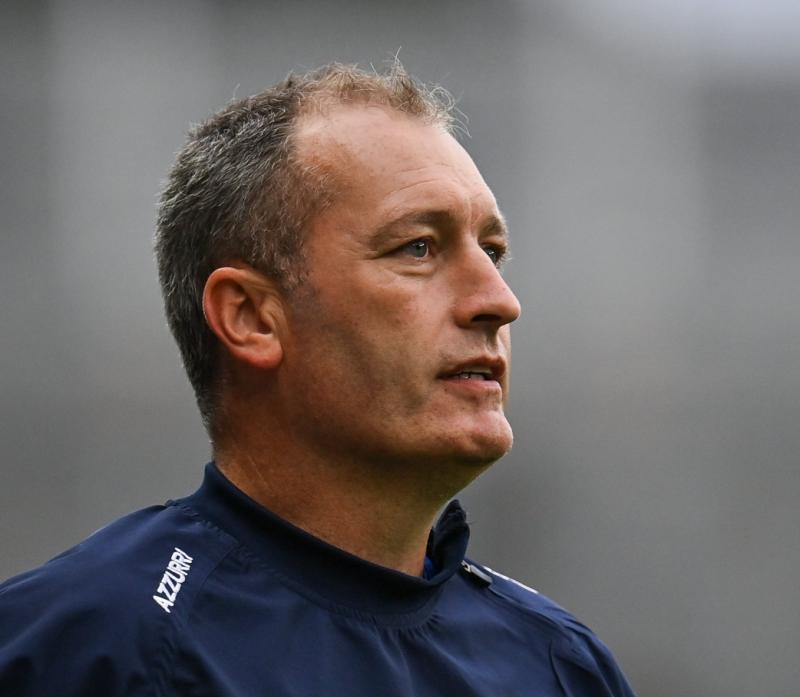 Liam Cahill believes Padraic Maher is ‘the perfect link’ between their new management team and the playing group, after the Thurles Sarsfields man's appointment as senior hurling selector.

Cahill confirmed on Saturday that he has added Maher, Declan Laffan and TJ Ryan as his selectors, after last week being announced himself as the county’s new senior hurling boss.

The addition of the six-time All-Star Maher is the most striking, after he was forced to retire from hurling due to injury earlier this year.

“I’m absolutely delighted to have the calibre of people I have on board with me,” Cahill told Tipp FM’s Extra Time show last Monday night.

“There was three phone calls, three meetings and three yes’s. That’ll just tell you where Tipperary hurling is in the mindset of these individuals in Paudie and Declan and TJ.

“In relation to Paudie, what can we say? You don’t need me to list the plaudits on top of Paudie Maher but I think at this point of time, Paudie unfortunately last year had to step away from inter-county senior hurling. I think it’s something that doesn’t sit well with him yet and I think he feels that he has a lot to offer on that training field still from a coaching and leadership perspective. I was absolutely thrilled when he accepted my offer to come into the management team. It absolutely gives the perfect link between the current player and a new manager coming in.”

Cahill does not believe there will be an issue with Maher having recently played with the Tipperary squad and having his younger brother Ronan involved.

“That’s something that was high on my mindset as well, to the forward of my mind when I thought about putting Paudie on board but I’m very au fait with having direct conversations. At the end of the day I’m the manager and if there’s hard conversations to be had, it’s I’ll be having them. I don’t foresee that being a problem.”

Tipperary’s physical conditioning was a source of debate this season after a tough Munster championship campaign. Cahill confirmed Tommy Ryan is to oversee the squad’s S&C preparations and believes the county are making strides in that area with All-Ireland champions Limerick the benchmark in standard.

“Sometimes it’s a very easy cop out, the responsibility shouldn’t just fall on one person’s shoulders alone. Ultimately I’m the manager, I’m wise enough to know that the buck stops with me. It’s a vital part of preparation of a high performance environment.

“We look at our neighbours Limerick, they look to be superbly well conditioned. There seems to be a massive amount of consistency about what they’ve been doing right up along through their academy feeding into their senior team. I think that’s something the Tipperary county board and games development in Tipp are now getting to grips with and getting their head around and I think while we mightn’t have instant success, I think the platforms and particular models required are being put in place now to make sure we’re in better stead over the next number of years.

“As regards the senior hurling team, I have a strength and conditioning man Tommy Ryan that has worked with me all the way up along from minor to my senior days in Waterford, and Tommy is a man at the top of his game. Tommy’s going to go forward with me into this Tipperary role with all the energy and enthusiasm he has shown while we have worked over the last number of years.”

After enjoying huge success as Tipperary manager at underage level, Cahill says patience is required with their developing players but is confident they can emerge strongly at senior level.

“It’s something we’re going to request early on, but we know it’s not going to last forever. We’re going to need time to make sure we get the right people in, the right players in to assemble the most competitive panel. My appointment is coming at a great time now with the commencement of the county championships.

"As of now the Tipperary senior hurling panel is disbanded, both myself and the management team will be forming a panel at the end of this year’s championship and making sure the players that are delivering for their club and earn the right to come in and wear that Tipperary jersey, will be selected accordingly.

“These things usually come through if they’re managed correctly. I would be very confident that these players would step up to be good inter-county senior players over the next two to three years.”

“Tipperary people expect to be dining at the top table every year. That’s my job now, it’s my responsibility to make Tipperary competitive again and get them back up the notches required to get back to Croke Park and hopefully back to the biggest day of the year. That’s going to take a lot of effort from everybody. It’s a results-driven business, I’m going into this role with my eyes wide open.

“Since my early days at underage with Tipperary and to get this opportunity at senior level is a dream come true for me and I’m really looking forward to what lies ahead. You always have them little thoughts in your head in relation to maybe not stepping in at the time when asked initially. I’m just very grateful that the opportunity has presented itself again.”

Despite his time as Waterford manager coming to a disappointing end in the 2022 campaign, he still guided them to a hurling league title last April and the 2020 All-Ireland final, and Cahill believes this has aided his development as a manager.

“My term in Waterford has really benefited me. I’m forever grateful to the Waterford county board for giving me the opportunity that time. They took a chance on me and Mikey Bevans I suppose. I’ve gained a lot of experience and dealing with adult players and you know the mechanism and the monster that is now the preparation of an inter-county senior team. The experience should stand me in good stead going forward.