The medal will be returned to the Army Museum in Western Australia later this August after its visit to Lorrha. 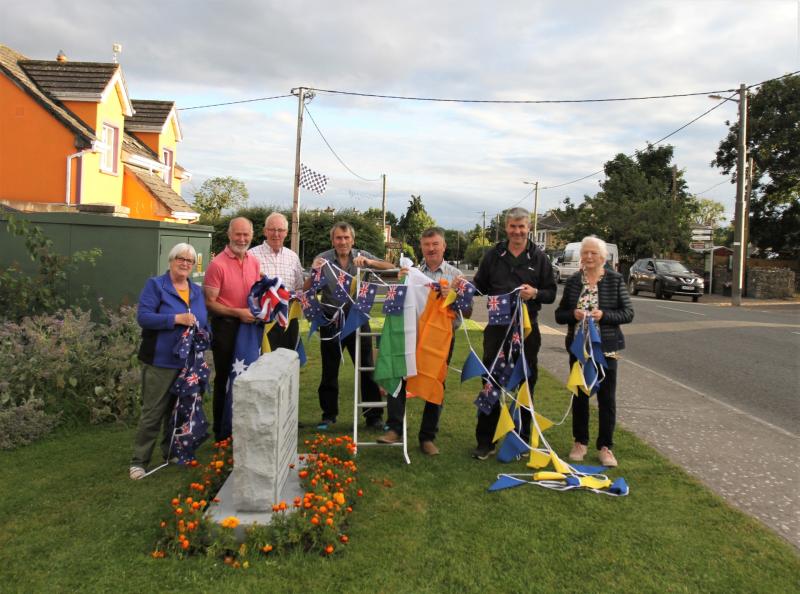 Lorrha is a hive of activity this past few weeks as the local community prepare for the visit on August 13th of the Martin O’Meara Victoria Cross.

Born at Lissernane, Lorrha, Martin O’Meara emigrated as a young man to Australia. He enlisted in the army and served as a stretcher-bearer on the Western Front. He was awarded the Victoria Cross for bravery he displayed during the horrific Battle of the Somme in 1916. The young Lorrha man braved intense gun fire and shelling to rescue injured comrades. It was reported that he rescued 25 men over a four day period at Pozieres, France.

He was awarded the VC for bravery and this visit will be the first time the medal has visited Lorrha in 106 years.
Martin was a proud Lorrha man and he never forgot his roots, his family, parents, brothers, sisters, cousins and his uncles. He returned once to visit them but soon made the long journey back to life in Australia.

In his will, he left £1,300, which amounts to about €100,000 in today’s money, to the Lorrha community. The money was to go towards the re-roofing of the Dominican Abbey. However, as it wasn’t practicable, the money was used to help build Redwood NS instead.

The VC is presently on display in the National Museum of Ireland, where it has been on loan from the Australian Government since its arrival in Ireland in July 2019. It was to visit Lorrha in 2020 but due to the Covid-19 pandemic, the visit had to be postponed. It will be returned to the Army Museum in Western Australia later this August after its visit to Lorrha.

However, Saturday August 13 will see the Victoria Cross on display for one day only in St Ruadhan’s Church, Lorrha after an Ecumenical Service earlier, where it will be fittingly honoured Proceedings are expected to get under way at 10am with a wreath laying ceremony.

The committee have worked very hard over the last two years, to get the VC to visit Lorrha before it is returned. Meetings were held with the Australian Ambassador to Ireland Gary Gray and zoom meetings with representatives from the Army Museum of Western Australia. The zoom meetings will continue to take place until the VC has gone back.

Ahead of the display date, which coincides with the beginning of National Heritage Week, a lot of work is taking place in the village.

The organising committee is asking people to support this momentous occasion by making donations which can be done on a go fund me page under “Homecoming of Martin O’Meara’s VC on www.gofundme.com. You can follow progress on www.lorrhadorrha.ie or on facebook.

More importantly, the committee urge everyone to come along on the day and enjoy all the village of Lorrha has to offer.