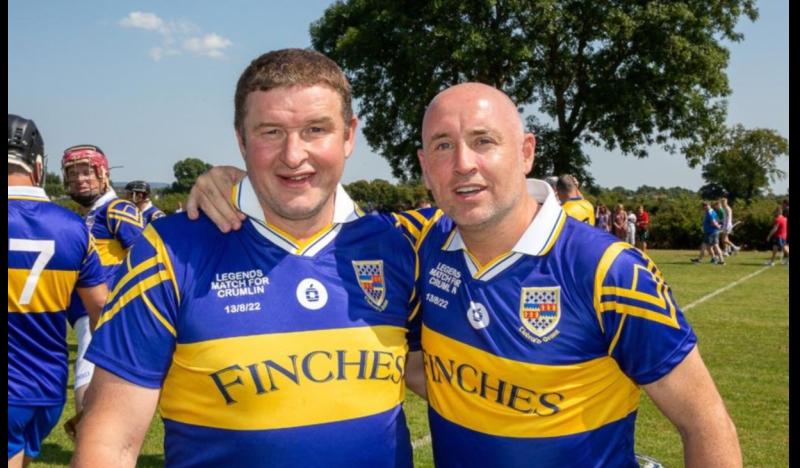 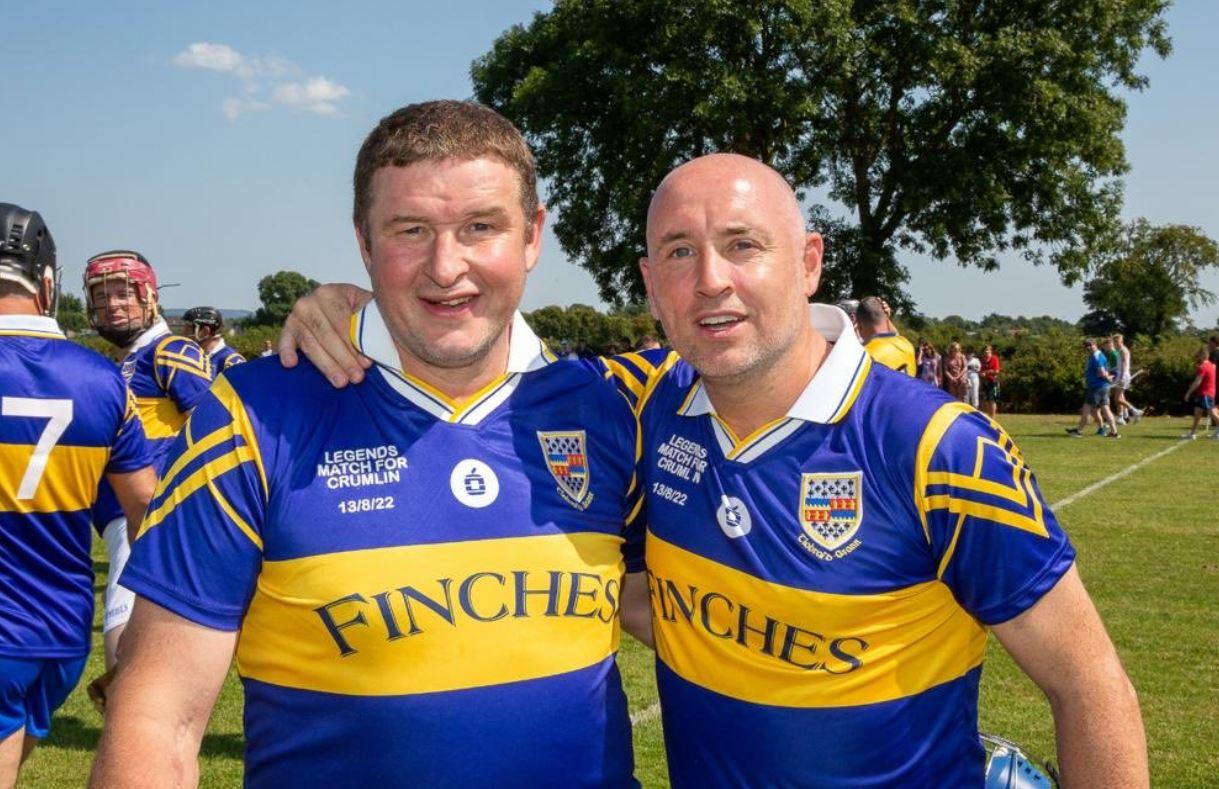 Boher played host to an entertaining hurling clash of Limerick and Tipperary legends last Saturday, in a game filled with action.

Limerick got the better of the Premier on a 6-22 to 6-16 scoreline, while the match raised funds for the Children’s Health Foundation Crumlin, who received the proceeds for the hundreds who paid to meet many hero’s from both counties.

With the fantastic weather playing its part, the hurling on offer was open and exciting, with a number of players class is very much permanent. The positive energy generated by the event was obvious for all in attendance.

The idea was the brainchild of Alan Foley, a Boher native now exiled in the Premier County, and he spent many weeks assembling to stellar line-ups.The sides held a minutes silence for the late Dillon Quirke prior to throw-in.

The game itself was a goal-fest, with Tipperary in particular aiming for green flags early. However, Limerick, managed by 1973 duo Richie Bennis and Eamon Cregan, raced into a 2-5 to 1-0 lead with Donie Ryan flicking on a long ball for a neat goal. His brother TJ, who returned to the forwards was also on target with a couple of long-range scores. John Carroll provided Tipperary’s opening score, bursting though the rear-guard to find the net.

The hosts led 3-6 to 1-1 at the much-needed water break before the visitors made a second quarter revival. Conor O'Donovan was in the Bainisteoir top for Tipperary, having hurled for the county in the 1980’s and 1990’s despite being originally from Effin, in south Limerick.

As in the first-half, Tipperary allowed those in green build up a lead. TJ Ryan finished a wonderful team move with an old-school pull to the top corner from 20-meters out. It was one of several goals that helped Limerick to a 6-14 to 4-13 advantage at the three-quarter mark. Brendan Cummins – who abandoned playing in goals at half-time was on target with a goal while Eoin Kelly, Shane McGrath and John Carroll helped haul the Premier back into contention.

Albert Shanahan denied Kelly with a penalty save but the rebound was buried to the top corner. Ultimately, Limerick had the final say with a string of points including Seanie Tobin’s mazy solo run ending with a wonderful kicked effort, helping Limerick pull clear. Dublin senior Camogie manager Adrian O’Sullivan landed a long-range effort as Tipperary’s late rescue mission came up short. James Butler was also accurate as the tired bodies began to show on both sides.