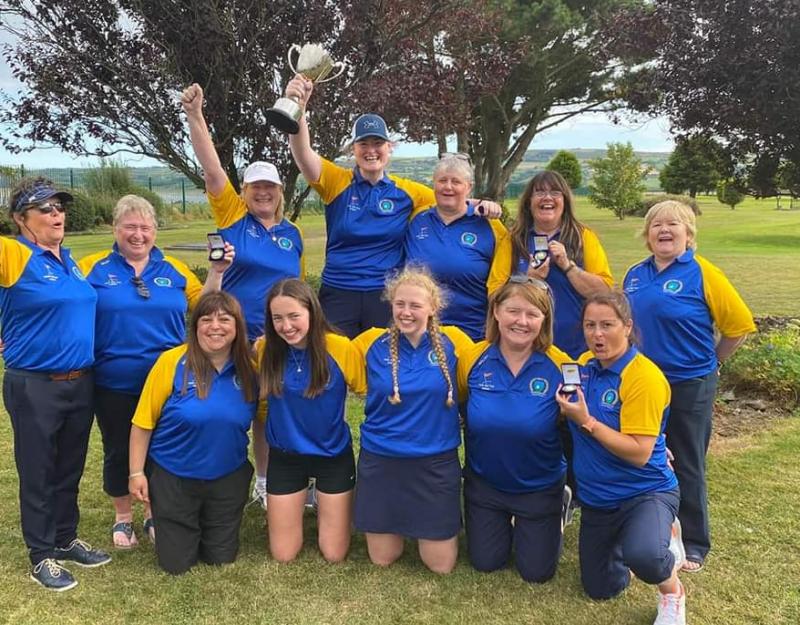 More success for the club in Cunnigar

Well done to Michael Fennell who continued his fantastic run of form by claiming the Fermoy Scratch Cup on Saturday last.

The sweltering heat had no effect on Michael as he completed the opening round with a sizzling 10 under par. Hard to believe it but things got a whole lot better in Round 2 as Michael shot an unbelievable 14 under par to finish on a total of -24 and a comfortable five shot victory.

All that was achieved against a field of the highest quality, and while Michael has always competed with the best in the country 2022 has seen him rise to a new level. Senior Scratch Cup victories at Ferbane, Gowran and now Fermoy, along with three more second place finishes, are just rewards for years of hard work and Michael is also now inside the top 25 in the National rankings.

He was also part of the Tipperary Senior team who captured the Munster Inter County Championships at Cunnigar last weekend and can now look forward to the National Inter Counties and the Provincial Matchplay with great optimism.

Well done Michael. On the local front the Brophy Trophy continues while next Friday night we head to Butlers for the presentation of the Limekiln and Credit Union competitions. We encourage all our supporters to come and join us for a long overdue club night out.

Meanwhile, there was more success for the club over in Cunnigar, the weekend before last.
Mary Quinn represented the Tipperary Senior team who won the gross section in the ladies.
Bridget Shelley, Frances Ryan and Elaine Quinn won gold with the intermediate team when they won the Nett section.

Francis Sage claimed a silver medal with the Tipperary Junior team and on Sunday Michael Fennell won another gold with the Tipperary Senior Gents team when they won by 3 shots from Cork and retained the title they won in Hillview when last played for.

Aideen and Fiona Bourke also represented the club on the Ladies Junior team.
A great weekend for Lakeside and Tipperary pitch and putt.