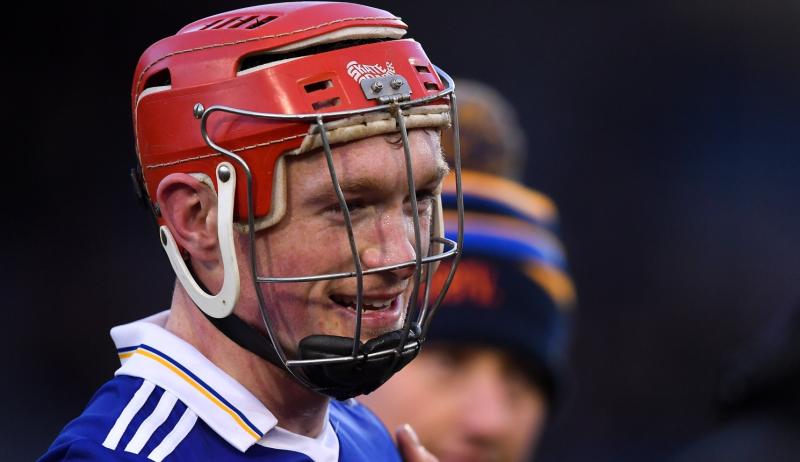 The horrible last few weeks that have been for the Tipperary GAA family has been a stark one for many around the county, but one thing that has shone brightly from the passing of Dillon Quirke, is the community values we are lucky to have in our organisation.

We all felt some sort of varied level of shock and grief at Dillon’s passing.

In my own case, I had never come across Dillon in my time covering Tipperary hurling, but as an avid supporter I’d seen Dillon play so often in the blue and gold and that builds a connection to players no matter if you know them or not.

And it was clear I wasn’t alone in that with so many portraying their shock and disbelief at what had happened, but it is at times like this that will really see the values of the GAA and why it is so ingrained in communities across the county.
I attended Dillon’s funeral ceremony and his uncle Andrew Fryday really went out of his way in his eulogy to thank the wider GAA community who had come forward to comfort the Quirke family.

Almost every club in the county turned out for his wake the previous day and looking at scenes like that would give you a lump in your throat, no matter how stoic you are.

It just highlighted the fact that even though we will always have that parochial and tribal rivalry between clubs and counties in this country, that we all love the same thing and when one of us suffers, we all suffer.

Unfortunately, there are far too many examples over the years of young, talented hurlers and footballers losing their lives well before their time.

Former Tyrone footballer Cormac McAnellan, Galway hurler Niall Donoghue, and more recently the passing of former Tyrone hurler Damian Casey who died in June last, are all examples of this, but one thing that these tragedies have highlighted is that we in the GAA stick together in the good times and the bad and you can’t help but feel a certain pride because of it.

There have been so many touching stories of people who have reached out to the Quirke family to give them comfort since Dillon’s passing, but one that really has stuck with me is the gesture from Cork hurler Shane Kingston, who travelled up to Clonoulty to give the Quirke family back Dillon’s jersey from his final Tipperary game against Cork back in May.

The two men had marked each other in the game and traded jerseys at the final whistle, and it was a touch of real class from Kingston to travel all that way to pay his respects, and it really showed the quality of the Cork hurling family.

I’m glad I have the opportunity and platform to write a little about Dillon’s exploits, and we can all be guilty of extolling people’s nature and values after they pass away, especially in tragic circumstances, whether they are fully warranted or not.

But Dillon is fully deserved of all the tributes and all the praise he is getting. What a mighty man he was...

He really was a player that was beginning to look the part for the Tipperary seniors.

Even going back to the Miller Shield games last winter, I went to see the west Tipperary selection take on south Tipperary in Cashel and I had the new Tipperary management of Colm Bonner, Tommy Dunne, and Paul Curran in front of me in the stand for the game. Dillon played wing back in front of us in the first half and he gave an exhibition in that game, and looked miles ahead of most lads on the field physically, playing immensely throughout, and I remember leaving Leahy Park that day thinking that he has to be given an opportunity at wing back during the league, and he certainly took his chance as he was one of the highlights of a very poor year for Tipperary hurling.

Tipperary have lost a good man and a good hurler, and we are lucky to have the culture of Gaelic games we have in this county that we can rally for each other, but we will all be hoping that such a loss doesn’t befall us again anytime soon.