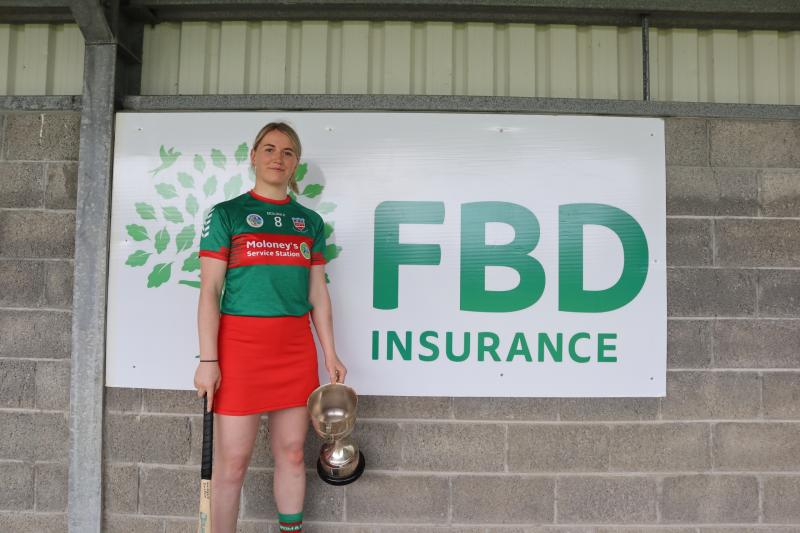 The second needed extra time before Drom could be finally crowned the winner. Annacarty will be a side that will certainly have serious ambitions of winning a coveted senior crown after brilliant success at underage in recent years.

Many of those key players are now well established on the senior team and as a club they will feel the time is right to break the ceiling. Orla O’Brien was hugely impressive for the Tipperary minors this year and is a very exciting prospect for the West Tipperary club.

Experienced players such as Cinnait Walsh, Jean Kelly, Karen Fox and Siobhan O’Neill will backbone the team while Leah Heffernan and Eibhlis McDonald present plenty of scoring threat up front.

They are a very young side with plenty of pace including twin sisters Lily and Anna Fahy but 2022 could be a year too soon to capture a senior title which many will feel is on the horizon. However, talks of former Tipperary senior player Philly Fogarty being back in the side could make the difference.

Kickhams were very impressive winners of last year’s Intermediate title and are a team that would be expected to go very well at senior level. However the loss of star player Caoimhe McCarthy with a cruciate injury has made their task much more difficult.

They still have the potential to be a real match for any team in their group with players of the calibre of Ereena Fryday and Eimear Heffernan.

After a solid first year up senior in 2021 Thurles Sarsfields would have been really looking forward to building on that progress this year. However with Karen Kennedy unavailable for Tipperary all year having had shoulder surgery it’s a massive blow to their ambitions.

They will still hope that she will be able to feature for them but it would be very hard to expect the usual high standards having missed so much hurling and match practice. Sars did have a good representative of players with the Tipperary juniors this year including Katie and Niamh McCormack, Aoife Butler and Ciara Cummins.

Burgess Duharra will be very disappointed with their performance last year against Clonoulty Rossmore which ended their championship.

2022 has seen sisters Caoimhe and Ciardha Maher back in with the Tipperary senior team and hurling very well. As a result they should have a major impact with the club this year along with the likes of Jenny Grace and Ciara McKeogh.

As a young team trying to establish themselves in senior ranks and pick up some wins it’s difficult to see them succeeding against any of the opposition.

Silvermines are a club that look to be improving year on year as a senior team. They always do well in the league and in last year’s quarter final they more than held their own with Drom-Inch for 45 minutes.

They can be somewhat inconsistent in key games but this year they will hope to record a few wins in the group stages to build confidence in the club.