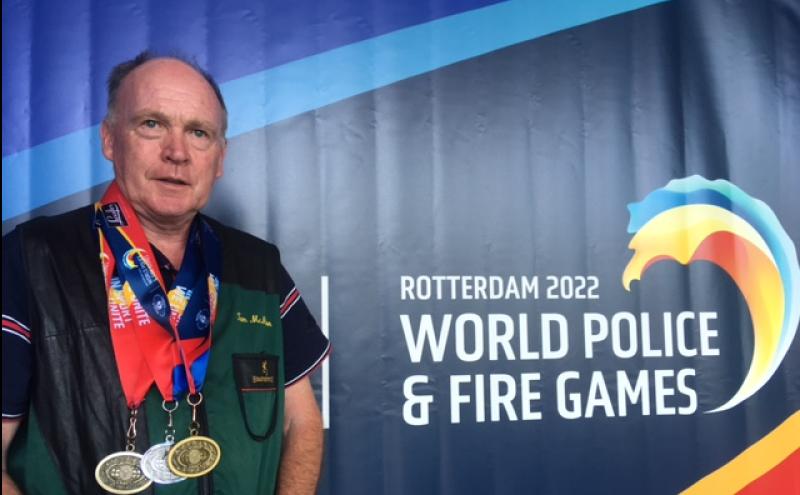 Tom McMahon from Clonmel was in the top three in the individual clay pigeon shooting events at the recent World Police and Fire Games in Rotterdam, Holland

Clonmelman Tom McMahon has maintained his successful record at the World Police and Fire Games, which this year were held in Rotterdam in Holland.
A retired Detective Garda, Tom finished in second place, as well as securing two third place finishes, in the individual Clay Pigeon Shooting competitions.
The World Police and Fire Games is a biennial event for serving and retired police, fire, prison and border security officers.
Tom had previously won individual gold medals at the games in Canada in 2007, Australia in 2009 and Belfast in 2013.
The Games is the third largest international multi-sport event in the world.
The concept of promoting sport and fraternity within the police and fire fighting communities began in 1967, with the staging of the first ever California Police Olympics.

This concept grew and led to the establishment of the World Police and Fire Games Federation (WPFGF) in 1983, with the first Games taking place in San Jose in 1985.