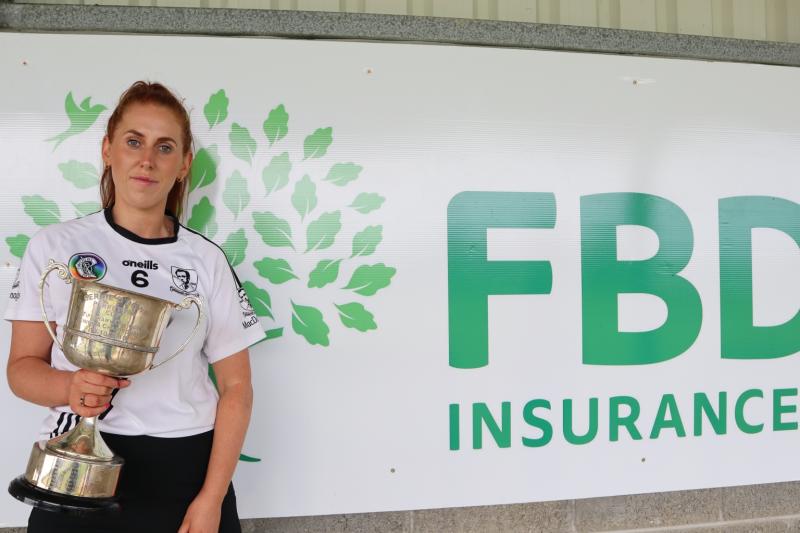 As last year’s finalists Shannon Rovers will be many people’s favourites. Manager Vincent McKenna has plenty of county players to call on with senior goalkeeper Aine Slattery between the posts along with Aoife McGrath and Eimear Fogarty from the junior team while Emma Darcy, Frances Bugler, Niamh Franks, Celine Guinan and Eimear Fogarty were all part of the Tipperary minor panel this year.

They get their campaign underway with a tricky away fixture against Newport Ballinahinch.
Newport Ballinahinch will be eager to make a top four spot this year having missed out last year. They showed good form earlier this year reaching the league final where they lost to Boherlahan Dualla despite scoring 15 points (a score which would win many camogie matches).

Former Tipperary Senior panellists Keely Lenihan and Caroline Mullaney will be key to their ambitions this year with Keely scoring seven points in the league final.

Boherlahan Dualla play their first ever Intermediate championship game this weekend against Borris-Ileigh. After capturing the league title this year could they do a ‘Kickhams’ on it and go from Junior A to senior in 2 years?

As a club they certainly have the momentum. Captained by Sarah Delaney the team includes, Tipperary junior captain Clodagh Horgan her sister and Tipperary minor wingback Emma Horgan and minor forward Lisa O’Connor up front.
Borris-Ileigh last won a county intermediate title in 2014. They held their own at senior level for a number of years bringing Burgess-Duharra to a replay in 2017 before returning to the Intermediate ranks a few years later.

They came very close to a final appearance last year and will be hoping to get off to a winning start this weekend. Kilruane MacDonaghs will be favourites against Cahir on Saturday evening having beaten them well in the league earlier this year 2-12 to 0-5 points. Aisling McCarthy (AFLW) and Aishling Moloney (cruciate) have been huge losses for them since they came up from junior last year and they struggled in many of their games without them.

Tipperary senior player Roisin Howard is their key player while minor dual player Niamh Costigan will also trouble many defenders. Kilruane will be aiming to win the intermediate championship this year after coming so close to beating Kickhams in last year’s semi-final.

Having struggled to find their footing at senior level the last few years Toomevara are back in the Intermediate grade this year (a grade they last won in 2019).

They will be a handful for any team at Intermediate with Tipperary Junior player Mags Quigley in defence and sisters Shauna and Jill Anne Quirke up front.

Having lost last year’s final to Boherlahan Dualla Moneygall will be expected to have a big say in this year’s championship.
With Mary Ryan commanding things at centre back and Mairead Teehan in terrific form they will be a very formidable outfit once again. Mairead Teehan was joined on the Offaly senior panel this year by Edwina King and Catriona Doughan while former Tipperary All-Ireland winner and All-Star Julie Kirwan also returns to the team this year which will boost their chances of success.

Drom-Inch ran Moneygall close in last year’s county semi-final and have plenty of good quality players that could go a step further this year such as Grainne Long, Kate Fogarty, Patricia McGrath and Niamh Shanahan. Like any second team their success or failure could depend largely on whether players are used on the first team.

Holycross Ballycahill are another team that will go into this year’s championship with confidence after a good league campaign where they were beaten in this year’s league final by Kiladangan after extra time. Claire Stakelum had a good season with the Tipperary juniors this year and will no doubt bring that form into the club championship. Lorna O’Dwyer, Anna Gavin and Siobhan Ryan have all previous experience playing with Tipperary while Meabh Ryan was a sub on this year’s minor panel.

It’s new territory for Lorrha this year having captured the Junior B title in style last year. They certainly won’t shy away from the challenge of playing against more experienced Junior A teams. Tipperary senior player Clodagh McIntyre is a huge asset in their team and usually operates in midfield. While Caoimhe Kennedy, Elaine Hogan and Katie Kennedy have previously donned the blue and gold.

Their opening game is at home this Sunday against Ballina who has Tipperary Junior panellist Aoibhean Ward in their team. Brian Borus will make the long trip to Kiladangan for their opening fixture. Kiladangan were impressive this year when capturing the league title. Paula Kelly and Emma Mulqueen scored some lovely points in that final and will be key to Kiladangan’s progress in the championship.

Sinead Meagher is also another key player and will trouble any defence with her excellent fielding and ability to score from distance.

Brian Borus are a formidable outfit and are more than capable of beating any of their opponents. Kacey Meehan was the county minor goalie this year while Mary Barrett and Alison O’Mahony were on the county junior panel.

They have lots of pace and it is expected they will greatly improve again this year having recently come up from Junior B.