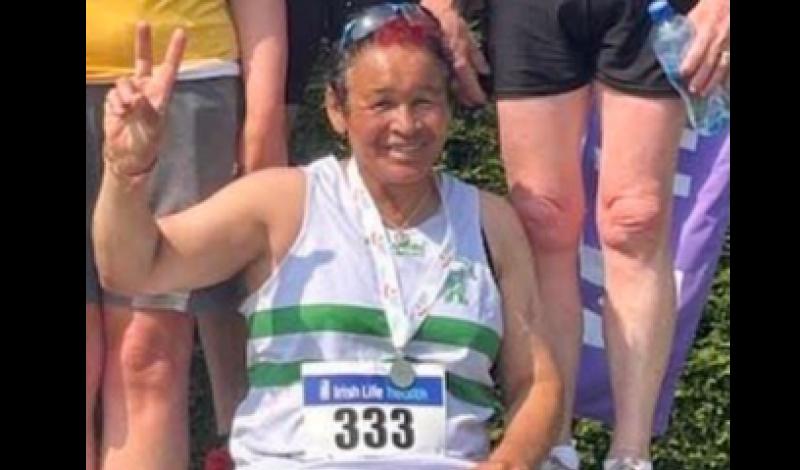 The National Masters Track and Field Championships took place at a sweltering, sun-drenched Tullamore Harriers track on Saturday last.
Clonmel Athletic Club had three athletes competing - Hazel Galloway in the 100 metres and 200 metres over 65, Noel Howley in the over 70 800 metres and 5,000 metres and John Laste in the 5,000 metres over 55 race walk.
Hazel Galloway stormed out of the blocks and never looked back, as she romped to a convincing win in the 100 metres to take the title in 16.81 secs.
Later in the day she competed in the 200 metres. Here in the final, she again got a brilliant start out of the blocks and put in a tremendous effort around the final bend, which saw her open a very commanding lead all the way to the line to win in a very good time of 37.98 secs, considering the intense heat.
These were two brilliant performances by Hazel, who has nursed herself back to full fitness having spent a long period of the past year injured. She has consistently performed and excelled at this level for many years and totally deserves the title of the fastest female master in the country in her age category.

John Laste competed in the Masters over 55 5,000 metres race walk. 16 walkers took to the line this year, one of the biggest fields for many years. Conditions were extremely hot, with officials deciding to have a water station on the track. Aware of his competition in the race, John decided to settle in for the first few laps. 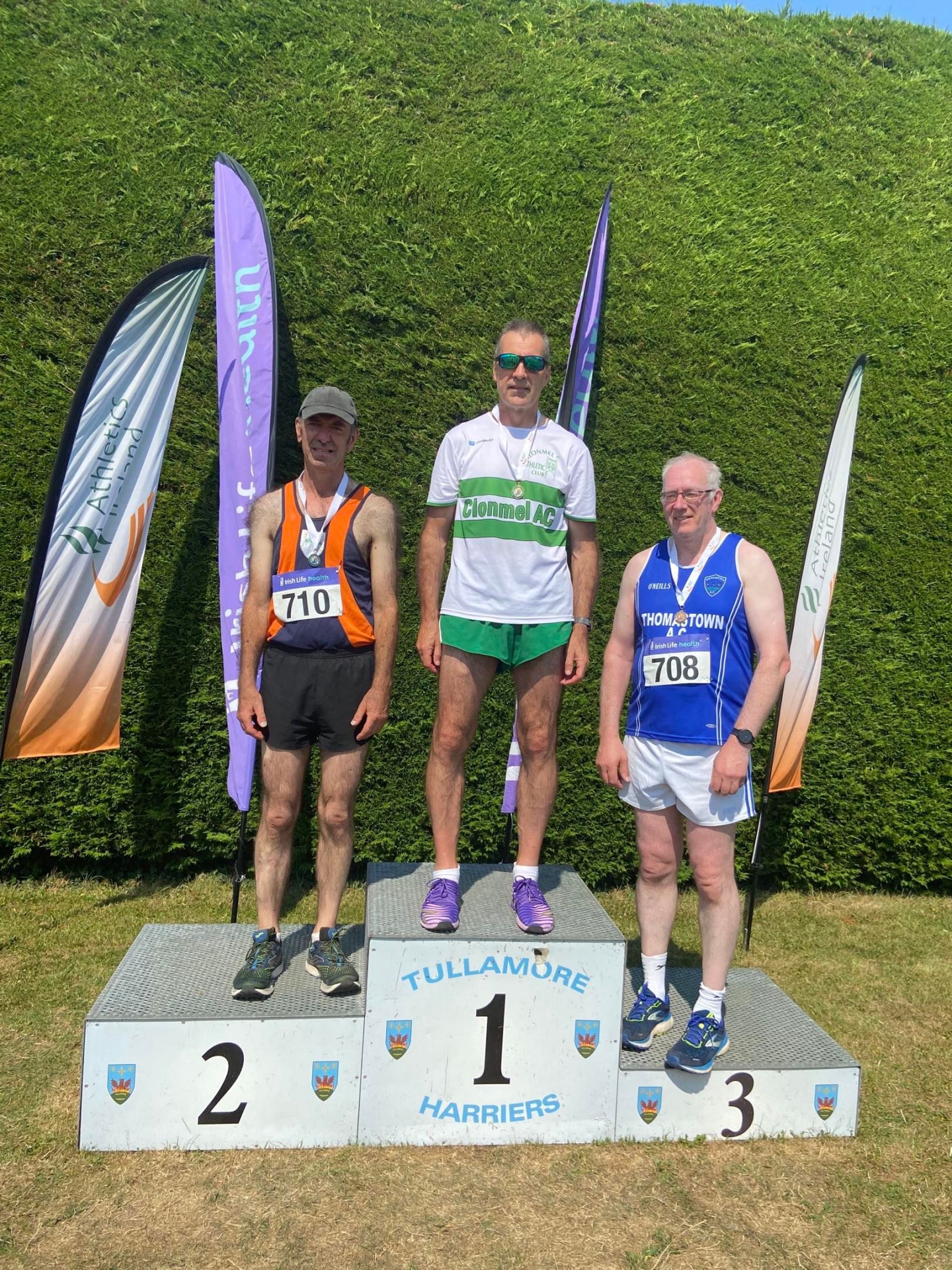 He then made a move to get out in front as they approached the mile mark. At this point he was comfortable with his technique and drove on, pushing through 3k in 17 mins 10 secs. With an unassailable lead, he eased to the line in a time of 29 mins 53 secs to retain the national title he won for the first time last year.
The Clonmel club’s third competitor at these championships was Noel Howley, who had the arduous task of competing in all the middle distance events; no mean feat for a man in the over 70 category, and in the extreme weather conditions.

Above: Clonmel Athletic Club's Noel Howley competed in the 800 metres and 5,000 metres

Noel’s first event was the 800 metres final over 70. Here he put in a great effort, especially over the final 300 metres when finishing fifth in 3 mins 25.50 secs.
Then about two hours later he competed in the 5,000 metres race in what were very warm conditions. Noel once again ran a great race when finishing fifth in 26 mins 26.55 secs.
Hazel and John could not let the day go by without remembering their dear friend, training buddy and clubmate, the late Bernard ‘Pinky’ O’Neill, who was due to compete at this Masters event.
A club singlet was placed on a lane before the start of the race in which he would have lined up.

The Clonmel club extends sincere thanks to Athletics Ireland and Irish Masters officials and athletes for allowing the members to pay tribute to ‘Pinky’.