The late Liam Quinn, of Holycross - a very accomplished and champion athlete and sportsman

An Appreciation: A very well-known and popular character who excelled at sport and storytelling 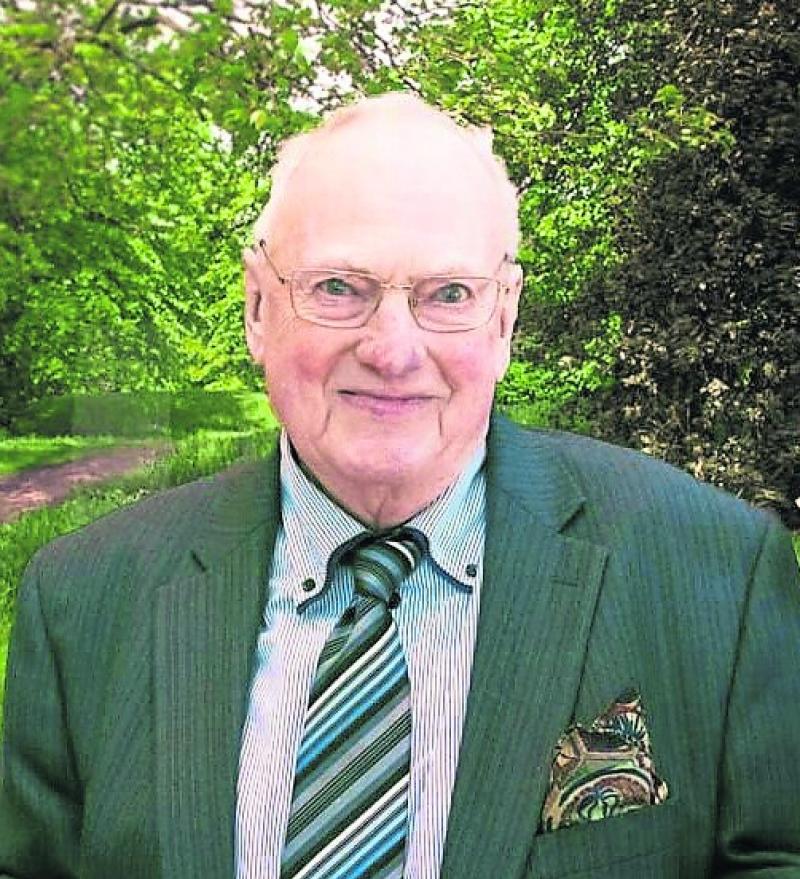 As a lone piper led the funeral cortège of Holycross man Liam Quinn through the picturesque village last week, the sun shone brightly from a clear blue sky and the low-level River Suir which he oft times swam in flowed gently by.

These were familiar sights and sounds for the 86-year-old from Gortnagow - a Holycross man to the core who lived most of his life in the parish, except for a few years spent in St Albans in London in the late 50s and 60s following his marriage to Maire (Dunne).

Holycross Ballycahill GAA club flanked Liam on his final journey to the famed Abbey and it was a fitting tribute to a man who was something of a boy wonder during his early days. He won all around him - Croke, Dean Ryan, White and two Dr Harty Cups with Thurles CBS; County and Mid Senior Hurling titles with Holycross Ballycahill; a National Hurling League title with the Tipperary seniors; and Munster and All-Ireland minor titles with the Premier County too, including a provincial title as captain in 1954.

A serious back injury sustained in a junior football game put paid to a hurling career which could have reached extraordinary heights, but Liam never cribbed about his misfortune - he just got on with it.

He was also a very accomplished and champion boxer with Thurles Boxing Club; played rugby with Thurles Rugby Club; was a very fine athlete; and was a great supporter of soccer and Holycross FC. He took to the game of darts later in life and that competitive streak came out in him again, as he mastered the game and went on to win over 200 tournaments.

All of this time his wife Maire was by his side. They raised their family, first in the UK where Liam had a gardening business with his fellow parishioner Jim Ryan Agent; and then back at home in Gortnagow when he returned to take over the family farm.

Liam and Maura added to their family and they were to try their hand at dairy, beef, tillage, beet, sheep, root crops and other ventures on the land, before he established a timber delivery business with his friend Jacko Hayes.

All through his life, Liam Quinn was an exceptional storyteller. He was the centre-stage man with stories aplenty and he loved telling them in company. He was popular and much-loved, generous to a fault, and had that great roguery about him that everybody loved. Some of his stories and tales have gone down in legend - the punchline always left those he held enraptured doubled in laughter.

Fr Liam McSweeney, Chief Celebrant of Liam’s Requiem Mass and cousin of Maire, described him as a strict father who expected his children to measure up. He instilled in his children a strong work ethic and always helped out charities and organisations through his constant generosity and charitable deeds - a fact borne out by his eldest son Nicky who delivered a touching eulogy at the end of Requiem Mass.

Liam donated the land for the current Holycross National School, the graveyard and the Padre Pio Gardens and was dedicated to his faith and the Rosary.

Liam and Maire were married for 63 years and as well as welcoming nine children, they also delighted in their seventeen grandchildren and their two great grandchildren. They were family people and loved nothing more than having them all around.

Tipperary has lost a hero; Holycross Ballycahill parish has lost one of its proudest sons; but the Quinn family has lost their rock.

A devoted husband and life-long friend to Maire; a loving father and grandfather to the children; a caring brother; and a true friend to many, Liam Quinn has left a lasting legacy which lives on in the memories he has helped create in his very full and well lived, almost nine, decades amongst us.

The large gathering at the family home since news of Liam’s passing became known, and also that which attended Requiem Mass and burial were testimony to the regard Liam and the Quinn family are held in. They came from far and near to pay their final respects and to offer their support to his family, his many friends and to the bereaved.

May he enjoy the delights of the Heaven he believed so fervently in and strived so diligently to reach.