Swan the only team in the group without a win 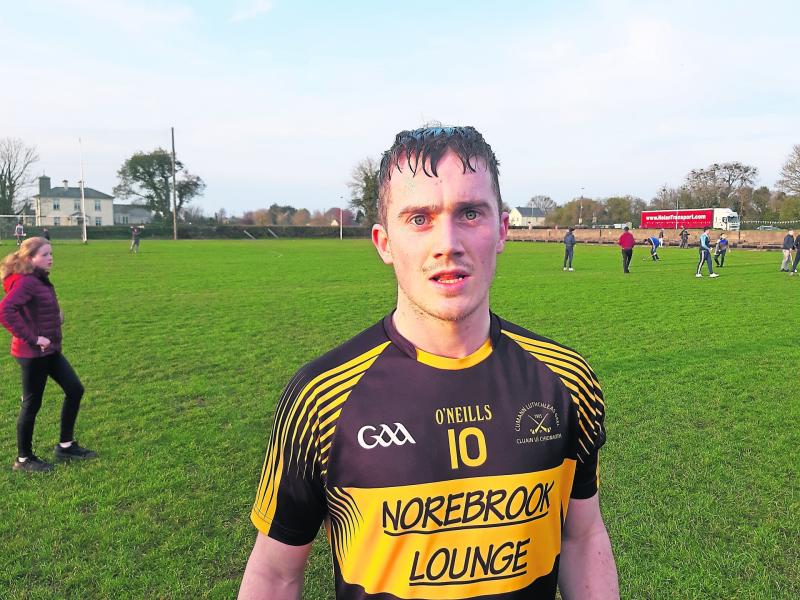 Despite a typical battling performance, Carrick Swan are rooted to the bottom of group four in the FBD Insurance County Intermediate Hurling Championship following an eight-points defeat to Clonakenny at Littleton on Saturday evening.
A second defeat leaves Swan pointless and the only team without a win in the highly competitive group, with Cashel King Cormacs at the top on four points and Clonakenny and Portroe both on two points.
The deserved win for Clonakenny has their campaign back on track following a first round defeat to Cashel. Three first half goals, two from Nicky Ryan and one from Cian O’Dwyer, set them on their way, and they were never headed after the brilliant O’Dwyer equalised, after Cory Ryan opened the scoring with a Swan point after just thirty seconds.
In a pulsating encounter, the play swung from end to end, with some marvellous score-taking. However the mid side always had a slight edge. Cian O’Dwyer was imperious from play and placed balls, with a huge total of 1-15, 1-5 from play. Joint captains John Joe Ryan and Bobby Bergin both had huge games and Nicky Ryan was a major threat upfront, and his two goals set the side on the way to a crucial victory.
The three first half goals helped Clonakenny to a 3-9 to 1-11 half-time lead. While the third quarter saw a spirited Swan revival that brought the margin back to a single point, Clonakenny outscored the south men 0-8 to 0-2 in the final quarter to run out comfortable winners in the end.
Carrick Swan enjoyed their purple patches when they threatened to overhaul Clonkenny, thanks in large part to the remarkable contribution of Gavin O’Halloran. In the space of two minutes midway through the first half, he hit three wonder points from play. Then nine minutes from the break, with the game slipping away from Swan at 3-5 to 0-7, he rifled a free to the net, as the Carrick men hit 1-2 without reply to force their way back into contention.
However, the Swan difficulties at both ends of the field were evident to the management on the sideline and in a double substitution five minutes before the break, they brought on Jamie Holloway and Colin Waters for Kevin Lanigan and Colin Loughman.
Swan were struggling to make a telling impact upfront but that wasn’t a problem for Clonakenny. After the sides traded the opening two points, Nicky Ryan was quickest to react to a free lobbed into the danger area and he shot to the net past Adam Kerwick. Cian O’Dwyer pointed two frees to make it 1-3 to 0-1 after nine minutes.
Owen Harrigan replied from play and O’Halloran from a free but back came Clonakenny, O’Dwyer pointing after a great run, and then Nicky Ryan hit his second goal to make it 2-4 to 0-3 midway through the half.

Gavin O’Halloran single-handedly dragged Swan back into contention with three superb points from play but the good work was undone when Clonakenny struck for their third goal, O’Dwyer cutting in from the right side and shooting past Kerwick, whose attempted block just failed.
Within seconds a Bobby Bergin point put the mid men 3-5 to 0-6 ahead. However the Swan heads never dropped. O’Halloran from a free and Nicky Ryan exchanged points, before O’Halloran caught the Clonakenny defence off-guard to find the corner of the net from a free. Aaron Dunne pointed in the next move and O’Halloran did likewise from distance to reduce the margin to three points, 3-6 to 1-9.
By half-time the lead had moved to 3-9 to 1-11, with Clonakenny points from two O’Dywer frees and one from play, and Swan replies from Cory Ryan and Aaron Dunne.
The decibel levels from the Swan supporters rose considerably after the break, as the team played their best hurling of the game. O’Halloran pointed two frees in the first four minutes and even when Bobby Bergin replied for Clonakenny, back came Swan with great scores from Scott Hogan and Owen Harrigan to make it a one-point game, 3-10 to 1-15.
It really should have been level after Cory Ryan missed a great chance following good build-up play from Dean Waters and O’Halloran.
However Clonakenny weathered the storm after a wobbly ten minutes. Nicky Ryan was through on goal for his hat-trick but Kerwick brought off a super save for a 65 that O’Dwyer pointed. O’Dwyer extended the lead from a Michael John Carroll pass, and even though O’Halloran brought it back to a two-point game, 3-12 to 1-16, midway through the half, the Carrick men were only to score twice again.
Clonakenny closed out the game in some style, going on to score five without reply. The unstoppable O’Dwyer hit a super point, John Joe Ryan, added another, O’Dwyer pointed a monster free from deep in his own half, John Ryan ended a great move from deep in defence with an inspirational score and O’Dwyer pointed another free to make it 3-17 to 1-16 six minutes from time.
O’Halloran, from a free, had the first Swan score in ten minutes and Aaron Dunne added another, but Cian O’Dwyer closed out a personal virtuoso performance, and an impressive team display, with three more points, one a 65 and two from frees.
Clonakenny: Stephen Russell, Brian Mullally, John Costigan, Cian Russell, Diarmuid Ryan, Willie Ryan, Pronsias Matthews, Delacy Byrne, John Joe Ryan 0-2; Michael John Carroll, Bobby Bergin 0-2; Cian O’Dwyer 1-15, 0-8 frees, 0-2 ‘65s; Nicky Ryan 2-1; Peadar Byrne, Matthew O’Sullivan.
Substitutes: Conor Shanahan for O’Sullivan, Paul Bergin for Michael John Carroll, Stephen Maher for Bobby Bergin.
Carrick Swan: Adam Kerwick, Daniel Walsh, Stephen Hahessy, Billy Murphy, Scott Hogan 0-1; Colin Loughman, Gavin O’Halloran 1-10, 1-6 frees; Aaron Dunne 0-3; Kevin Lanigan, Dean Waters, Eric O’Halloran, Ben Mulcaire, Owen Harrigan 0-2; Danny O’Hanlon, Cory Ryan 0-2.
Substitutes: Jamie Holloway for Lanigan, Colin Waters for Loughman, Taylor Fleming for Harrigan, Jack Murphy for Waters.
Referee: Michael Kennedy (Newcastle).