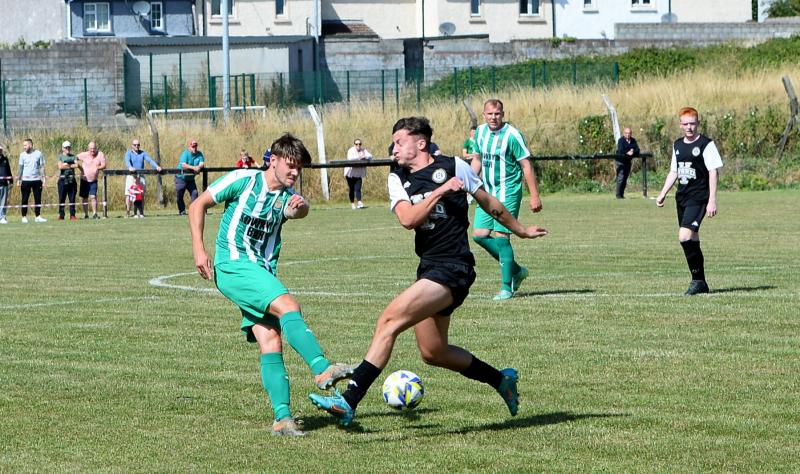 Newly-promoted Wilderness Rovers hosted Premier League champions St Michael’s in Clonmel on Sunday morning in a repeat of the Tipperary Cup final played barely two months ago, and suffered the heartbreak of a late goal denying them a share of the spoils.
After being hit with suspensions and injuries over recent weeks, the hosts might have faced into this game with a little bit of trepidation.
However, the players that started the game showed that they have a depth in their squad that is likely to make them a tough opponent for anyone this season.
The intensity and desire was clear to see in the first half, with the Wilderness coming close on many occasions to taking the lead. Shane O’Meara was the closest, only to see his shot hitting the crossbar before being scrambled away to safety.
But the Saints are not serial champions for nothing and they had their chances too, constantly keeping the home defence honest by testing them regularly.
Nevertheless, for all that, neither team could break the deadlock for 85 minutes, and it looked like a share of the points was on the cards.
That was until the visitors got a corner kick in the final minutes, and veteran Chris O’Higgins showed why he has been so important to the club over the past decade and more, rising like a salmon to head to the net.
After that, as they always do so well, the Saints shut up shop and controlled the rest of the game to ensure a winning start to their season.